We've got your back(s)

It’s been a while since I poked my head in so I thought now is as good of a time as any to get back into the swing of things.  I’ll start by saying things are going well considering the enormous challenges we have trying to keep the product flowing.  As I’ve mentioned before we’re working about 8-10 months out with a target of getting to a 12-13 months out.  I think we’ll reach our goal by the middle of this year if all goes as planned.  We’re making progress and starting to dig in on the last couple of sets for 2010.  We’re still going to have challenges along the way but we have a good handle of our priorities and will try to communicate issues as they arise.

The Brave and The Bold

We’ve moved the release date to April 14th, 2010.   Official previews will begin within the next 30 days or so.

Moving a release date even a couple of weeks is a difficult decision and causes an immense amount of work.   In this case, given that Chinese New Year fell right in the middle of TB&TB’s production cycle, we thought it was best to move the date and give ourselves just a little breathing room.  For those of you that don’t know, the new year celebration in China runs 7-21 days and shuts down most manufacturing operations.

Many of you have already seen the information on the solicitation regarding the pre-order requirement in order to get OP kits.  The new order requirements should curb the abuse we saw with the Hammer of Thor OP kits while still keep the program accessible to those stores that support the product line.  I still expect some bad apples but we’ll deal with those on a case by case basis.

Buy it By the Brick

To understand why we moved away from the in-store program it is important to understand our one of our goals for the program – We want to reward consumers who purchase a brick with a unique, compelling figure.  As such, it is likely that the Brick figures may be larger, heavier and cost significantly more to produce than a “regular” figure.

In the case of Hammer of Thor, we were fortunate that we could create a reasonably sized alternative to the original Chariot Brick figure so that we could produce them in sufficient quantity to have a successful in-store program and keep shipping cost to a minimum.

The mail away model we are using for TB&TB is similar to previous BBB redemptions except that if demand should exceed supply, we will ensure that customers who redeem their figures within a certain timeframe will receive an unnumbered Brick fig.  We’ll let everyone let everyone know what the reprint timeframe is should it become an issue.

These were the cards we sent to ICV2, I think something went sideways when they converted them from PDFs to JPGs 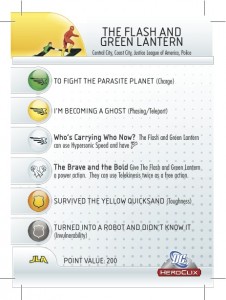 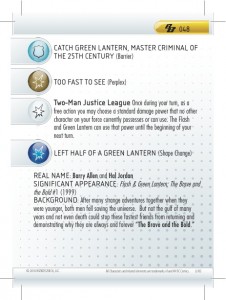 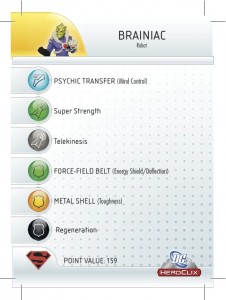 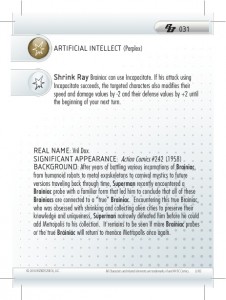