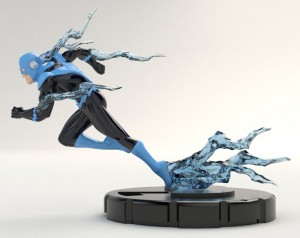 The Fastest Man Alive inspired many worlds and universes when he sacrificed himself to save them all, and had risen to near sainthood by the time he was suddenly reborn.  As he struggled to uncover the secrets behind his own return, the Earth was plunged into the Blackest Night.  The Flash found the hope he inspired in others made him worthy to join the Blue Lantern Corps, and that his rebirth might hold one of the secrets to bringing the Blackest Night to an end.

The DC HeroClix Blackest Night Starter Game will be in comic and hobby stores on May 12, 2010.  The Starter Game includes everything you need to play HeroClix: seven HeroClix figures, the 2010 HeroClix Rulebook, a map (The Oan Sciencells) and more–reserve your copy at your local retailer! 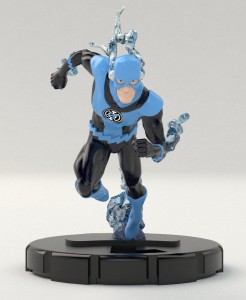 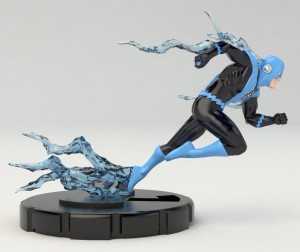