Well, April Fool’s Day has passed.  Despite loaning a hefty sum of money to a deposed prince that contacted me over email, I remain upbeat and ready to talk ‘Clix.

Today, I have more DC HeroClix: Brave & The Bold goodness, previews, updates, and more.  We have a lot to cover, so let’s get moving.

When I speak (or in this case write) about HeroClix, I like to give the fans as much context to the decisions that we make as I can.  We try hard to get it right, and we enjoy hearing feedback (hopefully positive).  It is important to show our fans the thought process that goes into our decisions and let them know that we listen.

Several people have messaged me about continuing a blog series that I started a couple of years ago, where I explained different Brand Development philosophies and the rationale behind our decisions.  I plan to, but right now, I’m assuming you want to see the shiny new products that we have coming out.  Maybe after convention season, I’ll repost and wrap up the series.

1)      Have new figures that make existing HeroClix players and collectors happy. We always want to debut exciting new characters that have yet to appear in HeroClix.  With booster releases, we can showcase characters that no other comic licensor has the bandwidth to show off.  We also want to update figures that fans demand to see new versions of in boosters.

2)      Have fresh new versions of figures for comic book fans. When we have the ability to “ride along” with hot storyline events, we produce figures in sets (and Starters) that feature those characters.  With great stories like Blackest Night, we recognize that comic fans will want new versions of characters featured in the storyline.  Our licensing partners are great, and sometimes, we get amazing scoops on upcoming new editorial (like we did this week).

4)      Explore new ground. Each HeroClix set gives us a new canvas to develop new ideas, game mechanics, and “hooks.”  With Special Powers being a part of the game now, this is a little easier to accomplish without adding in too much extra complexity.  When fans embrace an idea (like Minion), we will continue to support it.  We definitely are wary of “rules creep,” but, in addition to each set having a story/character identity, new takes on gameplay and force-building are also important.

5)      Revisit past concepts, using current knowledge. Some ideas take time to germinate, and the data that we receive from players once a set hits the market is invaluable.  This topic is relevant to today’s Brave & The Bold preview, as with this set, we’re approaching a classic HeroClix concept that dates all the way back to Infinity Challenge in an all-new way.  We combined a previous idea with new possibilities that exist in current HeroClix.

Sneakily, I have put this topic in the fifth slot to build a segue.  Shhh… Don’t tell anyone.

Two years ago, when I first joined WizKids, the company had changed the product configuration of HeroClix radically.  The new booster release model, from Avengers on-ward, departed from the original REV system of HeroClix.  If you’re new to HeroClix, (first, thanks for checking out our game) you’ll need a little explanation.  If you’re one of our hardcore players, you can skip the text below and move on to the pretty pictures.  You may have done that already.

The acronym REV stands for Rookie-Experienced-Veteran.  In the first approximately twenty booster releases for HeroClix, multiple versions of a character existed in a set using the same sculpt.  They had different point costs and dials.  Some figures at higher rarities had tweaks to their sculpts and paints to show off the evolution of the character.

With Avengers, the game departed from REV, introducing unique, dynamic figures with each set.  The decision to remove REV from HeroClix was a polarizing decision among players, and many arguments in comic-book shops and on message boards have transpired regarding the right path for the game.  With the new system, fans got more visually distinct releases with less set constraints.  Under the old system, force-building was more flexible and players had more variance of abilities with figures.  I’ll explain.  It can be hard to capture all of the abilities of some superheroes (I’m looking at you, Superman) on one dial.  As a game designer, REV allows you to show different aspects of a character without worrying about getting all 20 colors on one dial, because this may be the only time the figure is released.  REV allows for more intra-set flexibility.

As you probably can tell by my writing, I’m not sure that there is a “correct” REV decision.  Both systems have their merits and drawbacks.  With Brave & The Bold, we decided to try something a little different.

What if you could take a handful of characters and do an updated 2010 version of REV?  With the arsenal of keywords, Special Powers, different paint options, and updated tournament formats, we thought it would be interesting to release a sampling of these “new REV” figures in Brave & The Bold and gauge fan interest.  We think that they can provide dynamic content for fans of the new system, while giving force-building flexibility and variety to fans of the old REV system. 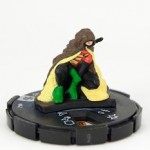 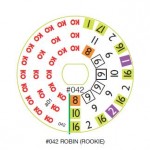 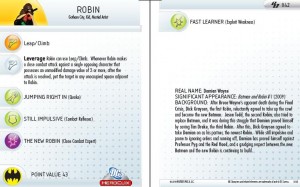 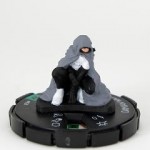 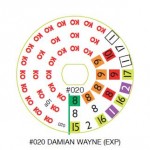 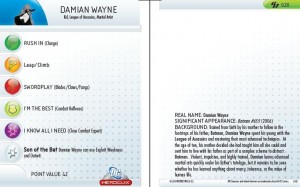 By using alternate paints and by focusing on different aspects of his character, we had the opportunity to do two interesting versions of Bruce Wayne’s son, Damian Wayne.  In one version, he neatly plugs into a League of Assassins team, providing low-cost punch.  In his heroic (or at least vigilante) identity, he’s willing to team with Batman to mete out justice.   The paints, dials, and team affiliations clearly separate the two identities of one interesting character.

We’re committed to showing visual differences between both new REV characters and upcoming LEs.  The visual identity of each sculpt should have its own unique look and feel.  Will we do updated REV in the future?  It all depends on you, the fan.  Brave & The Bold allowed us to try a unique twist on an old idea, and we’re excited with the results.

Well, by getting to this point, you earn a merit badge for article reading.  Thanks for sticking around and we’ll chat next week.  With Brave & The Bold’s release approaching rapidly, expect bonus information on the set to arrive in heaping helpings.  Next week, I will show off a fresh take on this updated form of REV that involves not-so-little green men.

P.S. I have seen a couple people guess the fourth Alter Ego.  We have clever fans.  I’ll spill the beans (or in this case, bean) next week.