First, thank you for your patience. I know everyone is eager to see brand new, exclusive stuff from Marvel HeroClix: Web of Spider-Man. We had a little trouble last week getting this article to fire, and this week, there has been too much awesome HeroClix news.  Check out the previous posts to catch up on the juicy bits. Also, if you’re at San Diego Comic Con, stop by the NECA booth and check out the awesome Colossal Dr. Manhattan and bonus Web of Spider-Man sculpt previews.

As you guys have been waiting, I’m going to cut out most of my planned preamble and get to the figs quickly. On today’s menu, we’re previewing our wall-crawling friend himself, Spider-Man. Those that read the Norman Osborn preview will remember that, in Web, we decided to try a new spin on the Alter Ego mechanic. We’ve had a chance to see the villainous version of Alter Ego, but what about the heroic?

One of the drivers of success of the Spider-Man comic is Peter Parker. Peter perfectly captures the anxieties and quirks of life, giving the reader an easy vantage point into the life of an angst-ridden teen. Spider-Man, a dynamic super-powered character, provides a great counterbalance to Peter’s not-so-simple life. While Peter has trouble getting the girl and paying the rent, Spider-Man has larger problems, usually of the Sinister variety.

When we decided to try out the Alter Ego mechanic in a Marvel set (and for the second time), we decided to try it in “triplet” form. You saw one execution of it previously with Norman Osborn-Iron Patriot-Green Goblin. Early on, we knew that a “black-suit” Spidey would be on our setlist, but we also had a full-suite of Spideys that had to be included. In fact the main problem with creating Web was that there were too many great choices. This is a happy problem in set design. Maybe, someday, we’ll see Web of Spider-Man II. 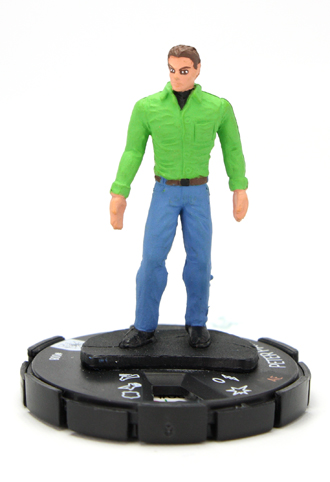 Peter is a nice simple, straight-forward Common piece. The options that he lends provide an intriguing twist. 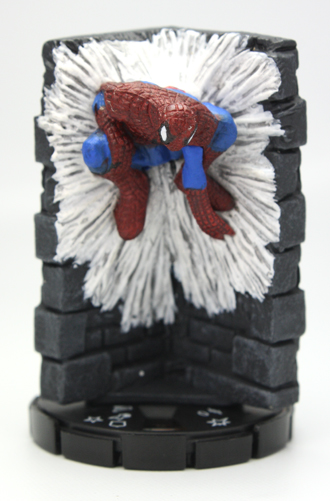 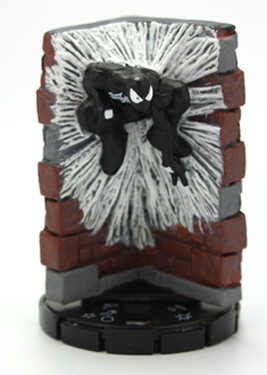 Veteran Clix players will note the new Web mechanic on the figs (Click on them!). With the set, our design team indicated early in the set creation process that they would like the option of using Spidey’s webs in new and interesting ways. With dozens of Clix sets, coming up with a new execution for the Wall Crawler’s webbing seemed like a novel way to make the characters fresh.

How do you get Web tokens you ask?

Well, you could use any number of things as a special terrain marker, but I recommend getting a couple of these- 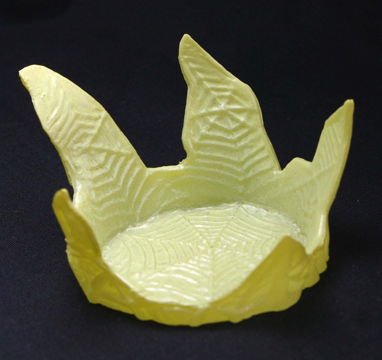 These web tokens will be included in the Web of Spider-Man OP Kit, and will be prize support for in-store play. We’ve been trying out 3-D objects in our Organized Play offerings, and by-all-accounts, you guys are digging them.

We hope the trend continues.

Well, I’m going to keep this post short and sweet. With the next post, expect a return to the verbiose and grandiose…

I’m joking, but we will dig a little deeper into the R&D creative process in the next Web preview.