Here we are again with another installment for your Web of Spider-Man Print and Play collection, and you will love playing this ATA at your local Venue’s next Tournament! 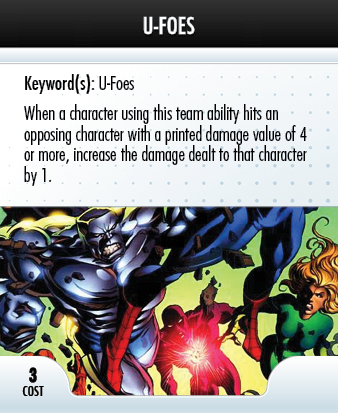 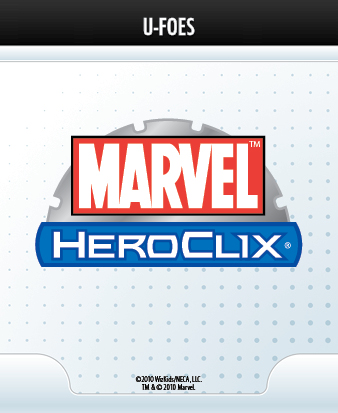 Led by the sinister Vector, the U-Foes (Vapor, X-Ray, and Ironclad) are a dark reflection of the Fantastic Four, having also gained their powers via Cosmic Rays.  Unlike the Fantastic Four, the U-Foes use their powers purely for their own benefit and have clashed with the Hulk, the Avengers, and most recently helped trigger a series of events leading to Norman Osborn’s Siege of Asgard!

As you can see, the U-Foes ATA is designed to help them take down your opponent’s heavy hitters, be they Gamma-irradiated goliaths or Asgardians! At only 3 points per U-Foe, you can play all four members and the ATA for 300 points exactly!

So what are you waiting for? Assemble your U-Foes, print out the ATA and surprise your opponents at your Venue’s next event!