“Nothing’s ever easy in Easy…”

Today’s preview is a double-barreled shot of combat action as we check in with men of Easy Company.

Let’s start off with the fighting joes of Easy Company.  The Easy Company Soldier is prepared to bring the fight to the enemy with consistent combat values and an excellent array of powers for their cost.  Combine this with their “Commanding Officer” special power and they become even more effective on the battlefield! 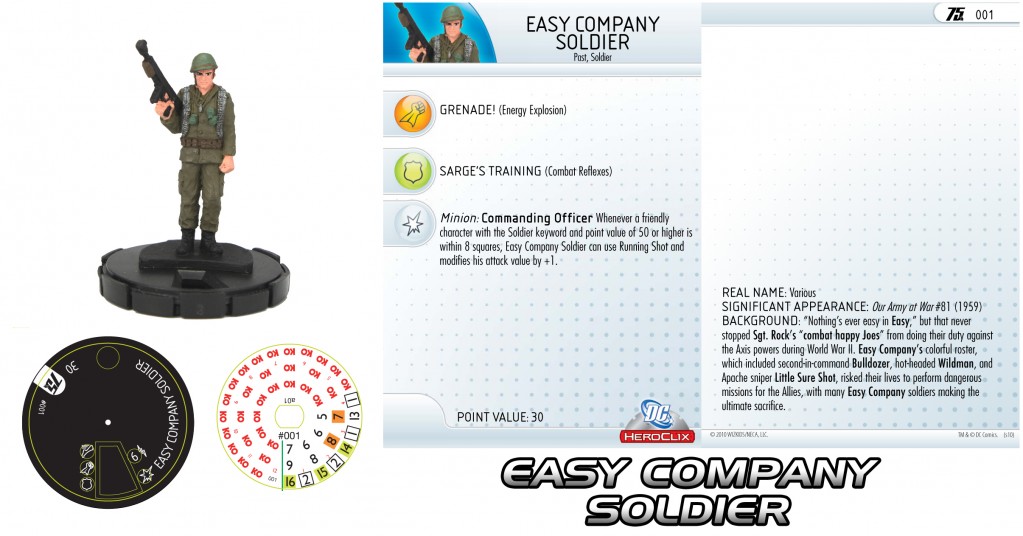 But as good as Easy Company is, they wouldn’t be the heroes they are without the able leadership and inspiring command of their “Topkick”, Sgt. Rock:  (click on image below) 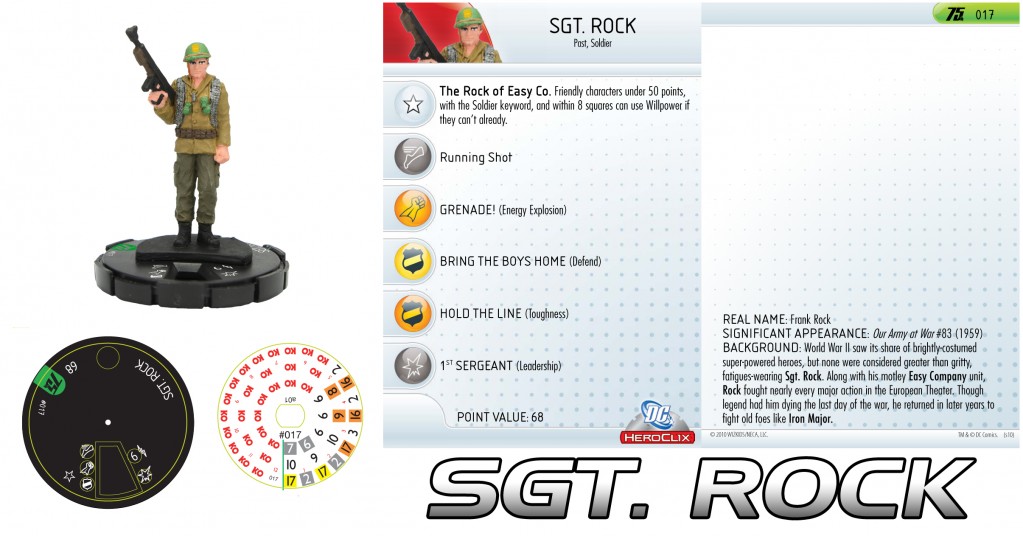 The “Sarge” definitely lives up to his rep! Opening dial Defend helps keep his squad safe from harm while his “The Rock from Easy Co.” Trait represents Rock’s ability to inspire soldiers under his command to greater heights of heroism! Willpower is always a welcome addition on the battlefield and this Trait is no exception.

Sgt. Rock’s Indomitable ability helps get him to where he’ll do the most good as well.  Need to take that hill? No problem for this joe.  Sgt. Rock stands ready to lead your men to victory.

Yep, while “nothing’s ever easy in Easy”, these soldiers are certainly going to make it tougher on your opponents!

Thanks for joining us for the latest installment.  We’ll see you all back here next week for even more previews from DC 75th Anniversary!