Today’s preview races at us from the Golden Age of comics.  Fans of the All-Star Squadron, and the Flash are all familiar with this fleet-footed reporter from a bygone era.

Everyone give a warm welcome to another new addition to the Heroclix universe, Johnny Quick! 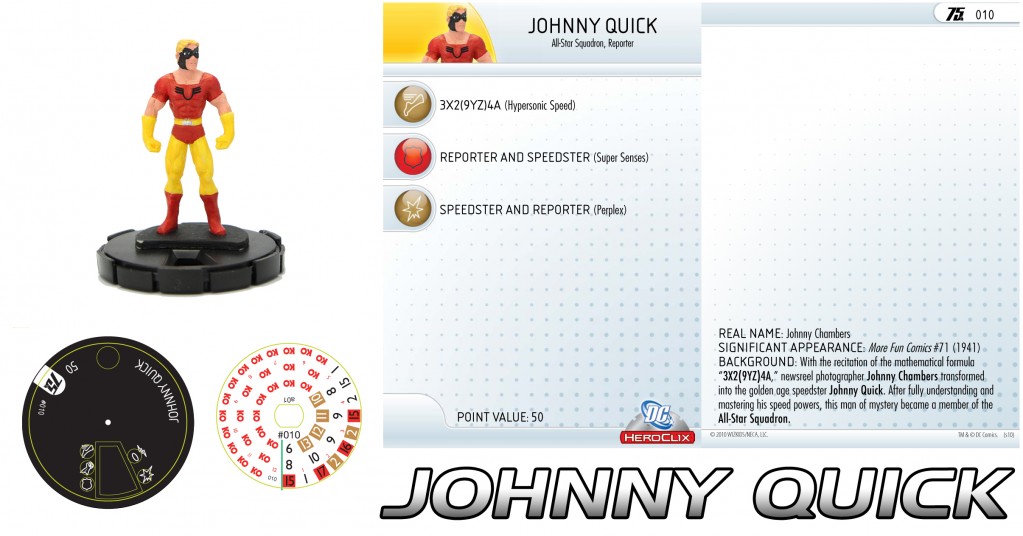 Looking at Johnny, we can see he’s just starting out in his career (he’s a Rookie).  However, once he recites his mathematical mantra (“3X2(9YZ)4A“), Johnny springs into action ready to dispense swift justice and a helping hand.

Armed with Perplex, Johnny is a wonderful asset who also brings inexpensive Hypersonic Speed to your force.  And with more of his fellow All-Stars (there are several!) in the set, Johnny won’t be feeling lonely when you reach for him to use on a theme team!

So the next time Per Degaton or the Ultra Humanite launch a nefarious plot, you know who will be the first to arrive at the front lines!

That’s all we have for today, but join us later in the week as we visit a hidden kingdom and a certain brachiating monarch!