Before we all slip into food-induced comas and engage in manic shopping rituals, I am very happy to present you all with a very special preview today.  While he may not assume the form of a turkey very often (if at all), today’s preview is, nonetheless, quite the character.

I am very pleased to present you all with none other than Gar Logan, the incomparable Beast Boy! 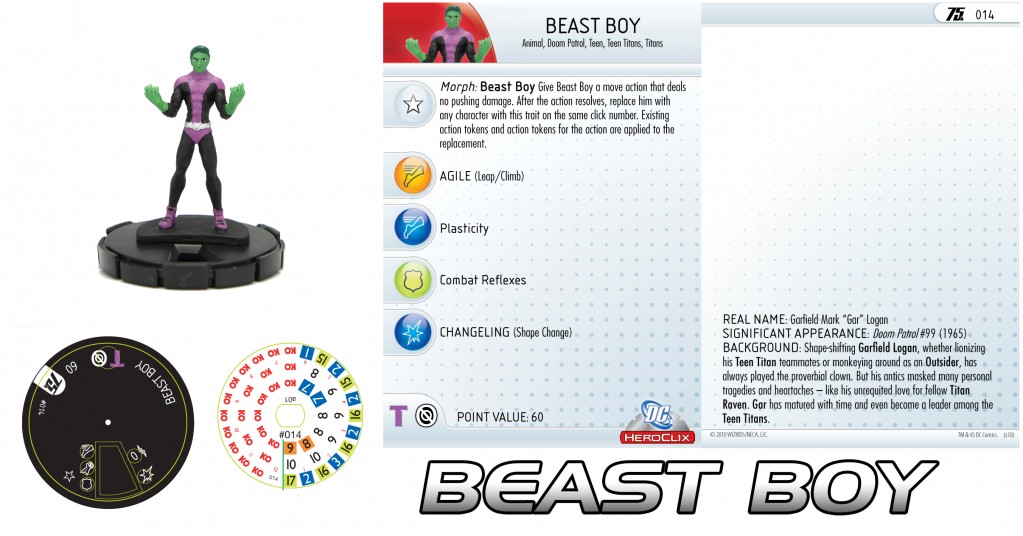 Beast Boy’s dial brings a nice array of combat values and powers, but it’s that Trait that really makes Gar shine.  Morph: Beast Boy allows you to switch out Gar (or “BB-Prime” as we called him in playtesting ;)) for any one of his other forms also found in this set!

That’s right, give “Prime” a Move action and move him where you need him to go, and then switch him out for the form you want to use! We’ve had a lot of fun with this figure, and we’re sure you will too!

Speaking of his other forms, let’s check them out! We’re going to start out on the brawny side with Beast Boy (Bear): 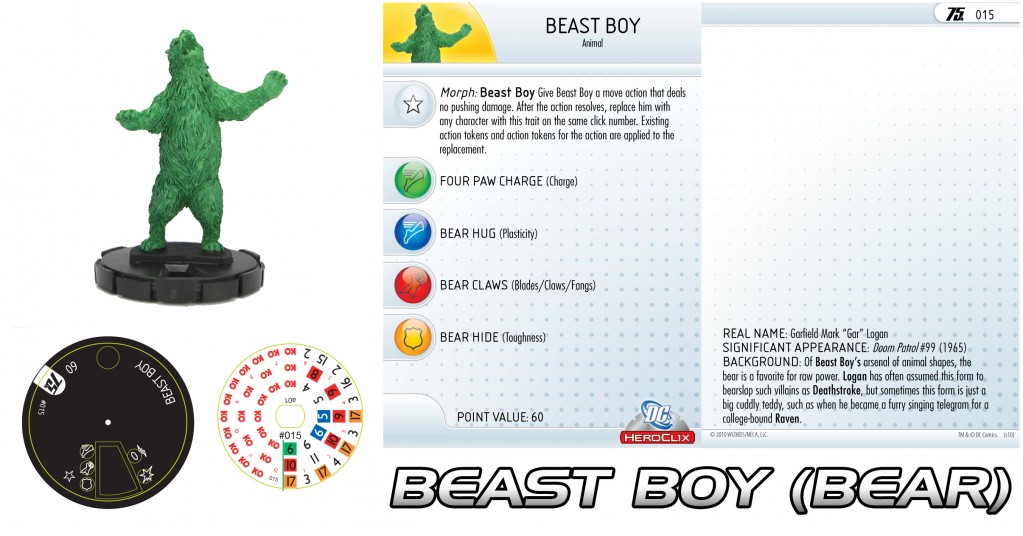 This is one bear who is interested in more than picnic baskets! Opening Charge and almost full-dial Blades/Claws/Fangs gives this figure sufficient bite for your points! A mid-dial Bear Hug (Plastciity) prevents your opponents from easily getting away and then there’s that Trait again.  Tired of slapping folk around as a Bear? That’s cool.  How about racing around the map as a Cheetah? 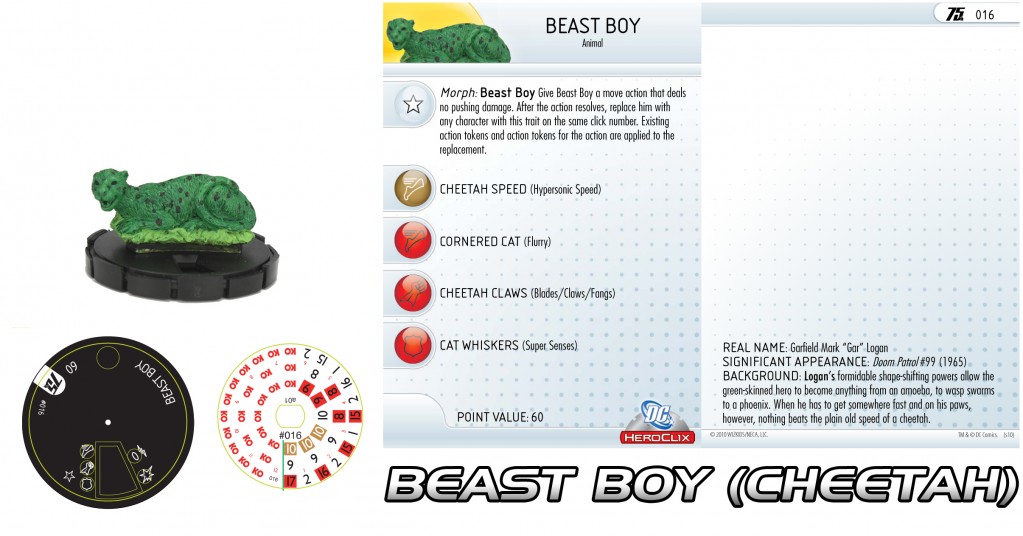 What Gar sacrifices in damage output, he gains in speed when he assumes the form of the Cheetah.  Hypersonic Speed may seem an odd fit for a regular Cheetah, but it’s definitely apt given Gar’s superhuman nature and his experience with his powers.  The late-dial Flurry and Blades/Claws/Fangs is always a welcome sight as well.  Either way, you’ll enjoy running around the map harassing your foes with Beast Boy’s Cheetah form.

And if you’re still not sure you’ve done enough to traumatize your opponent, there’s always the last (in this set anyhow!) form you can give Gar; the T-REX! 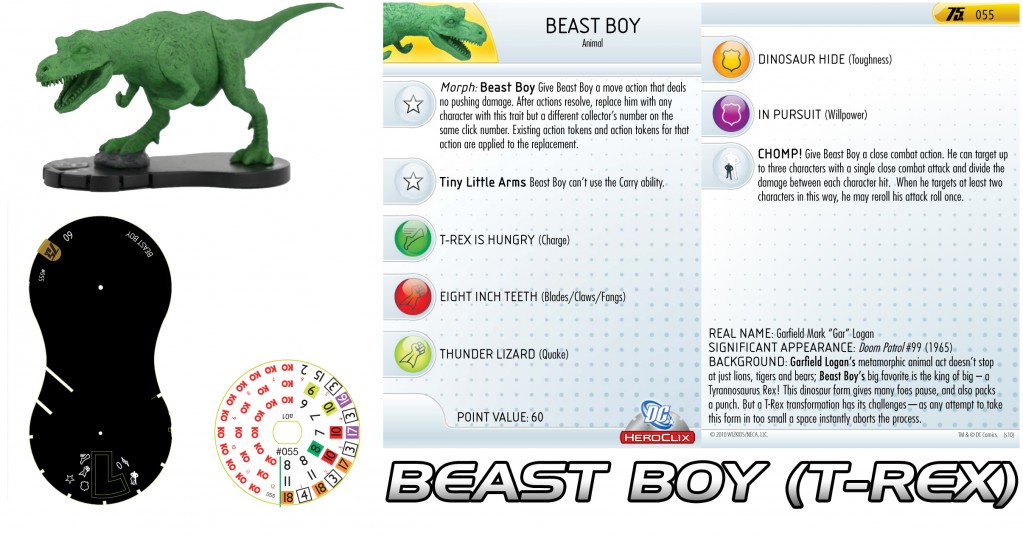 In this form, you know Beast Boy isn’t fooling around!  Solid combat values all down the dial and a great array of powers make the T-Rex form every bit as imposing as it should be.  The CHOMP! Special Power is especially handy as it allows you to target multiple opposing figures with one attack (my, what big teeth he has!) and even re-roll the attack once if you target more than one character!  Sure, Gar can’t carry anyone (he’s got these tiny, little arms) but that big mouth will make up for that!

And after all of that, if Beast Boy takes damage over the course of the game, you can revert back to “BB-Prime” and use the Titans TA to heal him up!  And let’s not forget that Outsiders TA as well.  Whether Beast Boy’s leading the charge or supporting his teammates, we’re sure you’ll find him to be a useful and entertaining addition to your force, just like his friends do!

That’s all we have for now.  As always, thanks for joining us for this preview.  Best wishes from our family to yours for a safe and happy holiday weekend!