All You Need Is Love

As promised, today we pay a visit to the creators of the Star Sapphires, the Zamarons! 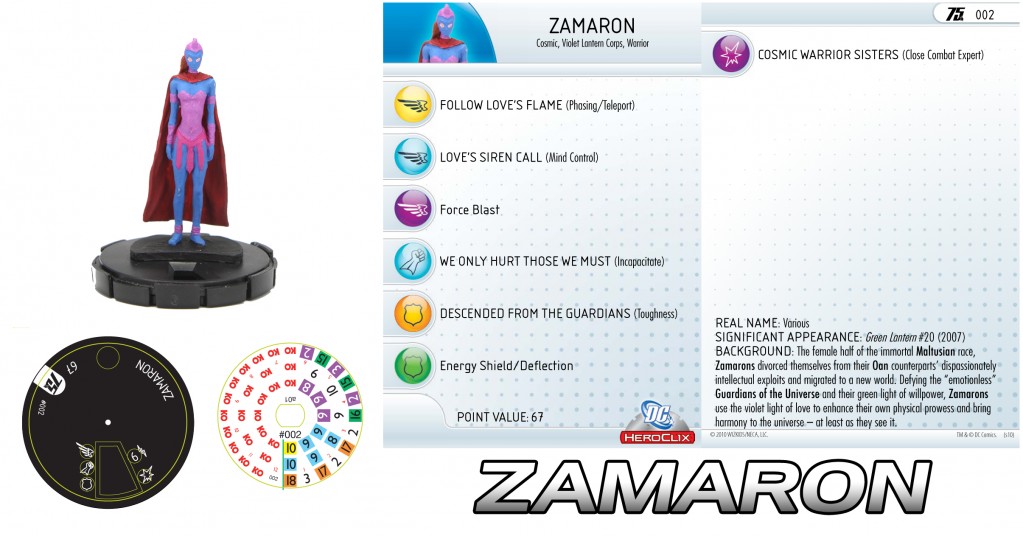 While the Zamarons long divorced themselves from their more stoic brothers and sisters, the Oan Guardians, they have retained a great deal of their cosmic might! At just 67 points the Zamaron warriors are a great asset to various forces, whether you’re running a Violet Lantern or Cosmic theme team, or if your strategy is like mine you’ll take advantage of those “blue” powers and maximize the use of their Incapacitate and Mind Control!

Consistent combat values, a diverse power selection, and the potential to damage even the most invulnerable of foes on almost every click means that the Zamarons are more than able to protect their Queen.

Speaking of which, no visit to Zamaron would be complete without paying homage to Queen Aga’Po! 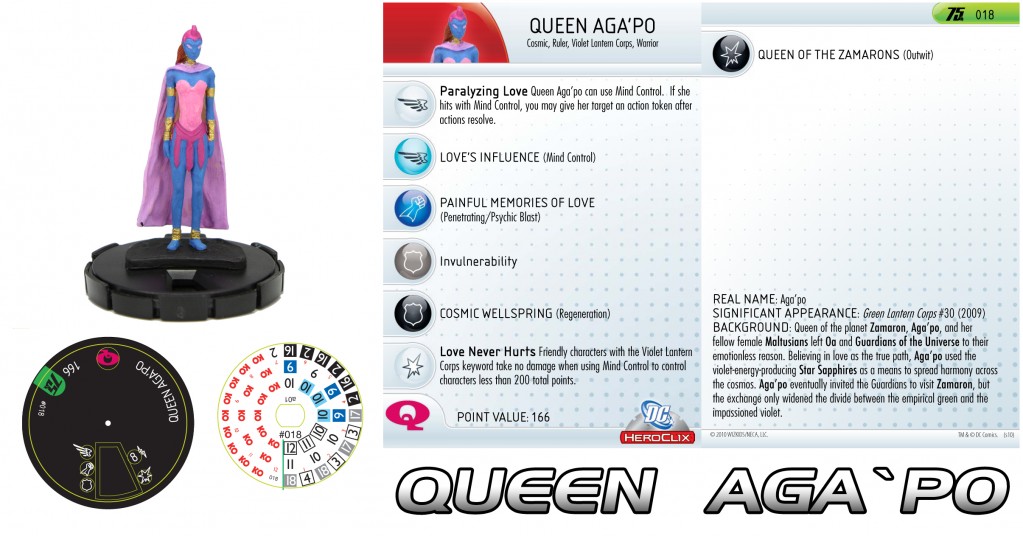 Queen Aga’Po is a force to be contended with.  At 166 points, she is one of the least expensive figures with the Quintessence TA and also presents a nice “double-whammy” option for players choosing to field a Violet Lantern/Mind Control team.  Queen Aga’Po’s “Love Never Hurts” special power prevents feedback damage to her Violet Lanterns provided they use Mind Control on targets of less than 200 points, and her own “Paralyzing Love” special power adds injury to insult by placing an action token on targets of her own Mind Control!

Combine that with great combat values, Penetrating/Psychic Blast, and some late dial Outwit and Regeneration and you have a great powerhouse to lead your Violet Lantern Corps into battle!

That’s all we have for this week, but join us next week as we check in with a certain scarlet speedster, as well as take a sneak peek at what potential battlegrounds DC75 may have in store for us!

Have a great weekend all, and keep on Clixin’!