Let THIS Be Our Battleground! 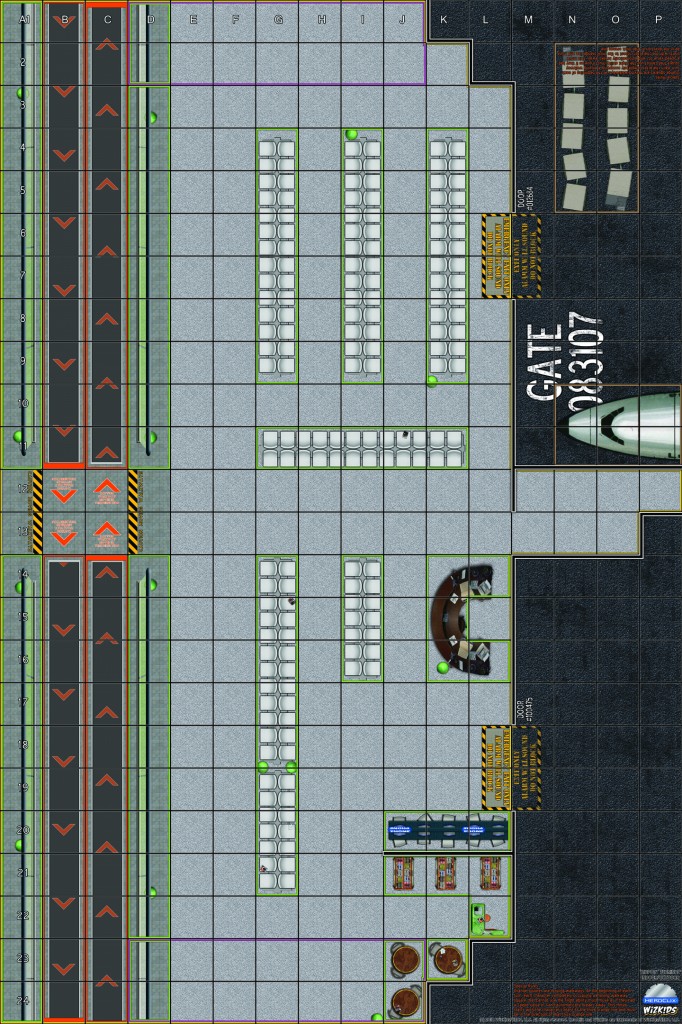 At first glance, this seems to be a pretty normal HeroClix map; we’ve got some Hindering Terrain, some Blocking Terrain, and some Outdoor/Indoor areas as well.  But what’s this? “Moving walkway” terrain?

Let’s take a closer look at the text here:

Next up, we journey to the distant home planet of Hawkworld! 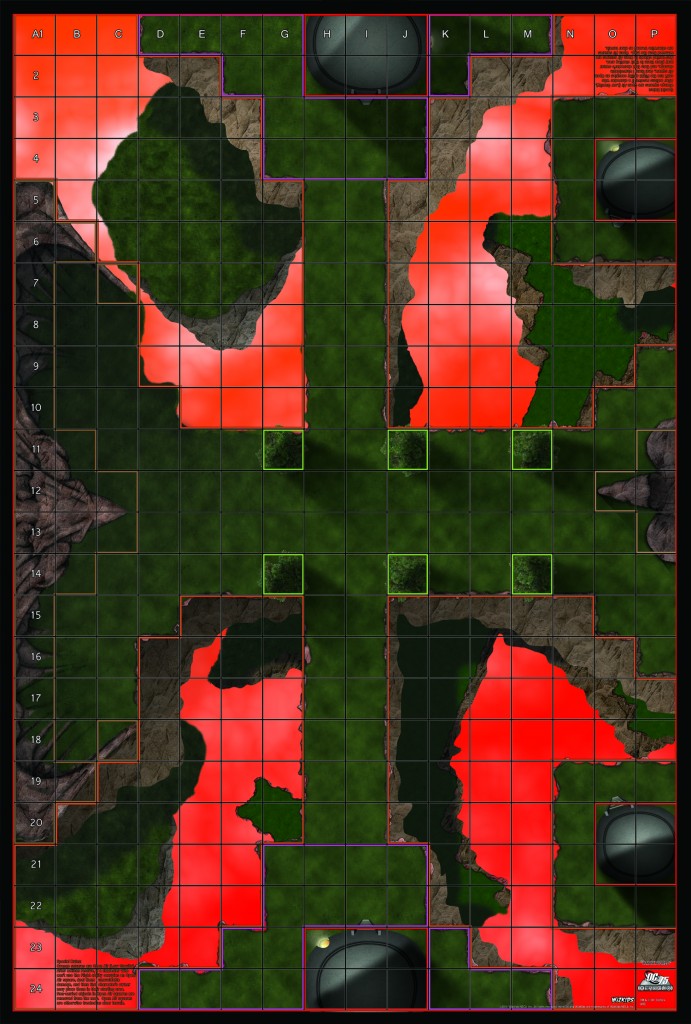 With so many maps based on Earth, it’s really cool to see another planet represented in HeroClix!  And let’s take a closer look at the Hawkworld map text:

Wow! We’d better watch that first step! Seriously though, with very little Blocking and Hindering terrain, mobility will be key.  Manuever your forces into position to best take advantage of Hawkworld’s terrain, and victory will be your’s!

Only one week to go, but there are still a few more previews to come! Join us on Friday as we continue with our OP Kit previews and check in with some guys who don’t monkey around!