We begin today’s preview with a one-time Amazon and Titan, Troia! 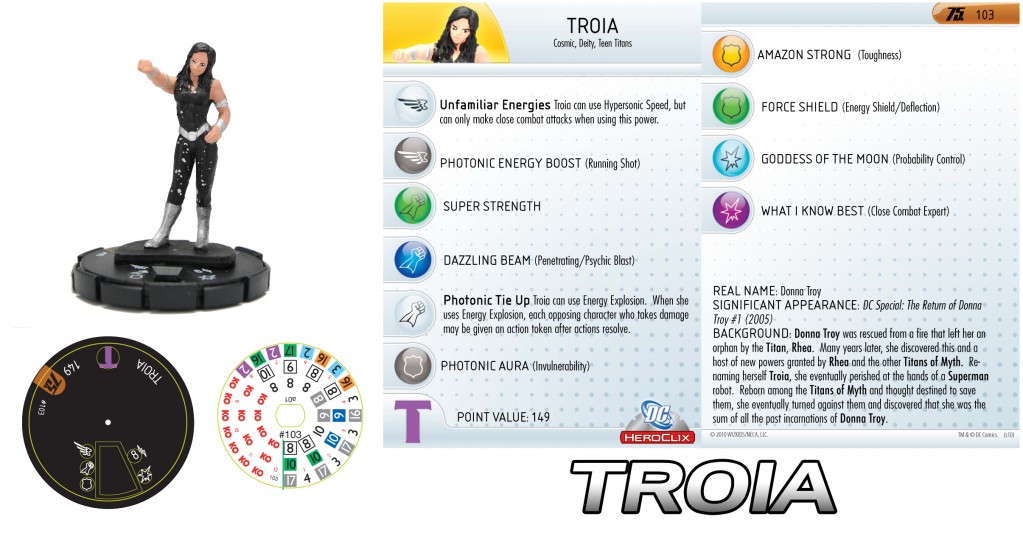 As you can see, Troia brings a host of great powers and combat values to your team.  At only 149 points, Troia is a fierce combatant thanks to some early-dial Hypersonic Speed (courtesy of her Unfamiliar Energies special power) and Super Strength.

Mid to late-dial, Troia becomes more of a ranged combat fighter as she picks up Running Shot with Penetrating/Psychic Blast and then the Photonic Tie-Up special power.

Next up we have Impulse! 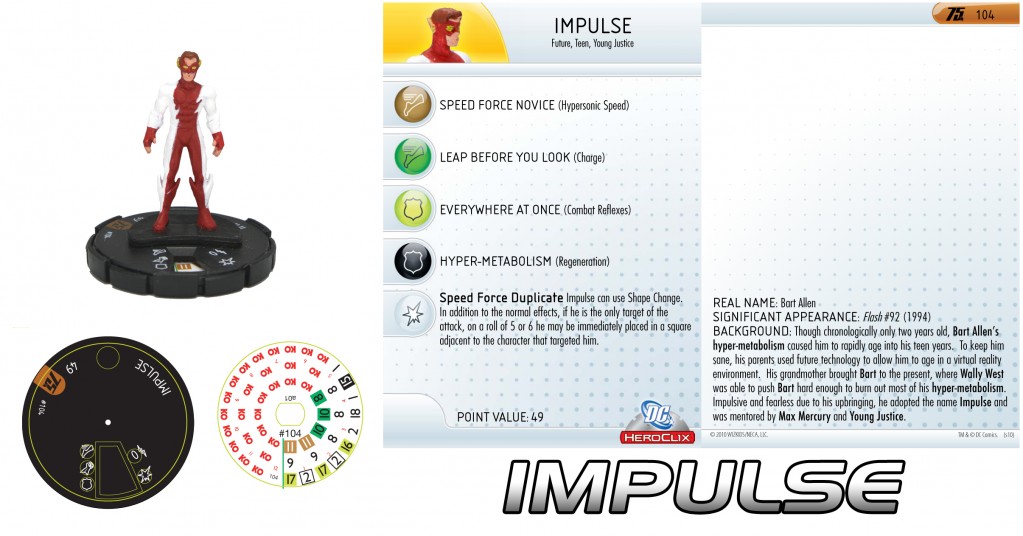 This is a Bart Allen as he first embarked upon his superhero career.  As Impulse, Bart was a member of Young Justice, fought alongside the Flash, and adventured with the Legion of Super Heroes.

At only 49 points, Impulse will easily compliment many different strategies where some additional mobility is desired.  Hypersonic Speed ensures that Impulse will harass your opponent’s figures while a combination of Combat Reflexes and the Speed Force Duplicate special power will help keep Impulse safe from harm.

Impulse continues on the offensive mid to late-dial as Hypersonic Speed gives way to Charge, and late-dial Regeneration will give him a chance to stay on the battlefield after taking a couple of hits!

Rounding out our preview today, we have Ice Maiden! 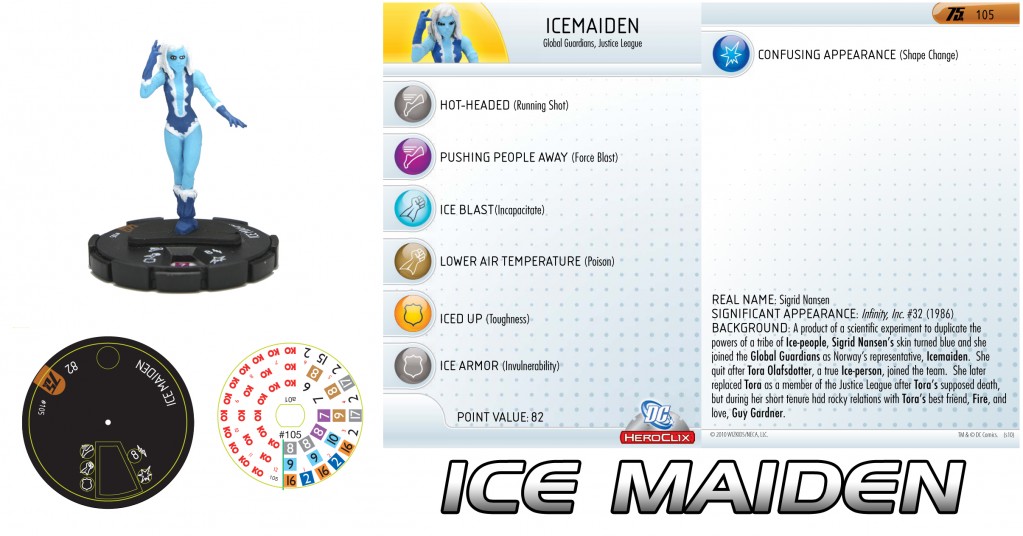 Fans of the Global Guardians and Justice league will recall Sigrid Nansen’s brief stint as Ice Maiden on both teams.  While her powers were artificially gained, she was no less heroic and fought valiantly alongside such heroes as Amazing Man, Blue Devil, and others, and her figure is no less effective!

At 82 points, Ice Maiden brings some great early game ranged combat options with both Running Shot and Incapacitate on her dial.

Her mid-dial Invulnerability ensures that she is able to get in the thick of your opponent’s forces while her Incapacitate becomes Poison for some extra damage options.

I hope you’ve enjoyed this sneak peek into the OP Kit for DC 75th Anniversary.  Tomorrow we will finish up the OP Kit with a look at the Special Objects included, and of course Wednesday is Release Day!  Of course, the fun doesn’t stop just because the set is finally out, so join us on Release Day for a very special preview!