Today we finish up our look at the DC 75 th Anniversary Organized Play (OP) Kit with a look at the special objects! 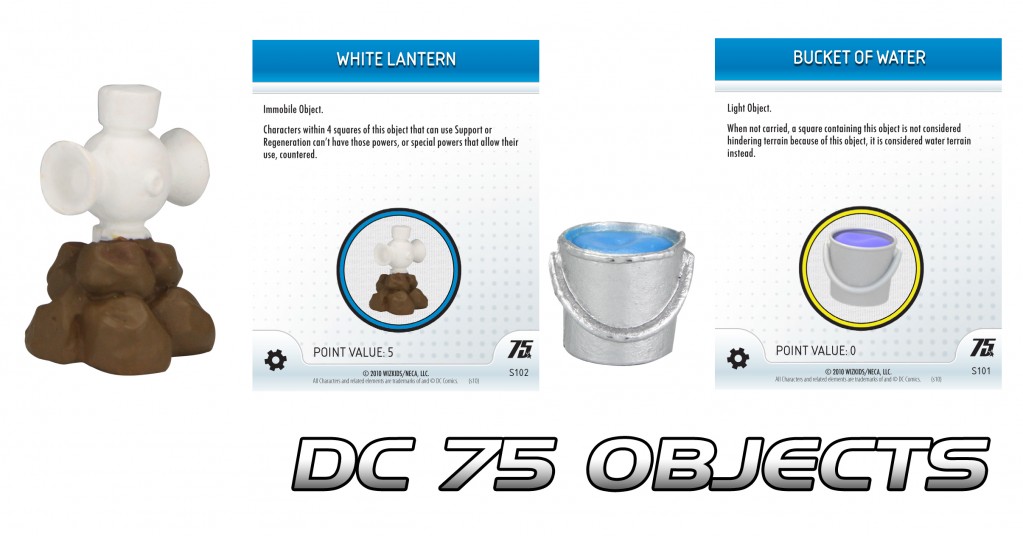 As you can see, DC 75th Anniversary includes two special objects for players to compete for and win.

While the Bucket of Water is seemingly harmless, there are plenty of figures out there that can take advantage of its terrain-altering properties; Thor; Frog of Thunder,  Aquaman (Brightest Day or DC 75th),  Ocean Master, and more!  The ability to strategically place water terrain where it will do you the most good can make all the difference in your games!

The White Lantern doesn’t alter terrain with its presence, but it does allow your figures to use Support and Regeneration without the fear of having those powers (or special powers that allow their use) countered.  And just as in the Brightest Day comic, the White Lantern cannot be moved (though I would have also liked a clause that allowed the player to have a cheeseburger as well).

Remember, both special objects are available as prizes in the DC 75th Anniversary OP Kit, so be sure to check out your local Venue’s tournament schedule!

That’s all we have for today, but join us tomorrow as we celebrate Release Day with yet another preview! Until then, keep on Clixin’!