Best wishes from the WizKids family to you and your’s for a Happy New Year!

Break out the party hats and the noise makers, because in keeping with WizKids tradition here are some fun New Year-themed PnP elements: 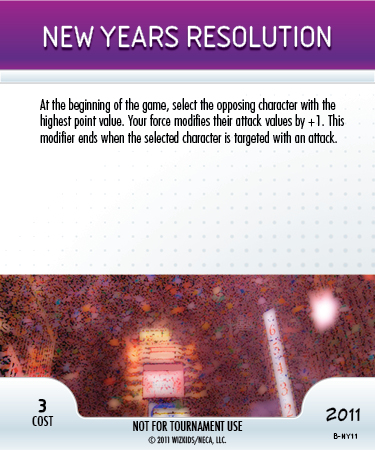 What better way to usher in the New Year than by resolving to pound on your opponent’s toughest fig? Be careful though, like many New Year’s Resolutions, this one will be hard to keep!!! 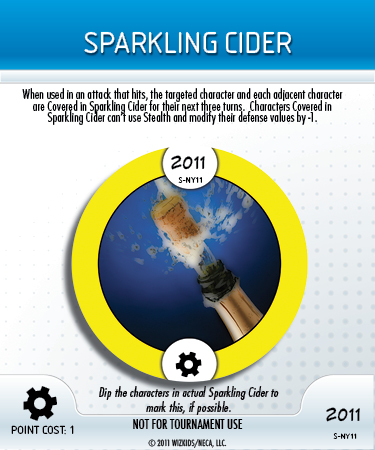