Today we continue our DC 75th Anniversary Print and Play experience with none other than the All-Star Squadron alternate team ability (ATA)! (click images below) 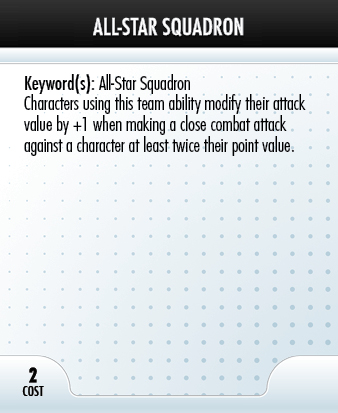 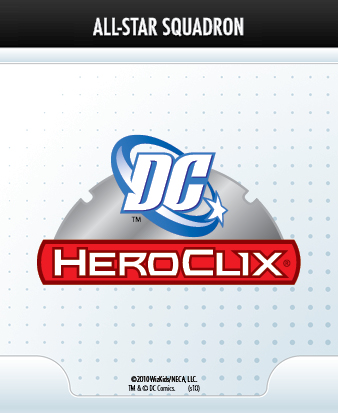 Brought together by FDR himself, several heroes of the Golden Age banded togther in order to battle threats to justice and liberty as the All-Star Squadron! While the roster changed over the years, every member of the team was integral to the war effort and a true hero!

As you can see, the All-Star Squadron ATA gives your figures a combat boost when they’re attacking foes that double their own point value.  This is particularly handy when one considers that many of the All-Stars have point values less than 60 points!

So, print out your ATA, assemble your All-Stars and prepare them for battle!  We’ll be back next week with even more PnP elements from DC75 but in the meantime, keep those figures off their K.O. clix!