Striking from their hidden base, the  House of Secrets (rumored to be in Vermont), Mockingbird’s former minions are now out to make a name for themselves.  Today’s preview is the Secret Six ATA! 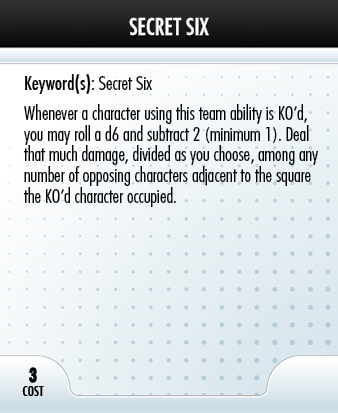 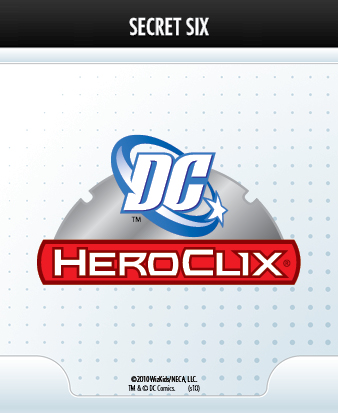 Deadly as a group, now your Six are equally deadly individually! Your opponent will think twice before causally strolling in and taking that knockout swing at your Secret Six figures!

So the next time your Bane (DC 75th Anniversary #057) or Ragdoll (DC75th Anniversary #035) and The Parademon (The Brave and the Bold #030) face off against your foes, be sure to pack the extra punch hidden in this ATA!

Join us tomorrow for our final installment in the DC 75th Anniversary Print and Play offerings and be sure to check out HeroClix.com on Friday for a very special preview!!! Until then, keep those dials off their K.O. clix!