The last installment in our series of Print and Play elements for DC 75th Anniversary is no other than the White Lantern Corps ATA! 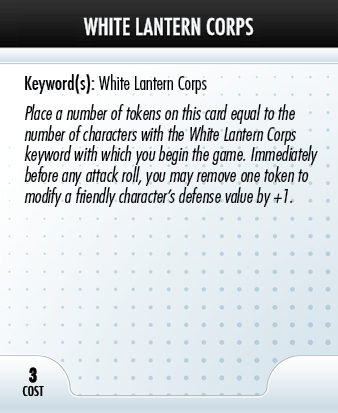 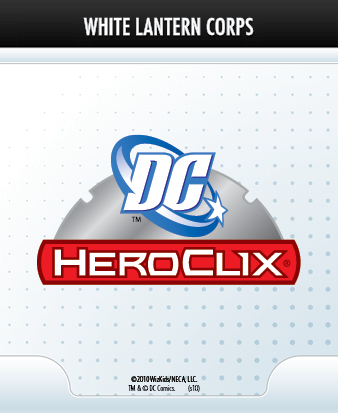 As you can see, the White Lantern protects its own; before any attack roll is made, you can boost a friendly figure’s defense by +1!  Repel the Blackest Night with your own White Lantern Corps and defend your figures from your opponents’ attacks!

So grab a cheesburger, assemble your White Lantern Corps, and battle it out for victory at your local Venue’s next tournament!

Thank you for joining us for this latest addition to the PnP universe.  Be sure to check in with us tomorrow for a very special article that will sure be the talk of the HeroClix world!