Oftentimes I read discussions online regarding “one-figure armies”, or generics being used to fill in the ranks of one’s favorite thematic build.  Well, how about a figure that does both jobs at once? Today’s preview is none other than Madrox! (click on image below) 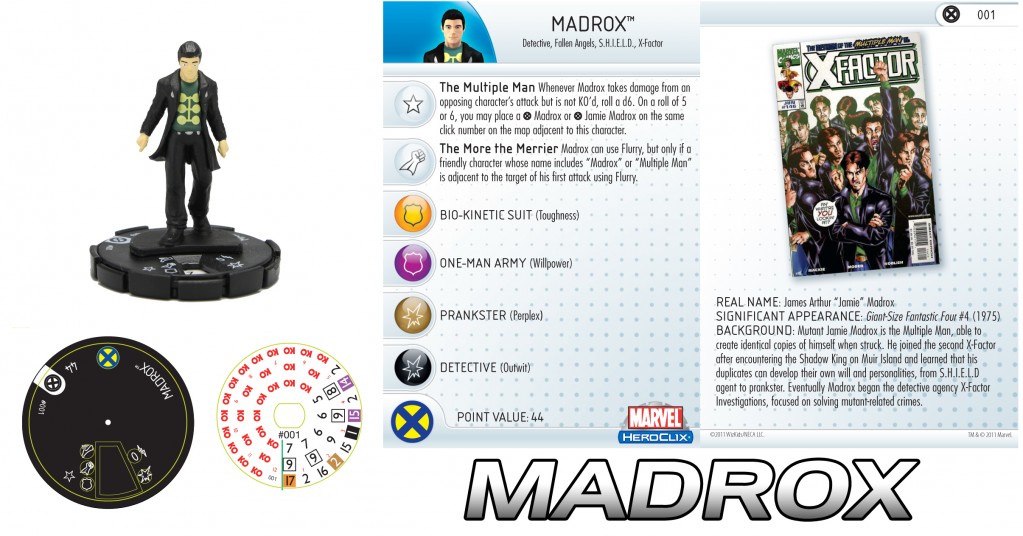 Madrox has consistent combat values but what really makes him shine is his Trait, “The Multiple Man“.  The ability to bring copies of himself onto the battlefield was one we really enjoyed during the playtest process, and resulted in quite a few swarms before the end of many games!

Add to that, Madrox’s special power “The More the Merrier” and you have another reason to send him out to create duplicates.  And in Golden Age-environment games, Madrox becomes even more effective in close combat as his special power can also be triggered by the Multiple Man and Madrox figures from Sinister!

Madrox lends himself well to many different strategies and the ability to reinforce your own team, as well as heal up (or heal others) via the X-Men team ability means that your opponent should never underestimate his usefulness.

That’s all we have for today, but join us later this week for another exciting preview from Marvel HeroClix’s next expansion, Giant-Size X-Men!