Today’s previews are a double dose of dastardly villainy! (sorry, couldn’t keep the alliteration going there) We start the day off with the Purifier! (click image below) 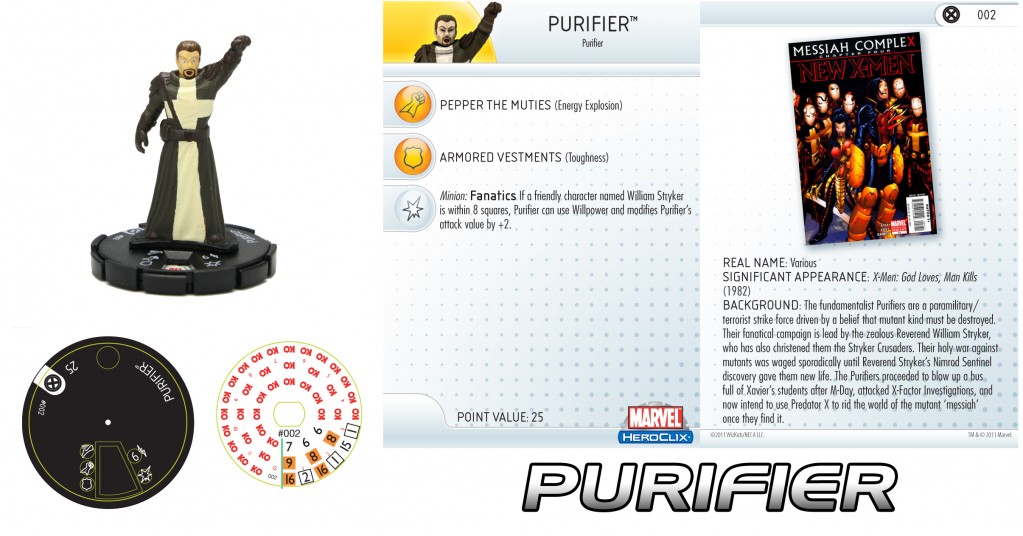 At first glance, the Purifier seems harmless enough but therein lies the danger! Clocking in at only 25 points, Purifiers are designed to travel in packs together shelling out concurrent explosive attacks against your opponents’ figures.  Their Armored Vestments (Toughness) keeps them on the board despite a shorter dial and their Minion power makes them even more dangerous!

That’s right, predictably these fanatics become  deadlier when they’re in the presence of the charismatic demogogue, William Stryker! (click on image below) 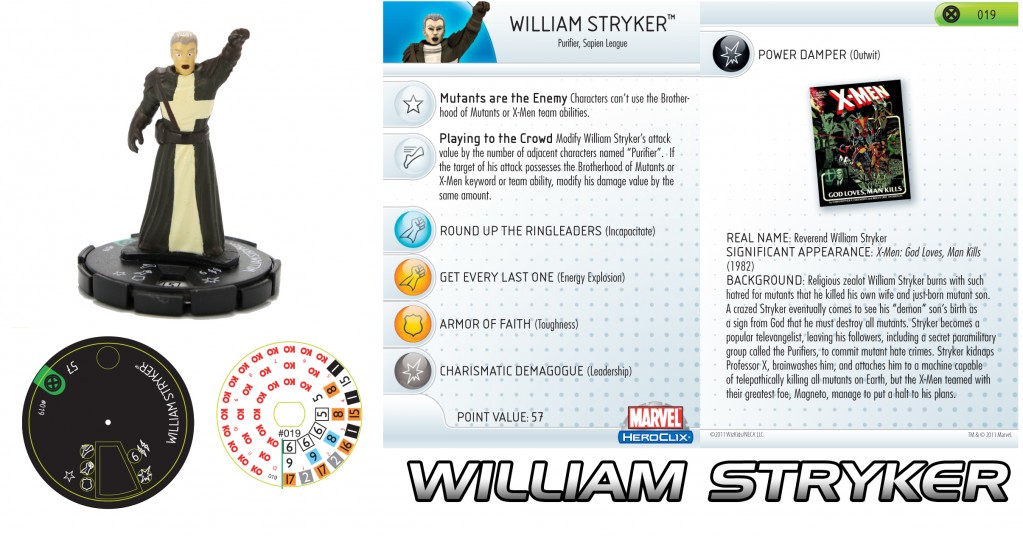 William Stryker definitely boosts the Purifiers’ abilities, and brings a host of useful ones of his own to the battlefield!

First, there’s Stryker’s Trait; “Mutants are the Enemy” effectively shuts down both the Brotherhood and X-Men team abilities so long as Stryker is on the board! No “free move” actions or team ability-based healing for your opponent’s  mutants while this guy is around.

Stryker’s “Playing to the Crowd” special power also gives the Purifier cause a boost; the ability to increase his own attack when adjacent to his followers is useful, but increasing his damage value by the same amount if his target has the X-Men or Brotherhood Keyword or team ability is just nasty!

And let’s not overlook the front dial Leadership, which is particularly useful considering the low cost of the Purifiers and the fact that you can easily field several with Stryker.  Late-dial Outwit also aids Stryker and his Purifiers in their crusade against Mutantkind.

The Purifier and William Stryker wrap up another week of GSX previews.  I hope you’re all getting as excited as I am for this set, and that you’ll join us next week for more previews from the next expansion for Marvel HeroClix: Giant-Size X-Men!