Here There Be Dragons!

Today’s preview comes to us from the far side of the galaxy.  A cunning and celebrated warrior among his race, we are pleased to present Lockheed! (click on image below) 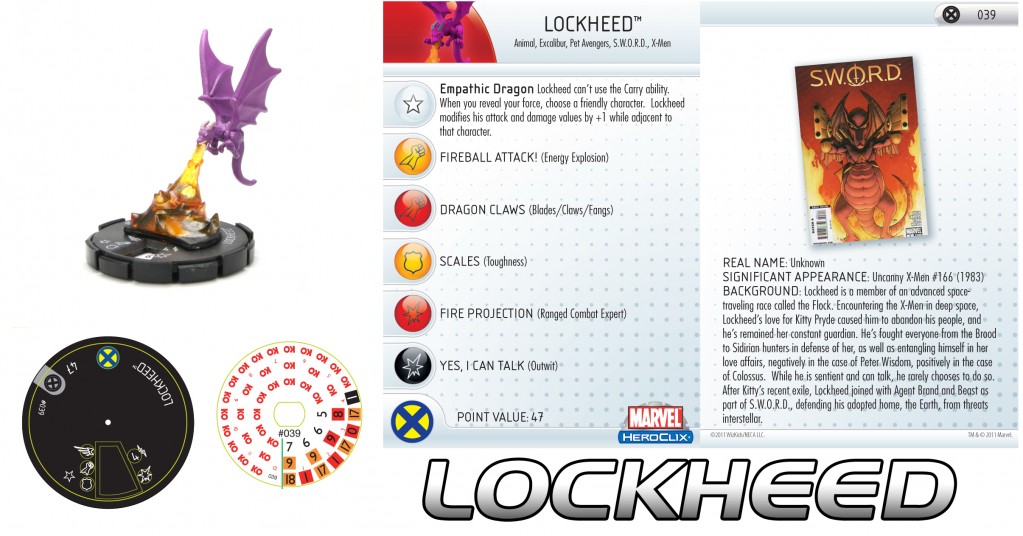 At just 47 points, Lockheed brings a potent combination of both effective support as well as makes a great secondary or tertiary attacker for your force.   First, there’s the Empathic Dragon trait which allows Lockheed to modify both his attack and damage values while adjacent to the targetted friendly character.  Combine this with an aggressive power set (especially for such a “wee li’l dragon”!) and Lockheed becomes the perfect back-up piece to that figure on your force that could use the extra protection.

Late-dial Outwit and Blades/Claws/Fangs help ensure that Lockheed won’t leave the battlefield without a fight, and Toughness protects him the length of his dial.

His consistent combat values and damage potential make Lockheed a great addition to any force, but his Keywords also make him attractive to specific team builds as well.  There are no shortage of X-allies or Excalibur teammates to pair Lockheed up with after all!

That’s all we have for today, but be sure to join us for yet another celebrated monster-fighter who has been known by many names over his long career! Until then, keep on Clix’in!