From Winged Hope to Winged Despair

Today’s previews are a bit of a “before and after” affair as we check in with Warren Worthington III, better known to the world at large as the Angel! 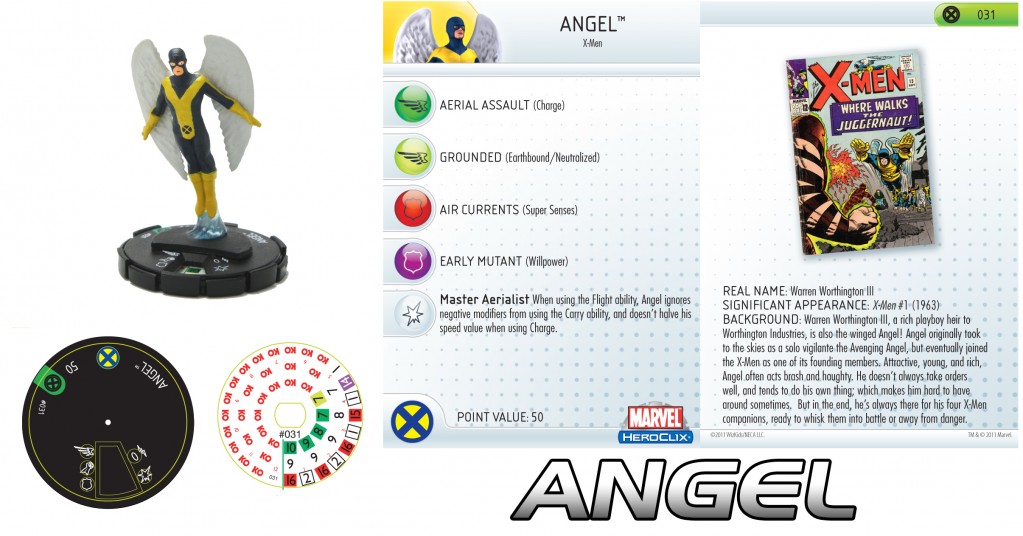 As you can see, this is the Angel who missed role call a few sets back, but now he joins his fellow First Class X-Men ready for action! Early-dial Charge gets Angel into the action as his fellow X-Men manuever into position, or have Angel carry one of his allies into a better spot on the map!  And with his Master Aerialist special power, Angel isn’t halving his movement on the Charge or modifying his speed value while carrying someone.  Super Senses helps protects Angel from harm and gives way to Willpower which may be just the push Angel needs to get to safety.

However, if your team calls for a veteran of aerial combat and a more dangerous antagonist, then perhaps Archangel is the flier for you! 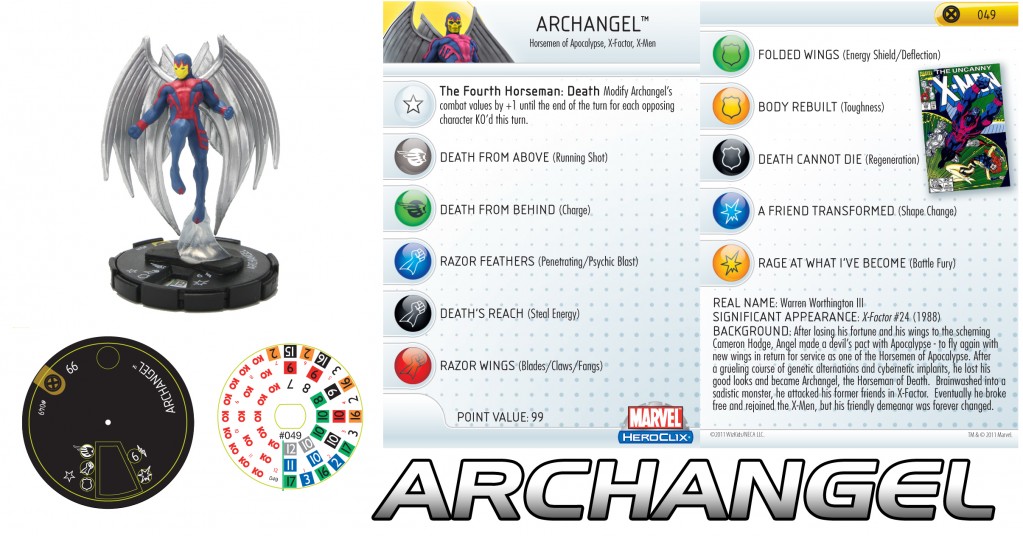 Archangel has come a long way from his First Class roots.  Rather than fly into close combat right away, Archangel instead prefers to use Running Shot and fire away with his Razor Feathers (Penetrating/Psychic Blast).  Mid-dial he changes tactics and switches up to Charge and alternates between Steal Energy and Blades/Claws/Fangs as Archangel slices his way through his foes with techno-organic wings.

Early-dial Energy Shield/Deflection helps protect Archangel from ranged attacks, and gives way to Toughness to demonstrate his increased endurance.  Late-dial Regeneration allows Archangel the opportunity to get back into the fight as his techno-organic cells rebuild his body.

Consistent combat values make Archangel an X-cellent (see what I did there?) addition to any X-Factor, X-Men, or Horsemen force, or simply add him to your team for effective air support.  There is also his Trait to consider.  The Fourth Horseman: Death allows Archangel to boost all of his combat values until the end of the turn, whenever opposing figures are K.O.’ed.  And let’s not forget the Transporter ability that allows Archangel access to Hypersonic Speed via the Move and Attack ability!

We hope you enjoyed today’s preview as much as we have.  Be sure to join us later this week for even more exciting previews from Giant-Size X-Men and keep on clixin’!