The Giant Size X-Men expansion set has just been released, so it’s the perfect time for another update to the official documentation. 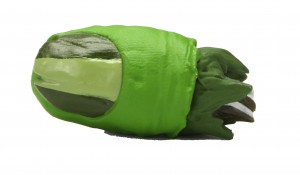 In the Player’s Guide, the biggest addition is the text of the game effects of all of the figures in the new set, including a clarification pointing out that the Fin Fang Foom’s Finger included in the OP kit is a 3D standard heavy object. Check out your nearest venue to see how they’ll be incorporating it into their prize pool!

Besides the new Giant-Size X-Men figures, a few older figures which had been accidentally omitted have finally found their ways into the guide.

In addition to the new set being posted, we have our usual share of updates and clarifications.  Notably, we have included some new guidelines on how game effects interact with some of the recent figure swapping mechanics, such as how long lasting effects, like Outsiders, are applied to these characters after the switch.

Speaking of long lasting effects, an area where some clarity was needed was how Outwit works. The question that most often comes up with regards to this power is how countering a power impacts things that power may have generated. For example, if one counters Barrier on Icemaiden, the blocking terrain markers are removed. On the other hand, if one outwits Incapacitate, you aren’t going to remove the action token that was placed on a character the previous turn because of that power being used. In the Player’s Guide, you’ll see that effects with a duration that is specified by the countered power should be removed if the power is countered. But other effects remain. So the blocking terrain markers are removed because Barrier specifically says that they last “…until the beginning of your next turn.” Incapacitate doesn’t specify how long the action token remains. Obviously, that doesn’t mean the token stays forever, the normal rules of clearing handle that; Incapacitate itself does not specify a duration, so its “on the map” effects do not get removed when he power is countered.

This clarification changes the way some figures currently get played, in particular Trigon (from Crisis and the Doppleganger special power) and Clown Prince of Crime (with his Jokerfish). But that’s ok! With this clarification, determining how to apply Outwit to other game effects can be done consistently.

We’ve also added a few revisions to the DC75 set which answer the questions people have asked on those figures since our last edition.  You will definitely be wanting to check those out.  They include a couple more tweaks to Larfleeze and the Hawkworld Map as well as confirmation that the White Lantern version of Sinestro does not have a trait.  Also, you will be happy to know that the texts of the DC75th Print And Play elements have also been added into this new Guide.

I know that everyone has been excited to get some new Horsemen especially with the shiny new Apocalypse with whom they can now be teamed.  I also know that many people have questioned the change from the older use of “Horsemen of the Apocolypse” to the new “Horsemen of Apocolypse” keyword. Have no fear, we have updated the older figures in order to keep everyone happy playing together on the same team.

On a final note about the Guide, I will add that this edition of the Player’s Guide includes several “non-changes” to several items throughout the guide. These include the small things like fixing typos and ensuring that any text changes from the errata section are accurately reflected in the main text. Many of these changes came about through great input from the online community, like yourselves. If you ever spot something in the Player’s Guide that is in error, please feel free to let us know either through the online community at places like HCRealms.com or with a direct email to HeroClixRules@gmail.com.