No Evil Shall Escape Their Sight! A Green Lantern Fast Forces Preview

Today we offer the first of two articles spotlighting the contents of the Green Lantern Fast Forces pack due out this Wednesday, May 18th, 2011.  We start our previews off with none other than Hal Jordan of Earth, the Green Lantern! 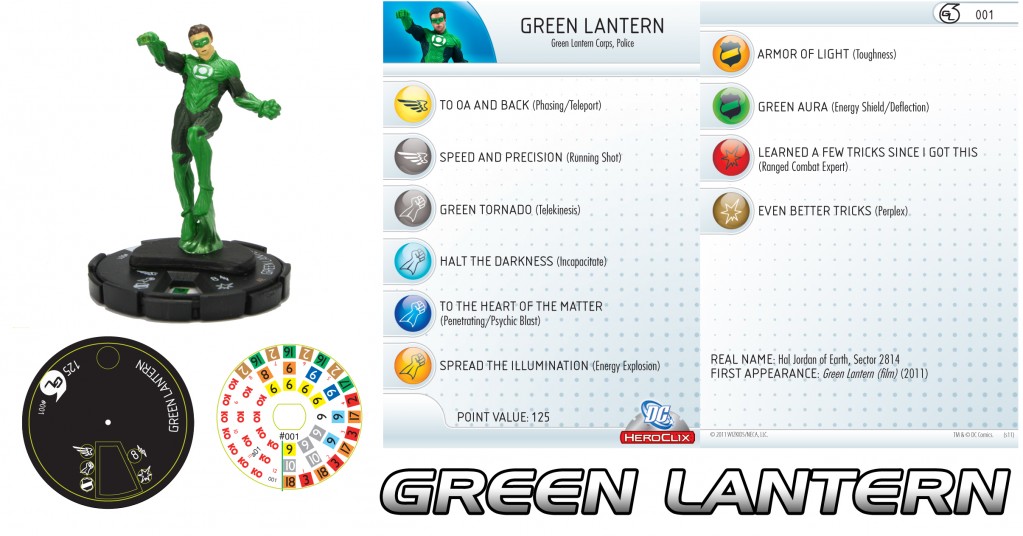 Early-dial Telekinesis and Phasing/Teleport allow Green Lantern to move into position or manuever a friend or foe to just where you want them.  Set up an ally for a critical attack or take a shot at an opposing figure up to 8 squares away with Green Lantern’s Ranged Combat Expert on a subsequent turn! Since he has the Indomitable ability, Green Lantern won’t have to worry about pushing if he acts two turns in a row!

After the initial click of Phasing/Teleport, Green Lantern can launch into battle with Running Shot.  Mid-dial, he picks up Incapacitate and then Penetrating/Psychic Blast while Toughness gives way to Energy Shield/Deflection.  Towards the end of the dial Ranged Combat Expert gives way to Perplex and Green Lantern picks up his Phasing/Teleport again.

Next up we have the incomparable drill sergeant of the Green Lantern Corps himself, Kilowog! 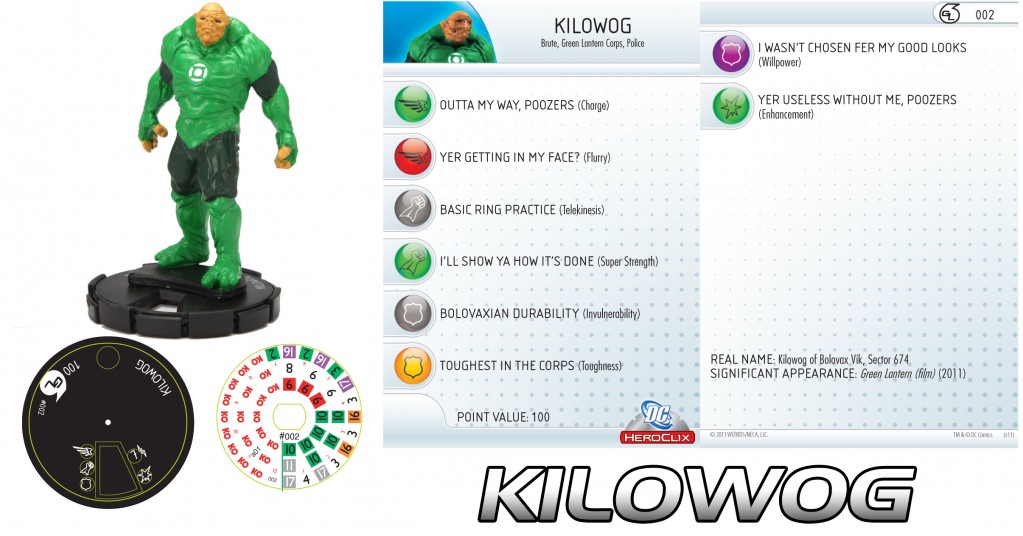 Kilowog starts off with Charge which allows him to get right into the action and mix it up with your opponent’s figures, or you can try another tact and use Kilowog’s Telekinesis and manuever a friendly figure into position where they’ll do the most good.

More of a brawler than a shootist, Kilowog is still handy for ranged combat attacks with a healthy 7 range value.

Invulnerabiliy protects Kilowog for the first two clicks on his dial, and then he moves onto Toughness for a couple of clicks while he picks up Super Strength.  Charge gives way to Flurry and Kilowog demonstrates his superior “communication skills” and Willpower replaces Toughness so he can keep on swinging.  Lastly, Kilowog gains Enhancement as he shows that he still has a few tricks to show the new recruits.

Last up for today we have none other than the Green Lantern of Sector 2813, Toma- Re! 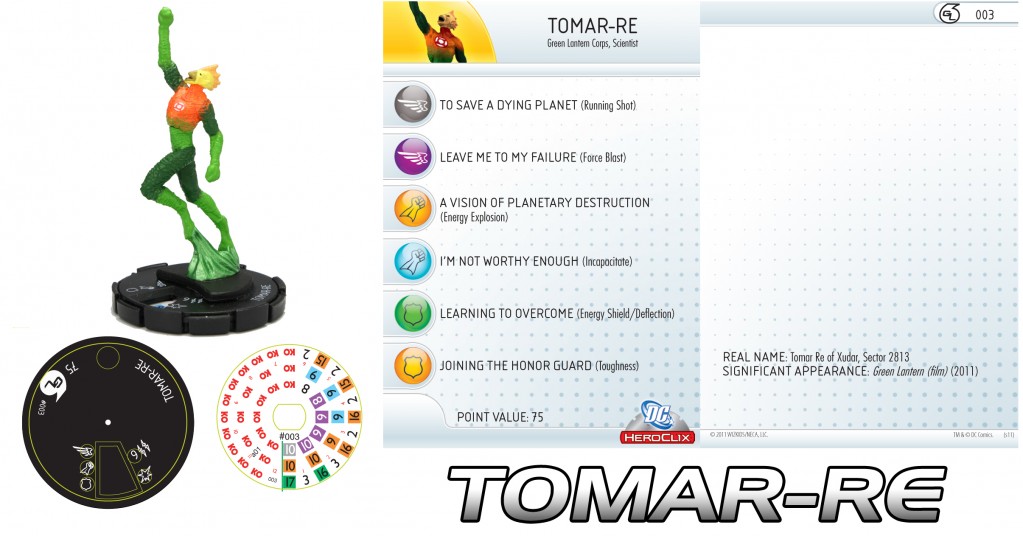 With two targets at 9 range, Tomar-Re is a very useful ranged combat piece at every spot on his dial for 75 points!

We hope you’ve enjoyed this first look at the new Green Lantern Fast Forces dials.  Join us for our next article as we spotlight the remaining figures and be sure to check back at the end of the week as we preview one of America’s top patriots!