Happy Release Day! Green Lanterns are flying into stores (and off of shelves) in stores everywhere today as both the Gravity Feed and Fast Forces packs go on sale! We follow up Monday’s preview with the rest of the Fast Forces pack starting with Sinestro! 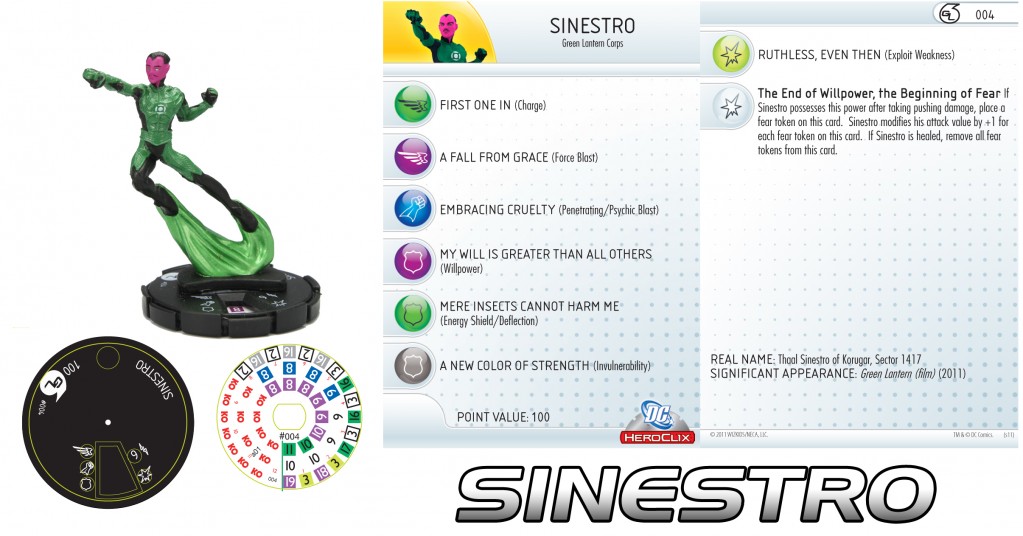 Clocking in at 100 points, this Sinestro is a Rookie but no less effective for his early-career! Starting with a couple clicks of Charge, Sinestro flies into battle armed with Exploit Weakness to get around his foes’ damage reducers.   Mid-dial, Sinestro picks up Force Blast and some protection from ranged attacks via Energy Shield/Deflection, as well as his The End of Willpower, the Beginning of Fear special power.  Sinestro’s special power enables him to  increase his attack value by pushing, potentially making his attack an 11 or 12 on his late-dial!

With a nine range value and Penetrating/Psychic Blast at the back part of his dial, Sinestro remains a threat even until the end!

Next up we have one of the enigmatic and powerful Guardians of the Universe! 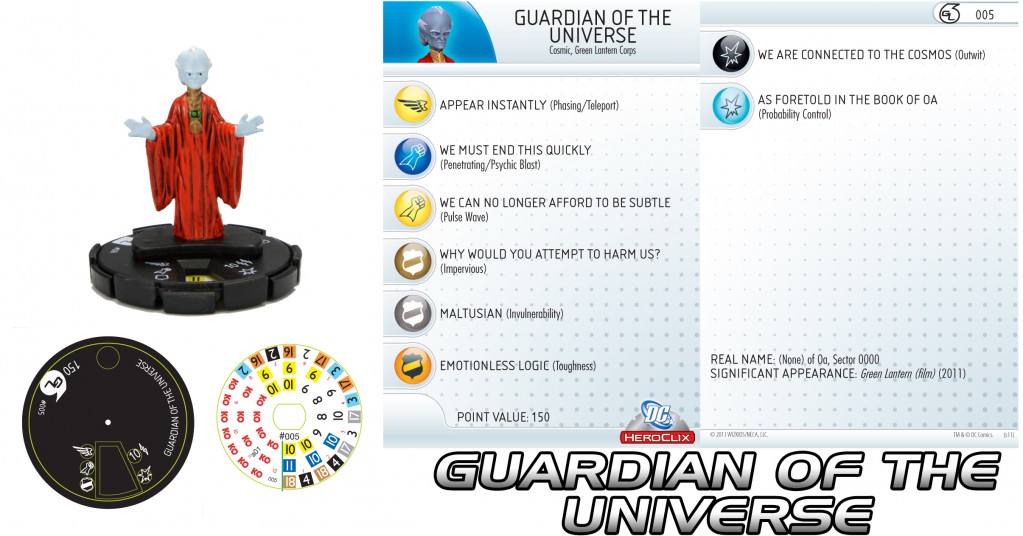 As one of the commanders of the Green Lantern Corps, the Guardian of the Universe wields great authority and power, and this figure is no exception! Early-dial Phasing/Teleport allows the Guardian to manuever virtually anywhere he wishes.  He can then set up for a ranged attack from up to 10 squares away with Penetrating/Psychic Blast! And the Indomitable ability means that the Guardian will not be taking pushing damage if acts two turns in a row.

Outwit also compliments the Guradian’s opening arsenal as well, making the Guardian too dangerous to ignore! However, Impervious (and then Invulnerability) protects the Guardian from some of the damage sure to come his way.   Toughness and Probability Control eventually replace the more aggressive opening clicks and Pulse Wave ensures that he remains a threat near the end of his dial where the Guardian picks up Phasing/Teleport again.

At 150 points, the Guardian of the Universe is a very effective addition to many strategies and a worthy candidate for any Green Lantern force!

Speaking of effective and strategic additions, next up we have Abin Sur! 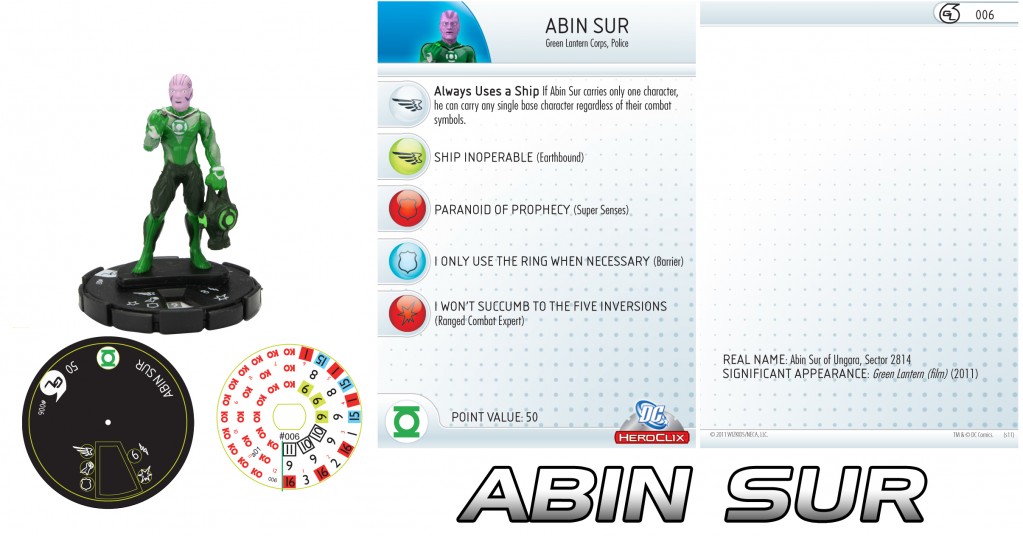 At only 50 points, this Abin Sur is one of the best figs around for carrying other figures! The Green Lantern team ability allows Abin Sur to carry up to 8 adjacent freindly figures, OR he can carry one figure with a standard base via his Always Uses a Ship special power regardless of the carried figure’s combat symbols!

Early-dial Super Senses helps protects Abin Sur from attacks, but gives way to Barrier.   As Earthbound grounds Abin Sur, he also picks up Ranged Combat Expert which allows him to stay in the fight even as he faces the end of his dial.

This wraps up our Green Lantern Fast Forces articles and we hope you’ve enjoyed them as much as we.  Be sure to join us Friday as we begin our Captain America preview series!