May 25, 2011 (REDMOND, Wash.) – Paizo Publishing and WizKids Games announce a new partnership whereby WizKids Games will produce a special set of pre-painted plastic miniatures for use with the Pathfinder Roleplaying Game Beginner Box, an introductory boxed set slated to release in October 2011. 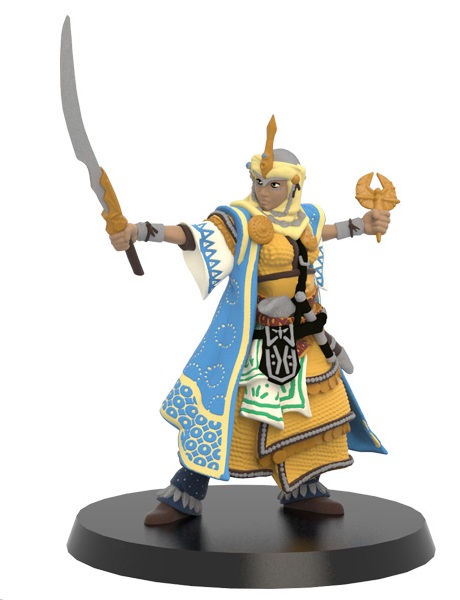 “We’re excited to bring the Pathfinder property to life via 3-D pre-painted fantasy miniatures” said Lax Chandra, President of WizKids Games, “Paizo’s Pathfinder RPG has emerged as a leader in the RPG category and we are looking forward to working with their great brand.”

“WizKids essentially created the pre-painted plastic miniatures category, and they’ve only gotten better in the years since,” said Paizo CEO Lisa Stevens. “We are thrilled to work with WizKids to bring our iconic characters to tabletops all over the world.”

Pathfinder RPG Beginner Box pre-painted fantasy miniatures will be available at paizo.com and through WizKids distribution partners worldwide starting in the fourth quarter of 2011.

Paizo Publishing®, LLC is a leading publisher of fantasy roleplaying games, accessories, board games, and novels. Paizo’s Pathfinder® Roleplaying Game, the result of the largest open playtest in the history of tabletop gaming, is one of the best-selling tabletop RPGs in today’s market. Pathfinder Adventure Path is the most popular and best-selling monthly product in the tabletop RPG industry. Paizo.com is the leading online hobby retail store, offering tens of thousands of products from a variety of publishers to customers all over the world. In the nine years since its founding, Paizo Publishing has received more than forty major awards and has grown to become one of the most influential companies in the hobby games industry.

A wholly owned subsidiary of the National Entertainment Collectibles Association Inc. (NECA), WizKids/NECA is a New Jersey-based game developer and publisher dedicated to creating games driven by imagination. The HeroClix brand is the most successful collectible miniatures games on the market today, with over 250 million miniature game figures sold worldwide. For additional information, visit www.wizkidsgames.com.