It’s the start of a new week, and you know what that means! More previews from the upcoming HeroClix release, Captain America! And who better to spotlight than Captain America himself? 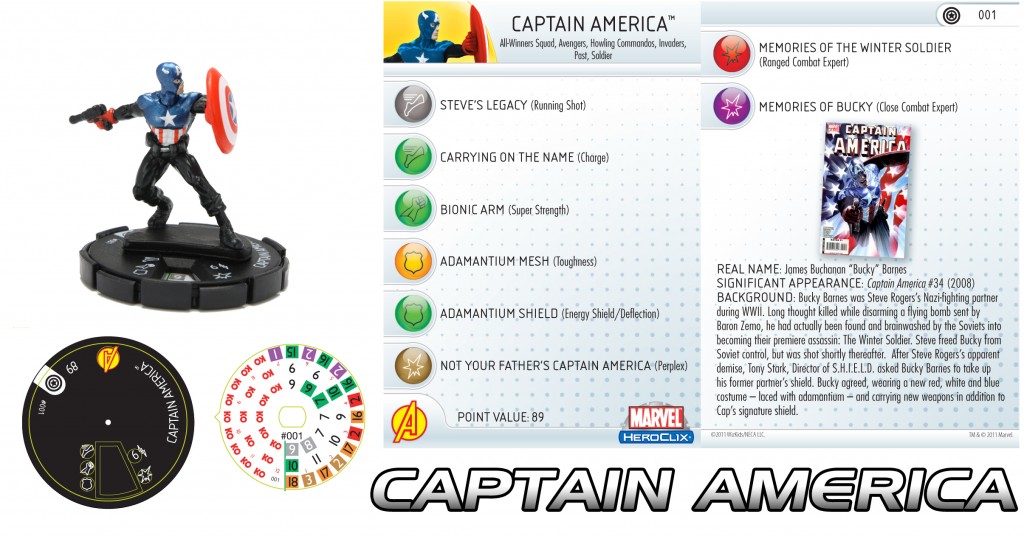 Captain America’s armored costume affords some protection in the form of Toughness, and eventually gives way to Energy Shield/Deflection as he demonstrates a greater aptitude using his shield.

At 89 points and with consistent combat values and a great power selection Captain America will be a great addition to your force.

That’s all we have for today, but be sure to join us later this week as we check in a with the nefarious mastermind behind one of the world’s most deadly organizations! Until then, keep on clixing!