A Friday Update from the Office!

Wow, what a week! With most of the office staff returning from Essen in Germany there have been some recent developments we wanted to share with you all.

Firstly, with so many exciting products due out in the next two months, let’s start with some schedule updates:

Eagle-eyed viewers will notice the absence of the Star Trek Expeditions: Expansion Pack from the above list.  Unfortunately we were not happy with the quality of the product we received from the vendor, thus we’ve decided to push back the release of the product to Q1 2012.  Our apologies to everyone on the delay but fear not, Scotty, Sulu, and Chekov will be beaming down to join your Away Team soon enough!

Since the initial announcement earlier this month, close to 800 Venues worldwide have already registered with us for this exciting and unprecedented event!  While we’ve decided to extend our registration deadline until Wednesday, November 30th, 2011, make  sure your Venue registers today! Stay tuned as we reveal more in the weeks to come, but in the meantime more details can be found on the Infinity Gauntlet website.

Last but certainly not least, we wanted to share something really special with everyone and we know that this character has long been a fan favorite of many HeroClix players.  While it’s s till al little early to share the dial, the sculpt is just so impressive that we just had to share it with you all! Ready to join his Sentinel brethren and lead them to victory against their mutant foes, here is Master Mold! (click on image to enlarge) 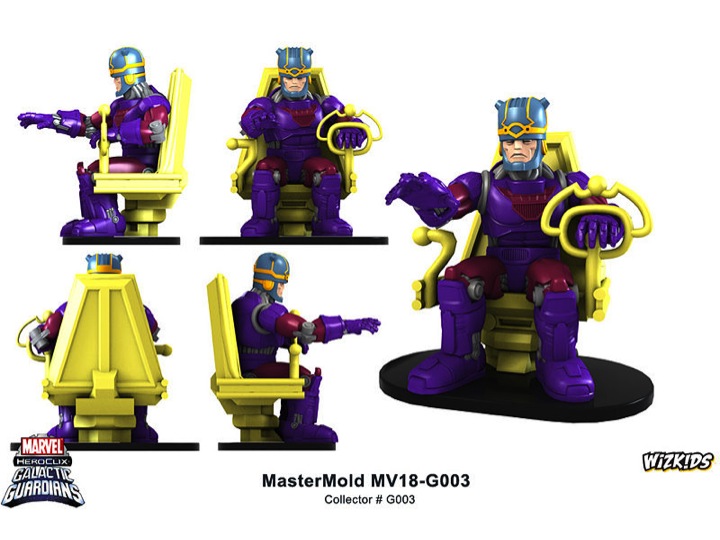 That’s all the news we have for today! Thanks as always for your continued support and have a great weekend everybody!