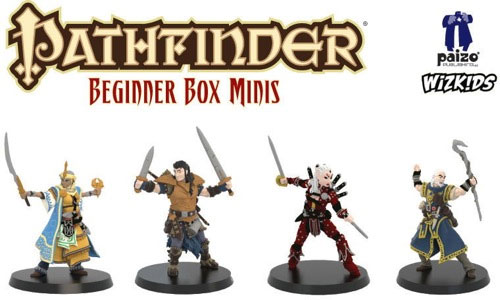 The Pathfinder Beginner Box fantasy miniatures set has an MSRP of $12.99. All figures are on 1-inch round bases and are fully compatible with the Pathfinder Roleplaying Game and other major fantasy RPG game systems.