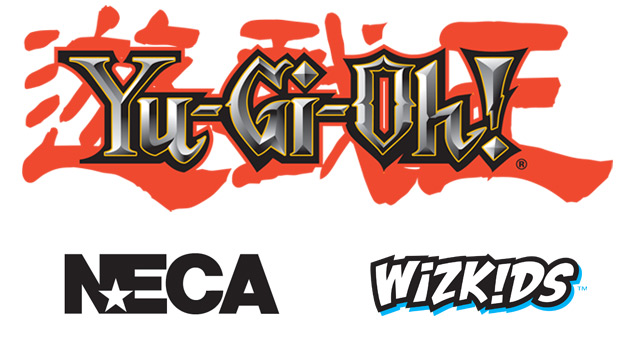 6 March 2013 – (New York, NY) 4K Media Inc., the newly formed, wholly owned subsidiary of Konami Digital Entertainment, Inc. announced today that it is creating a line of the games using the WizKids HeroClix and Dice Building Game platform, Quarriors, featuring the Yu-Gi-Oh! Classic animated library. Under the agreement, WizKids will produce a line of games based on the beloved animated series that first aired eleven years ago. The first HeroClix release will feature approximately 50 collectible HeroClix figures released with a two player Starter and Booster expansion packs. The product is expected to hit the market later this year with additional sets being released throughout 2014. Yu-Gi-Oh! HeroClix and Dice Building Games will be available at specialty, hobby and comic book stores worldwide excluding Asia.

Mr. Shinichi Hanamoto, chairman and president corporate officer 4K Media Inc. said, “We think the combination of the Yu-Gi-Oh! Classic brand and HeroClix will be a big hit especially in the gaming community who have ardently supported our brand for so many years and who love the HeroClix game play. It is a terrific opportunity to offer another way to engage our fans.”

Justin Ziran, president of WizKids said “We’re honored to be involved with Yu-Gi-Oh!, such a tremendously successful property with such a long history of success. We’re excited to offer pre-painted figures of beloved characters to Yu-Gi-Oh! fans around the world.”

The Yu-Gi-Oh! phenomenon swept the US and global markets in 2001 and continues to captivate boys with its best-selling trading card game, animated television series and motion picture releases.

4K Media Inc. is a wholly owned subsidiary of Konami Digital Entertainment, Inc., created to manage the Yu-Gi-Oh! franchise outside of Asia. 4K Media is responsible for brand management, licensing, and marketing of Yu-Gi-Oh!, as well as production and distribution of the Yu-Gi-Oh! television series. The Yu-Gi-Oh! animated franchise, with nearly 600 episodes, consists of the original Yu-Gi-Oh!, Yu-Gi-Oh! 5D’s, Yu-Gi-Oh! GX and Yu-Gi-Oh! ZEXAL, has been translated and broadcast in 90 countries on many of the top leading networks.

###
For licensing opportunities and information, contact:
Jennifer Coleman 212 591 2120 or jcoleman@4kmedia.com