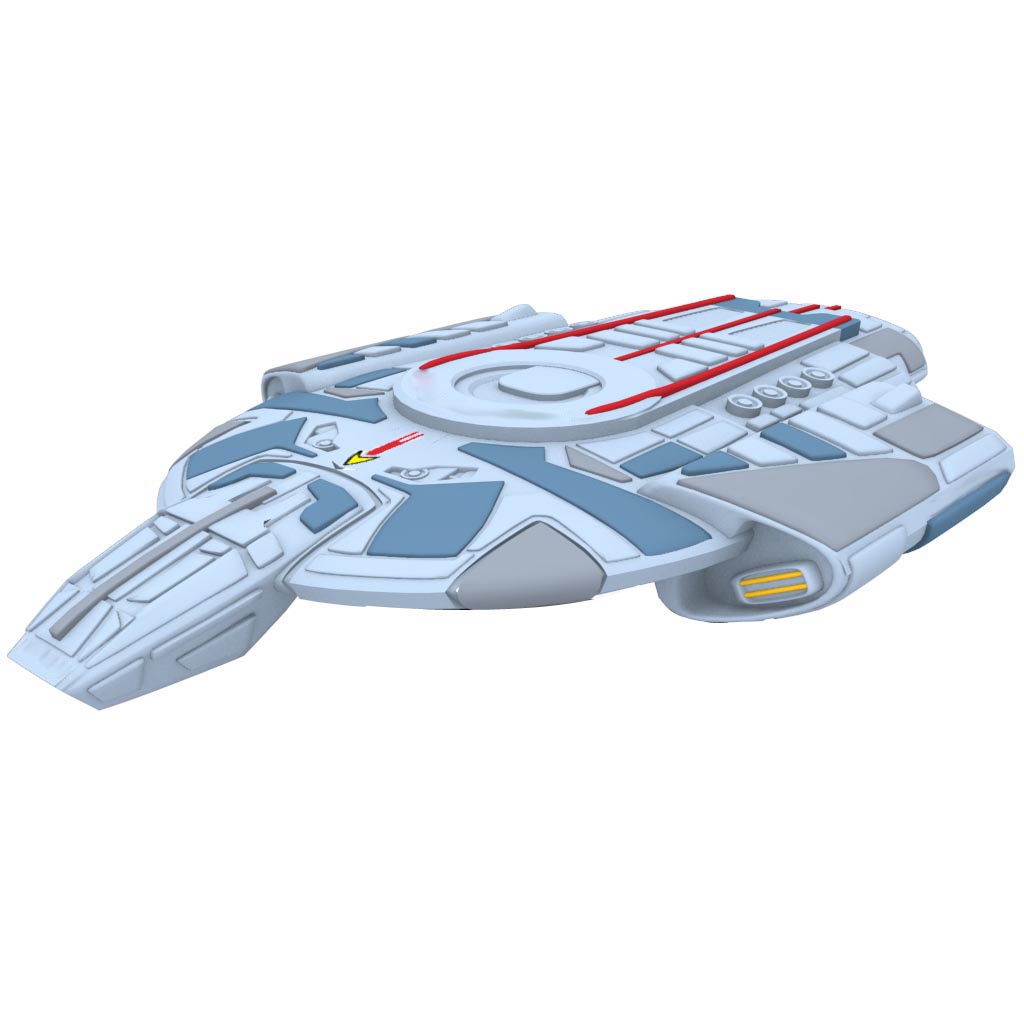 After a successful launch last month, players will be looking toward October when they can increase their fleet options for Star Trek: Attack Wing with the first wave release of expansion ships.  One ship players have been eagerly awaiting is none other than Deep Space 9’s nimble starship, the U.S.S. Defiant.

With Benjamin Sisko at the helm, a player will be able to re-roll any one of their attack or defensive dice once per round.  When he’s off on other duties, Kira Nerys steps in with a Captain Skill of 3 and the ability to save crew upgrades from being disabled or discarded.   Thought sporting the Bajoran faction allegiance, Kira’s special ability also allows her to captain Federation Starships without paying the faction penalty she would have to normally pay. 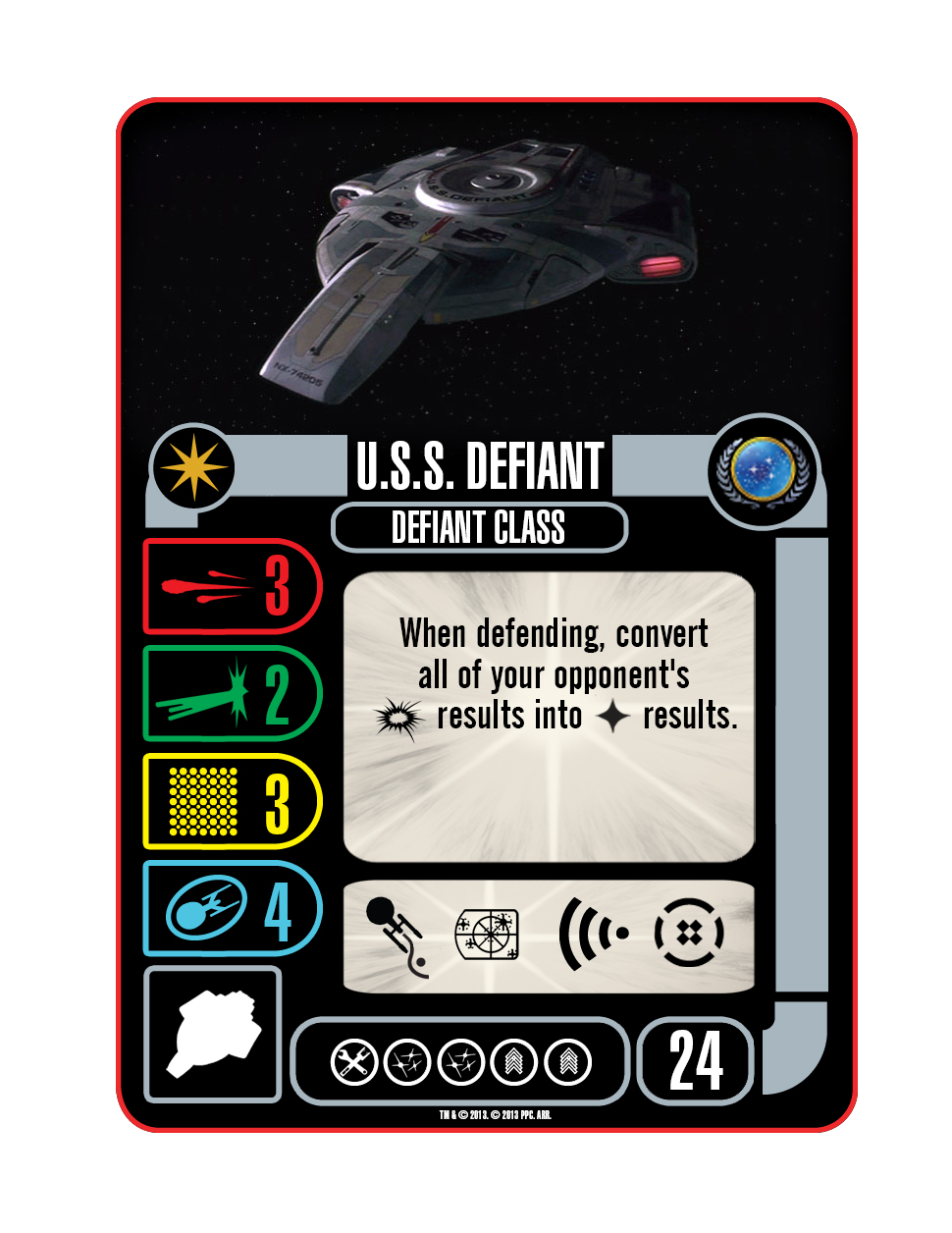 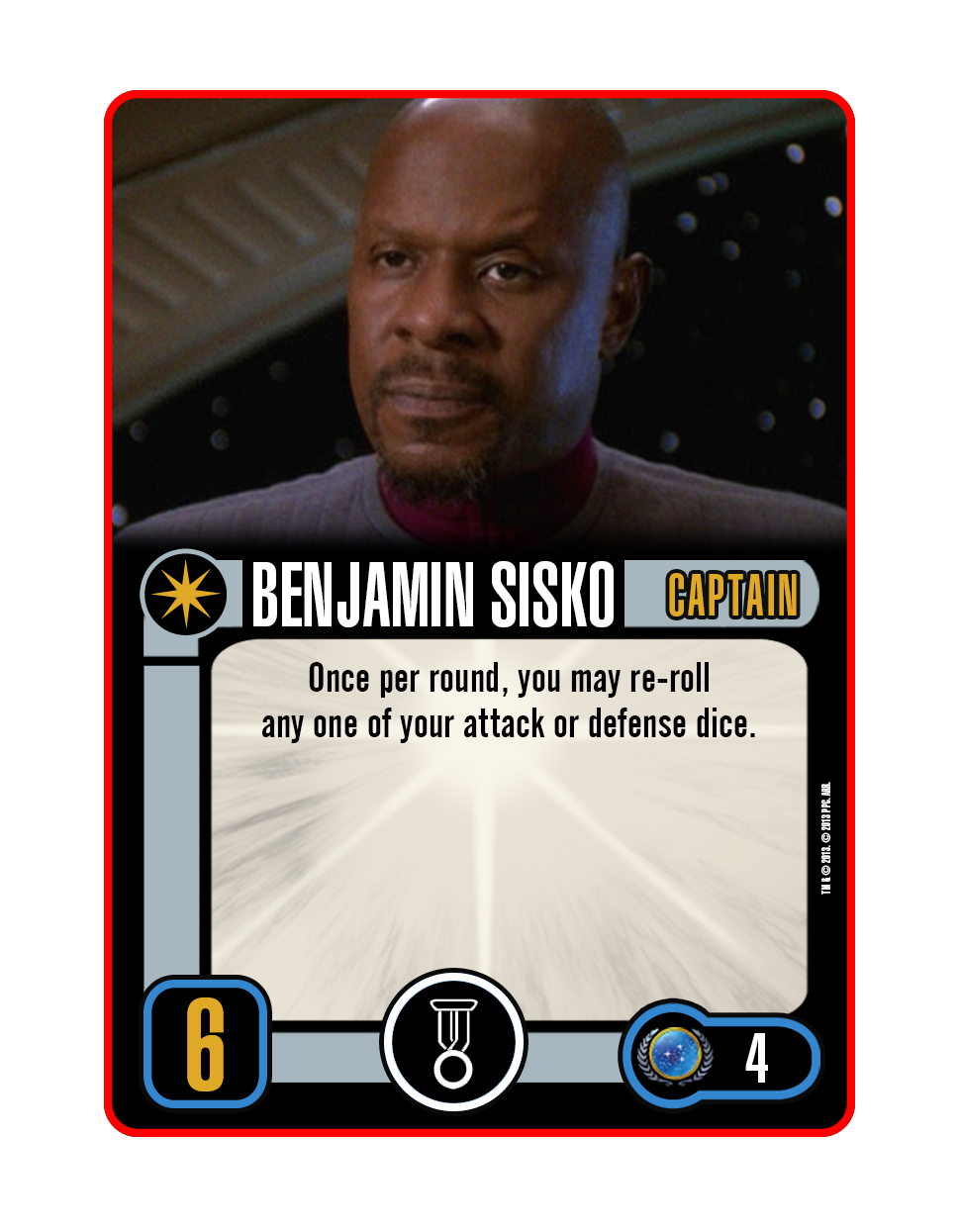 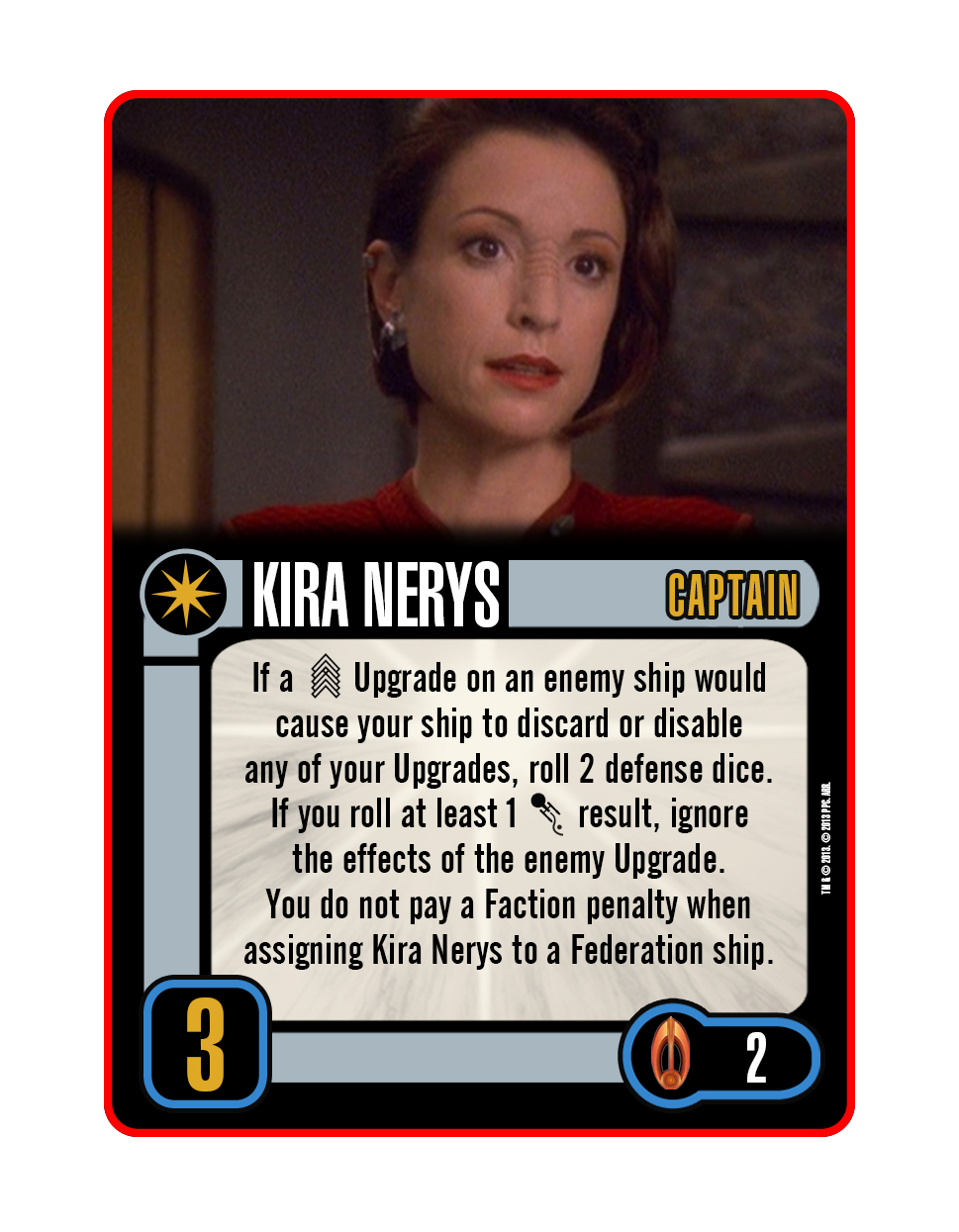 The U.S.S. Defiant expansion also comes with several great new upgrades for the Federation.  The hard hitting Quantum Torpedoes make their first appearance as does the first Tech upgrade for the Federation in the form of a Cloaking Device.  An additional 4 points will allow the U.S.S. Defiant access to both the Cloak action as well as the Sensor Echo action.  Due to the Federation’s limited access to cloak technology, this upgrade costs 5 additional Squadron Points when not assigned to the U.S.S. Defiant .  Because a ship is only as effective as the crew that runs her, the expansion also includes 3 Crew Upgrades for the Federation.  Jadzia Dax helps get a ship into a better combat position while Miles O’Brien keeps a ship in the fight for the duration of the battle by repairing 2 Shield Tokens.  Additionally we see Worf impacting the battle by causing an opponent’s ship to roll two fewer attack die in a round. 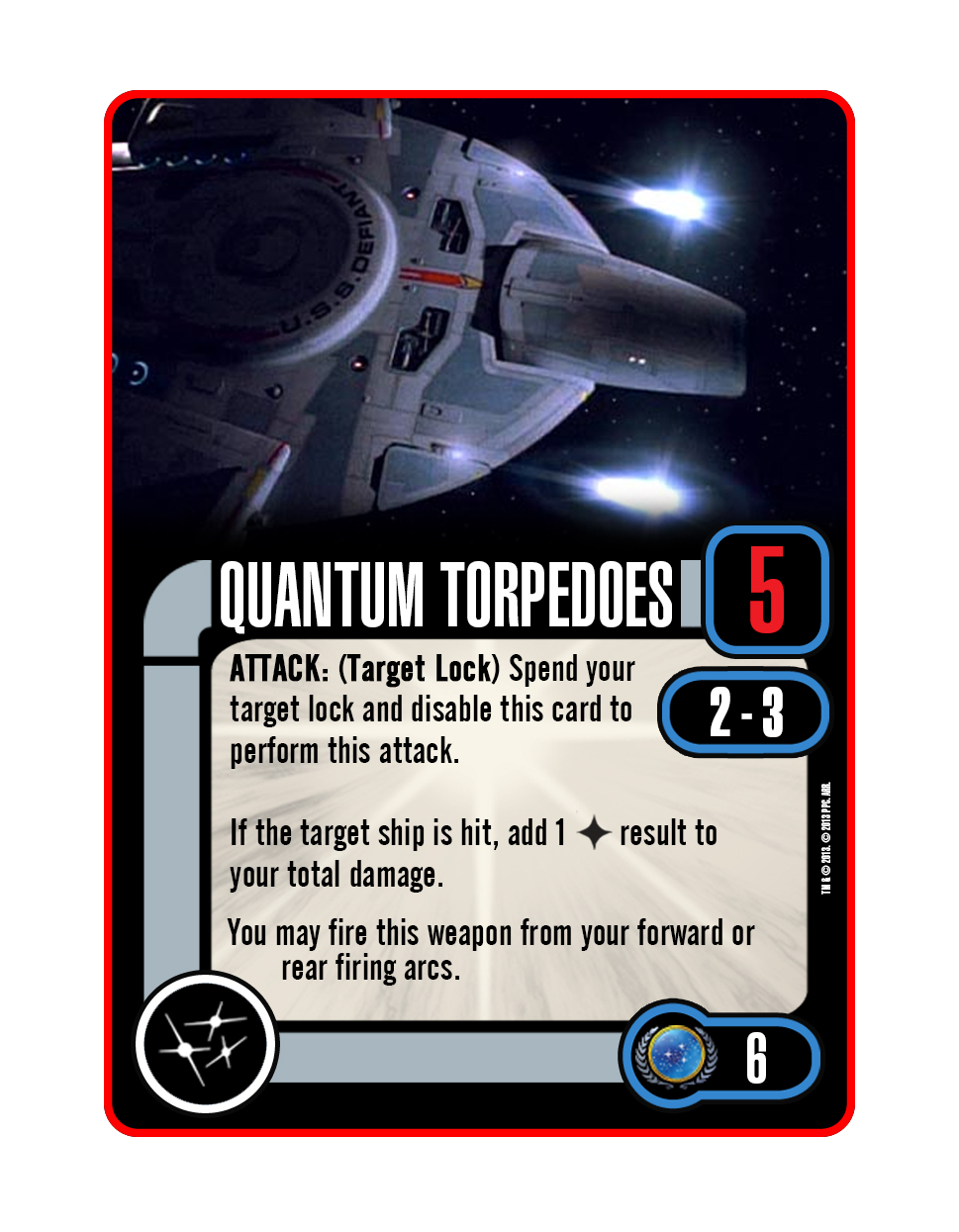 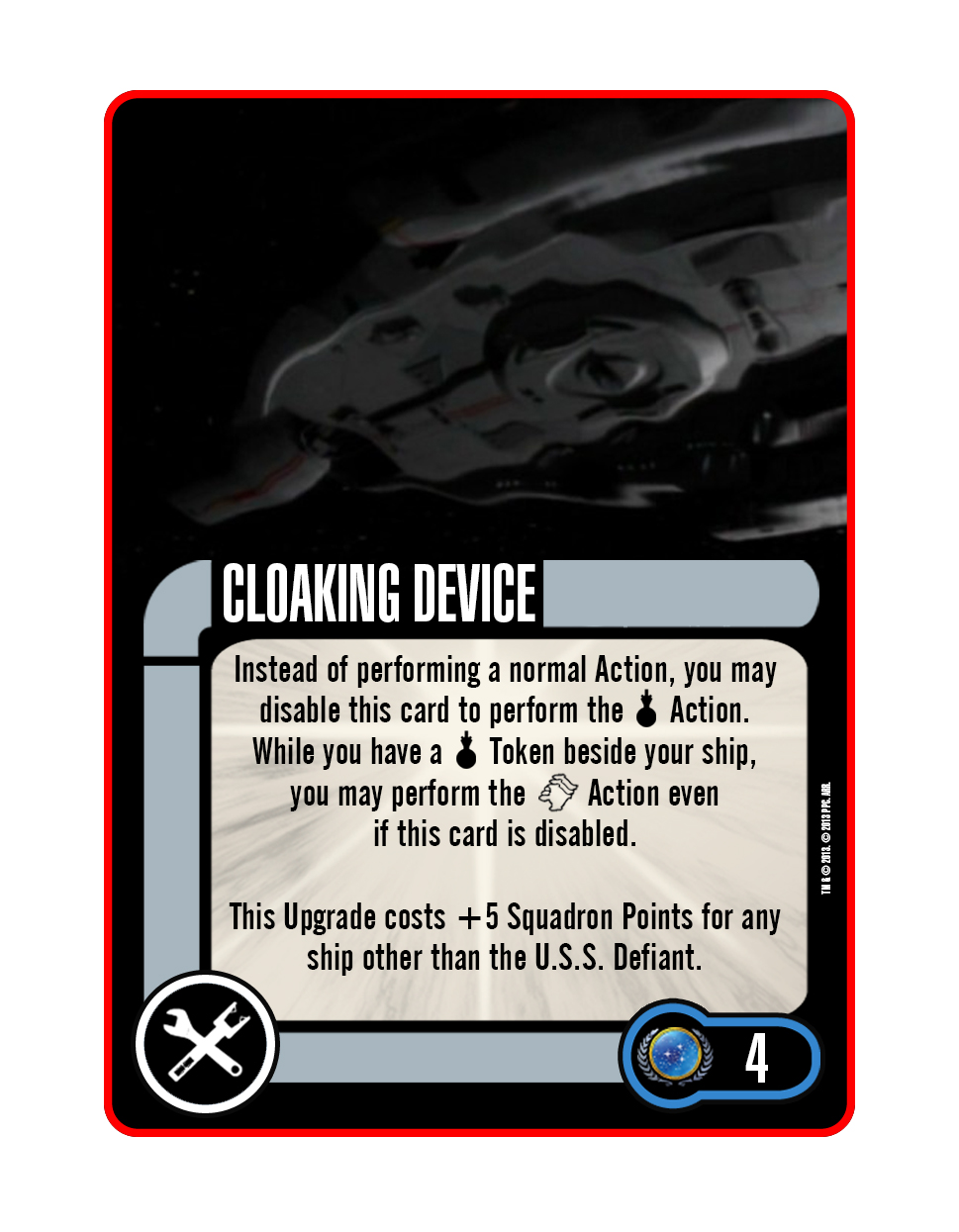 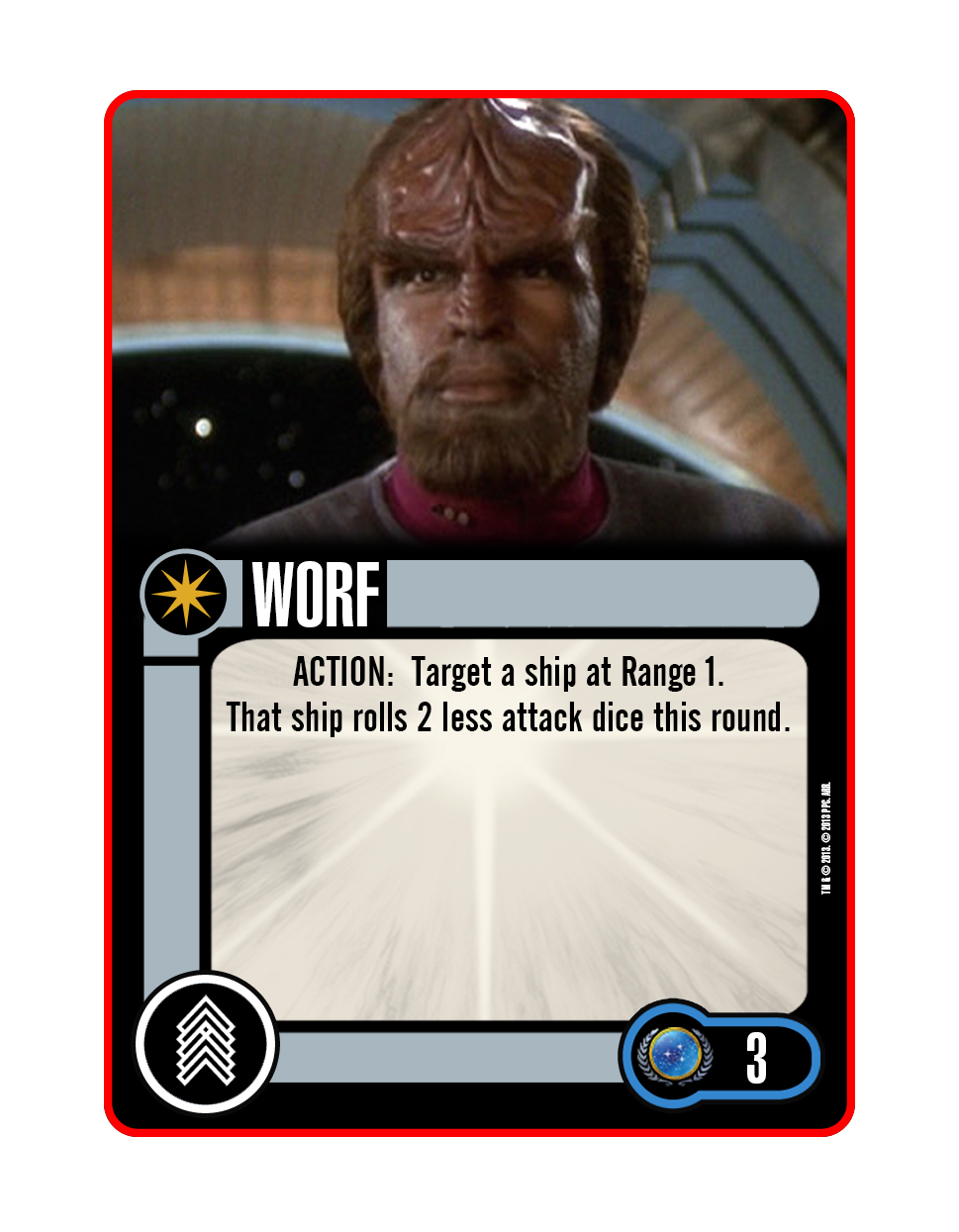 Finally we see two new Elite Talents show up for the more seasoned Captains in the game.  Attack Pattern Omega allows a player to search for the Warp Core Breach damage card to play on a successful Critical Hit to the opponent’s hull while Attack Pattern Delta allows a player the ability to reroll their entire defensive roll which can be a great boon when the U.S.S. Defiant is cloaked and you do not roll a single Evasive Maneuver on your 6 defensive dice! 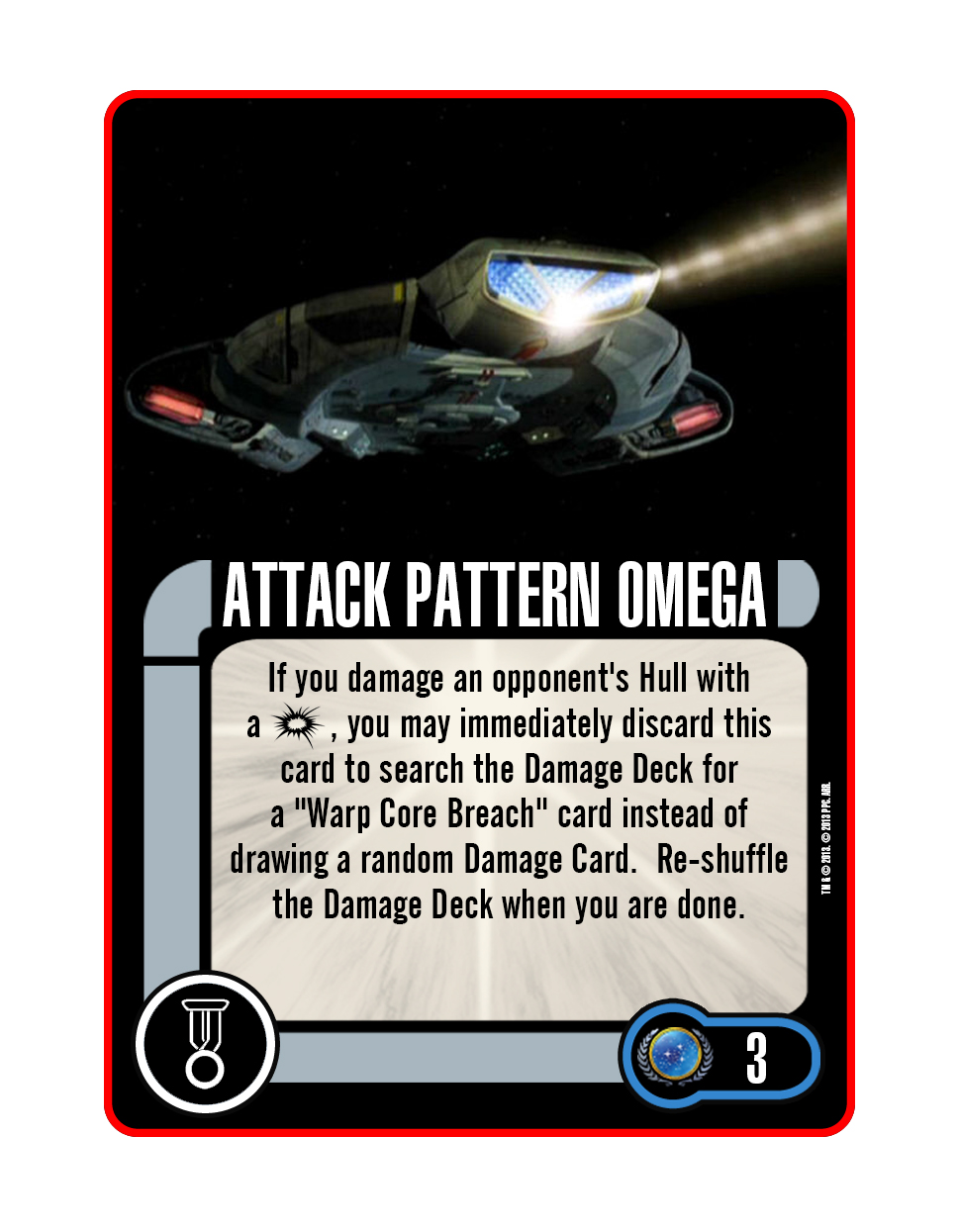 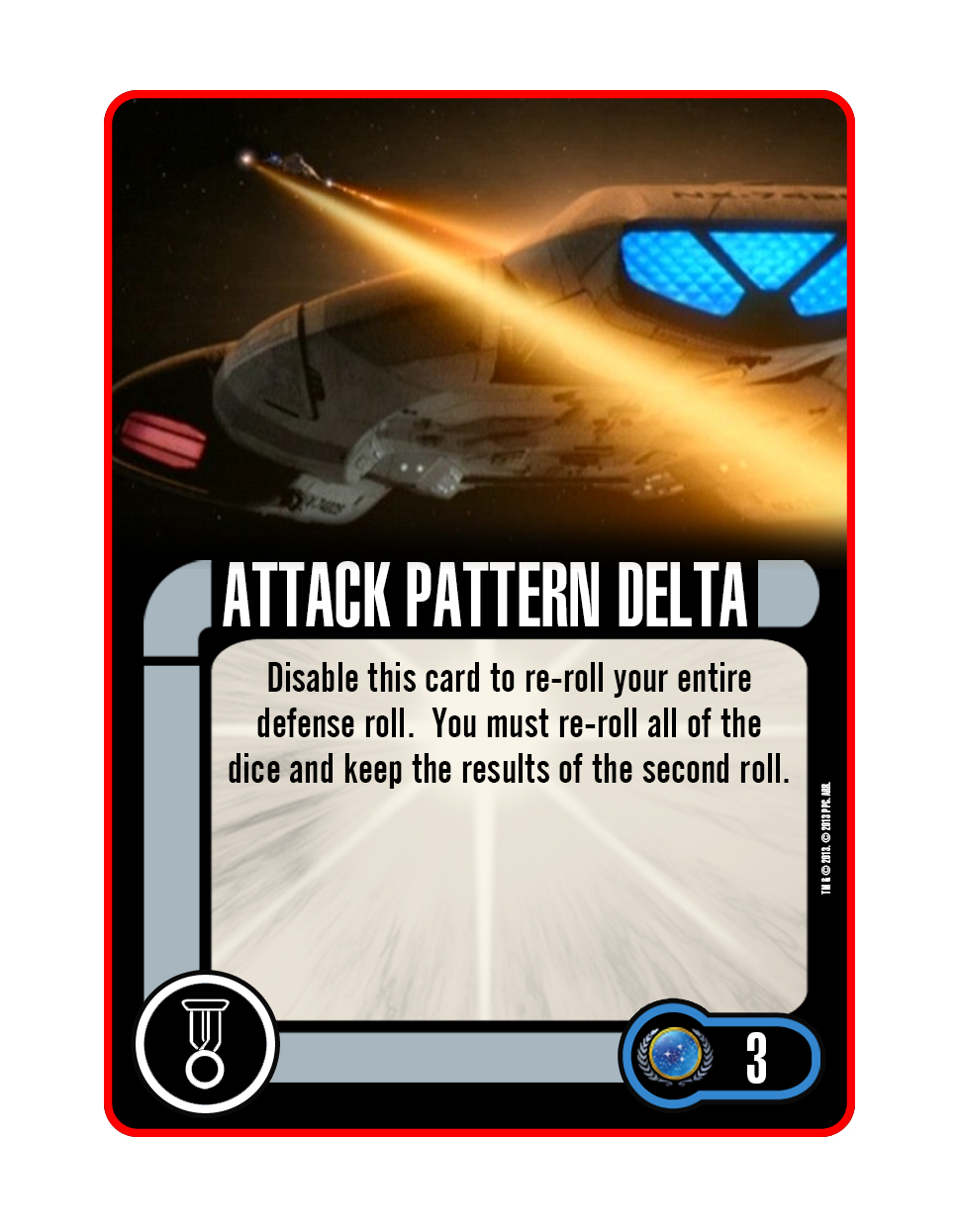 With all of the tokens required to play the ship as well as new tokens to serve as reminders for certain card effects, the U.S.S. Defiant Expansion Pack is a perfect addition to a player’s fleet options. Deploy the U.S.S. Defiant for the included Protect The Alpha Quadrant mission.  Or perhaps you would like to try teaming it up with the original U.S.S Enterprise to see what could have happened had the crew of the U.S.S. Defiant been stranded in James T. Kirk’s timeline in Trials and Tribble-ations!

Keep a look out next week when we take a look at a ship of the race that caused the U.S.S. Defiant to come out of drydock – the Jem’Hadar’s 5th Wing Patrol Ship!