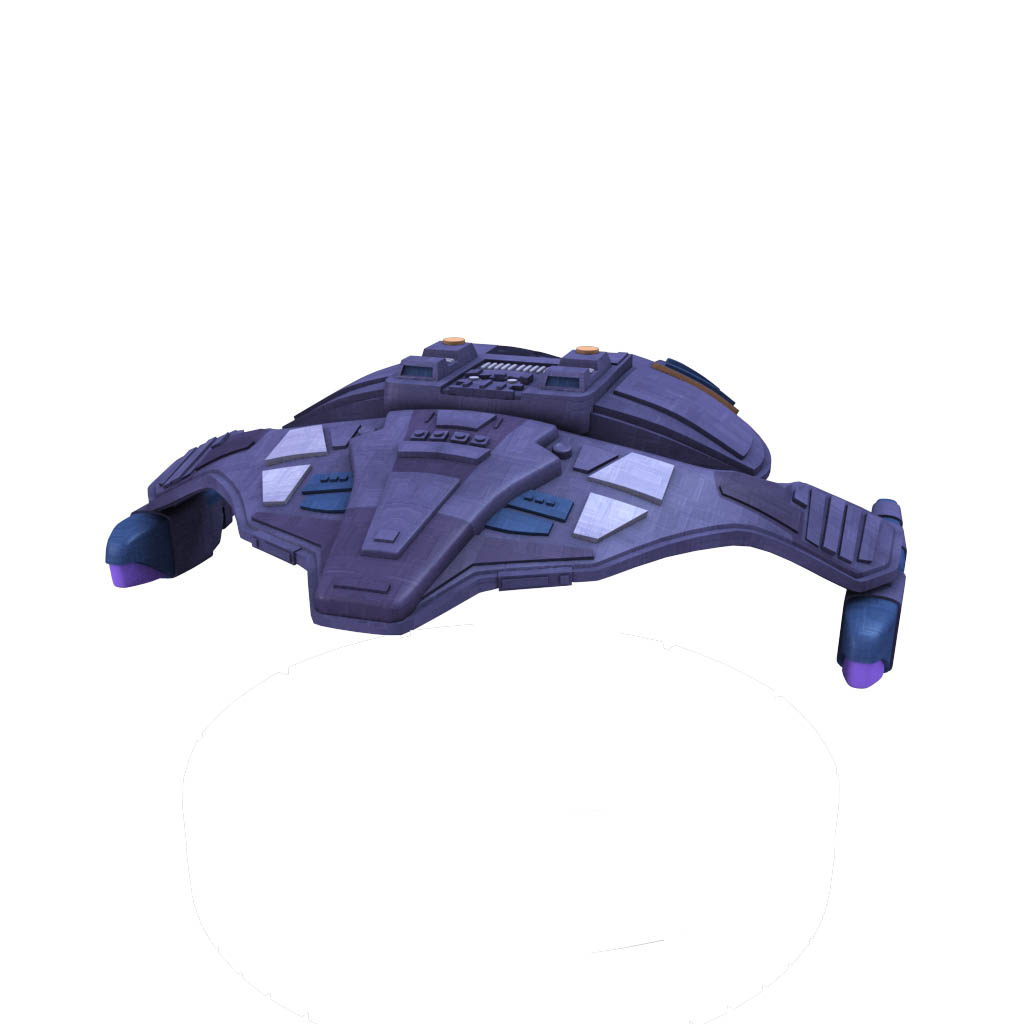 Welcome back, Star Trek: Attack Wing fans, to another peek into the ships of the Wave 1 expansion packs.  This week we take a look at a starship of the genetically bred Jem’Hadar.   The 5th Wing Patrol Ship Expansion Pack introduces one more Dominion ship to the game in the form of the Jem’Hadar Attack Ship.  At 22 points, the 5th Wing Patrol Ship sports an extremely nimble movement dial and the ability to increase its damage output by gaining on additional attack die at the expense of losing a defensive die that turn.  For 2 points less, a player can play the non-unique version with a more static attack and defensive capability.

Commanding the ship will be the Jem’Hadar’s Vorta in the form of Weyoun and Lauran.  Weyoun can be disabled to keep your Crew Upgrades from harm while Lauran reduces the cost of a Dominion upgrade by 2 SP.  The Crew themselves also provide great additions to the ship.  Omet’iklan can convert any result to a hit while Toman’torax has the ability to discard a Crew Upgrade from an opponent’s ship even if it is cloaked or has active shields.  Virak’kara also provides support by allowing the Dominion player to disable a crew upgrade on an opponent’s ship and then be able to use the ability of that disabled upgrade but it should be noted that he and the rest of the Jem’Hadar crew can only be purchased for a Jem’Hadar ship. 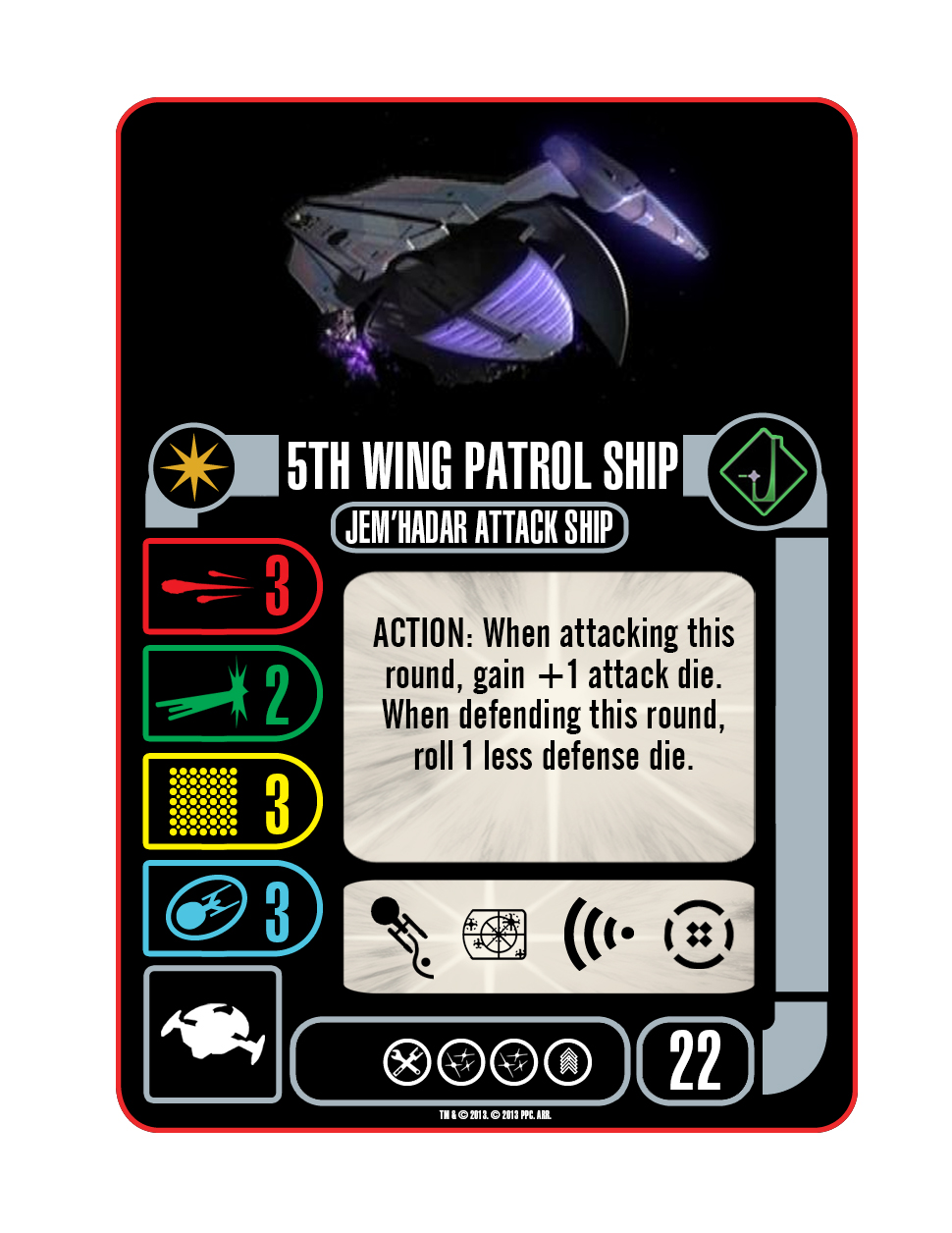 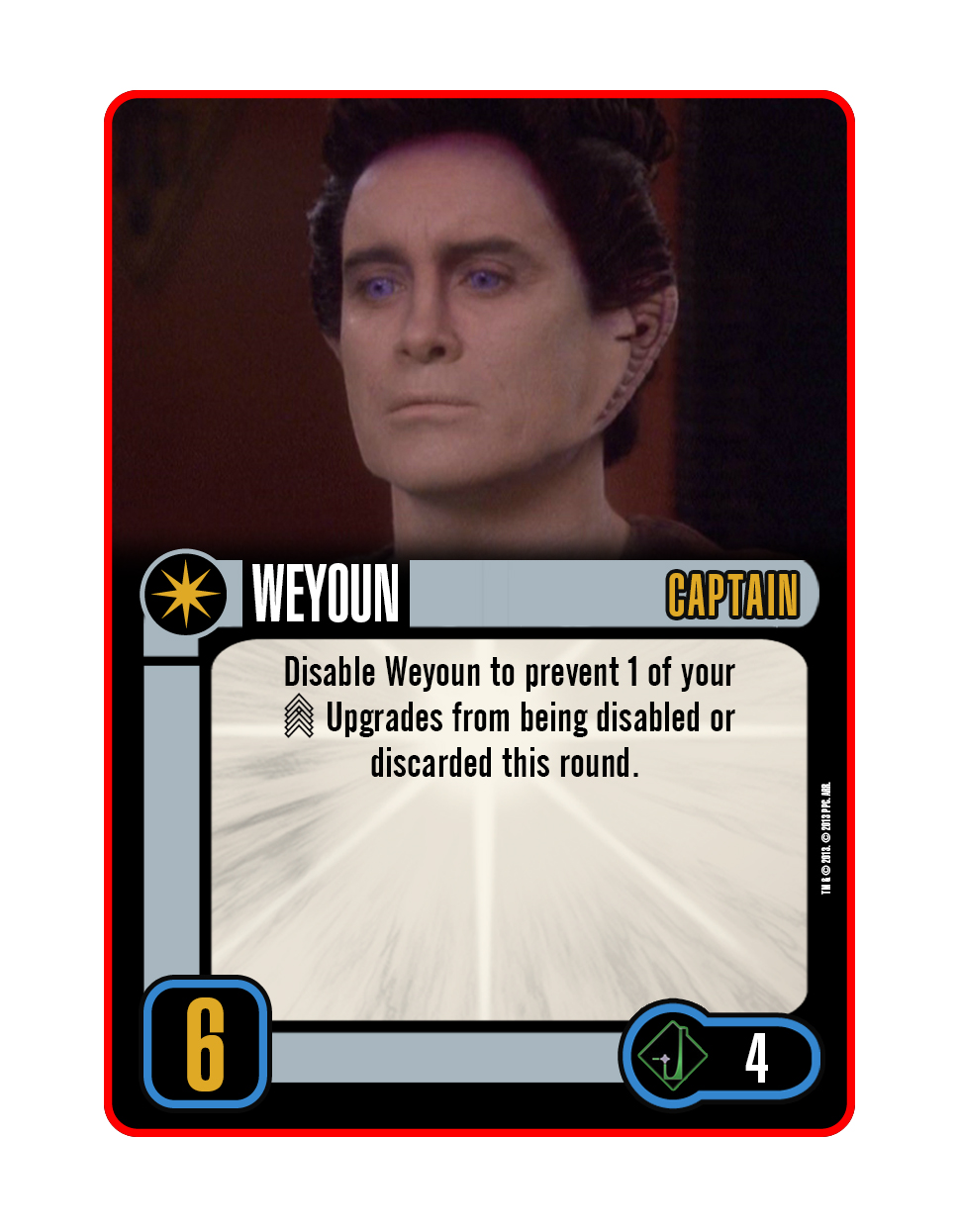 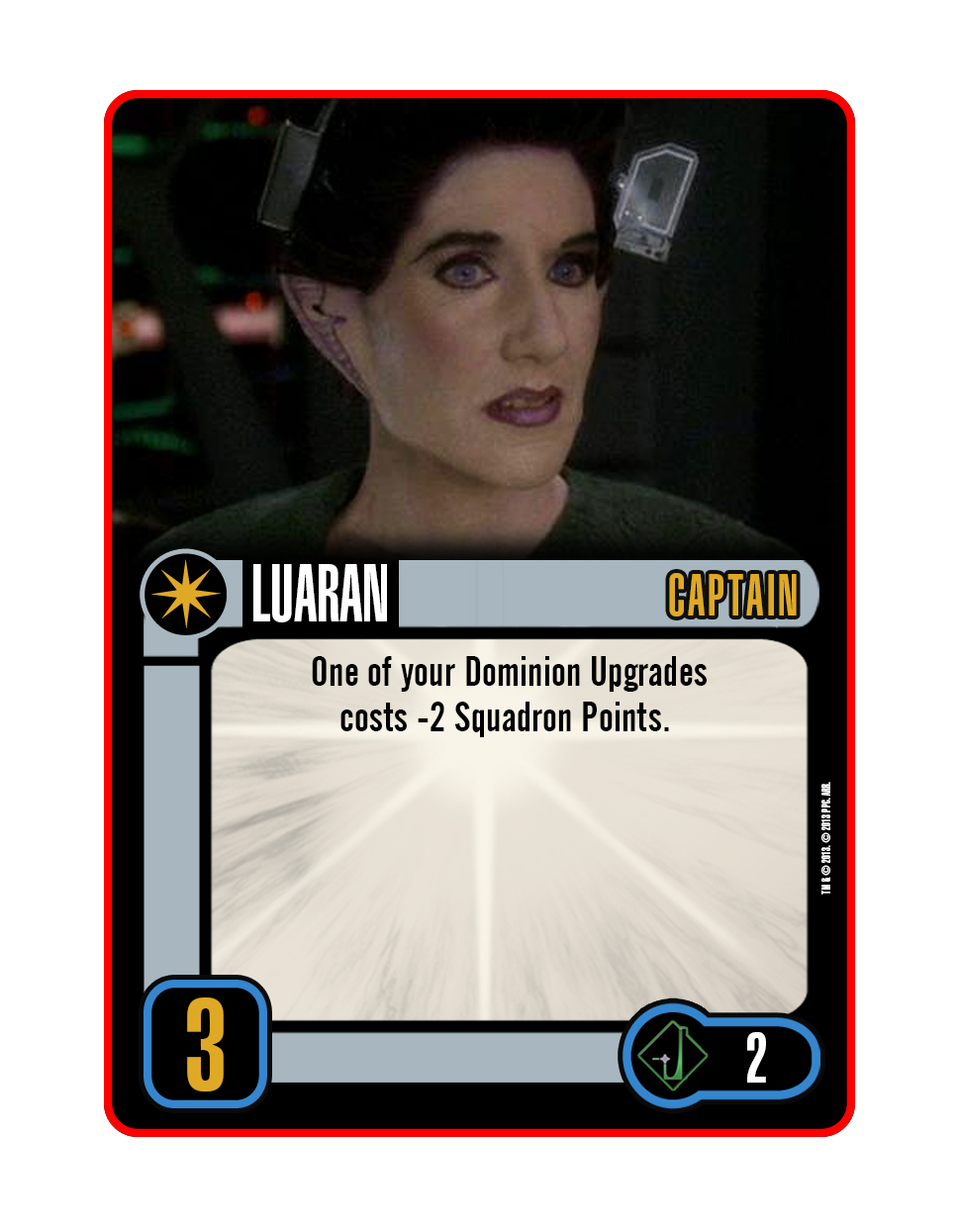 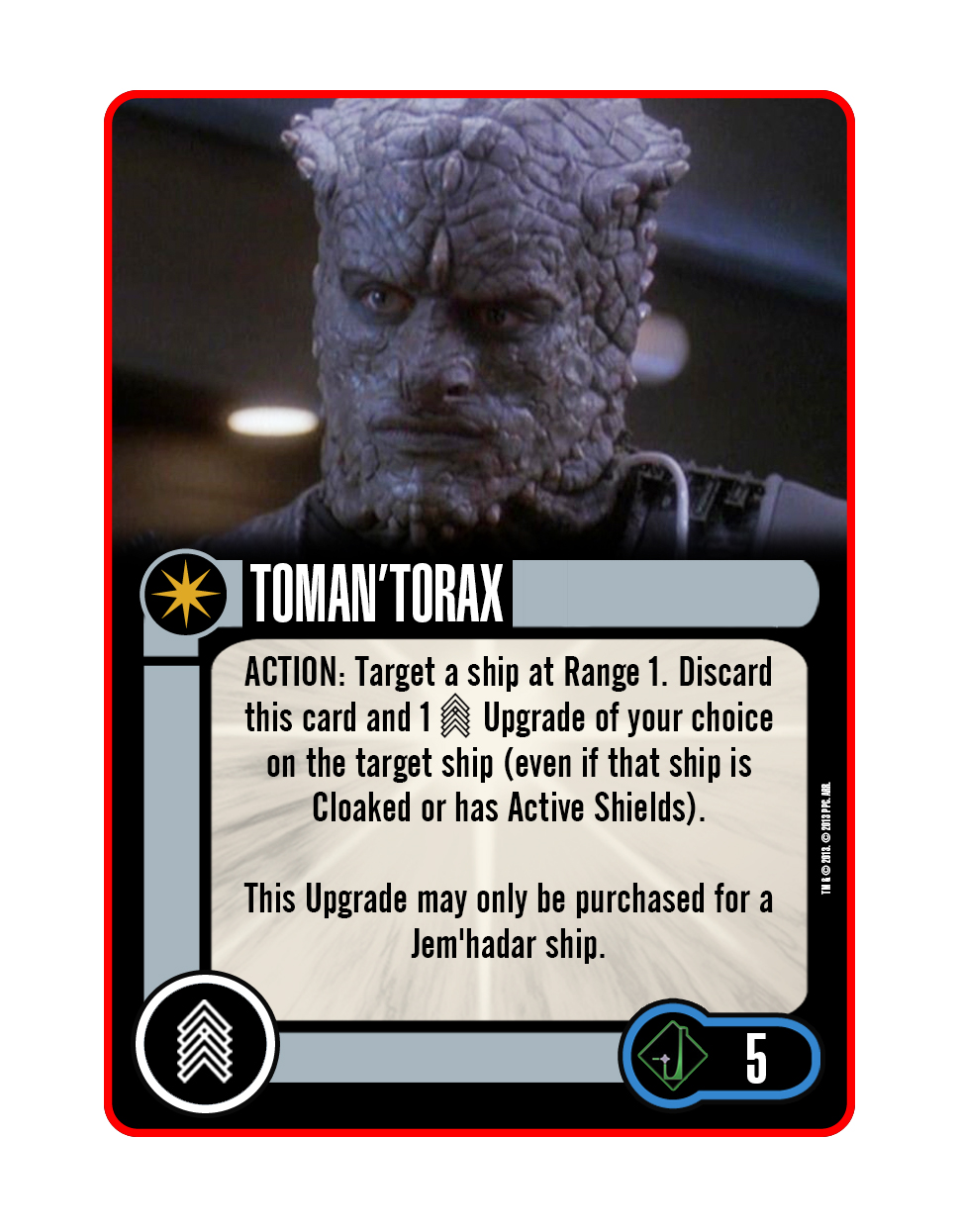 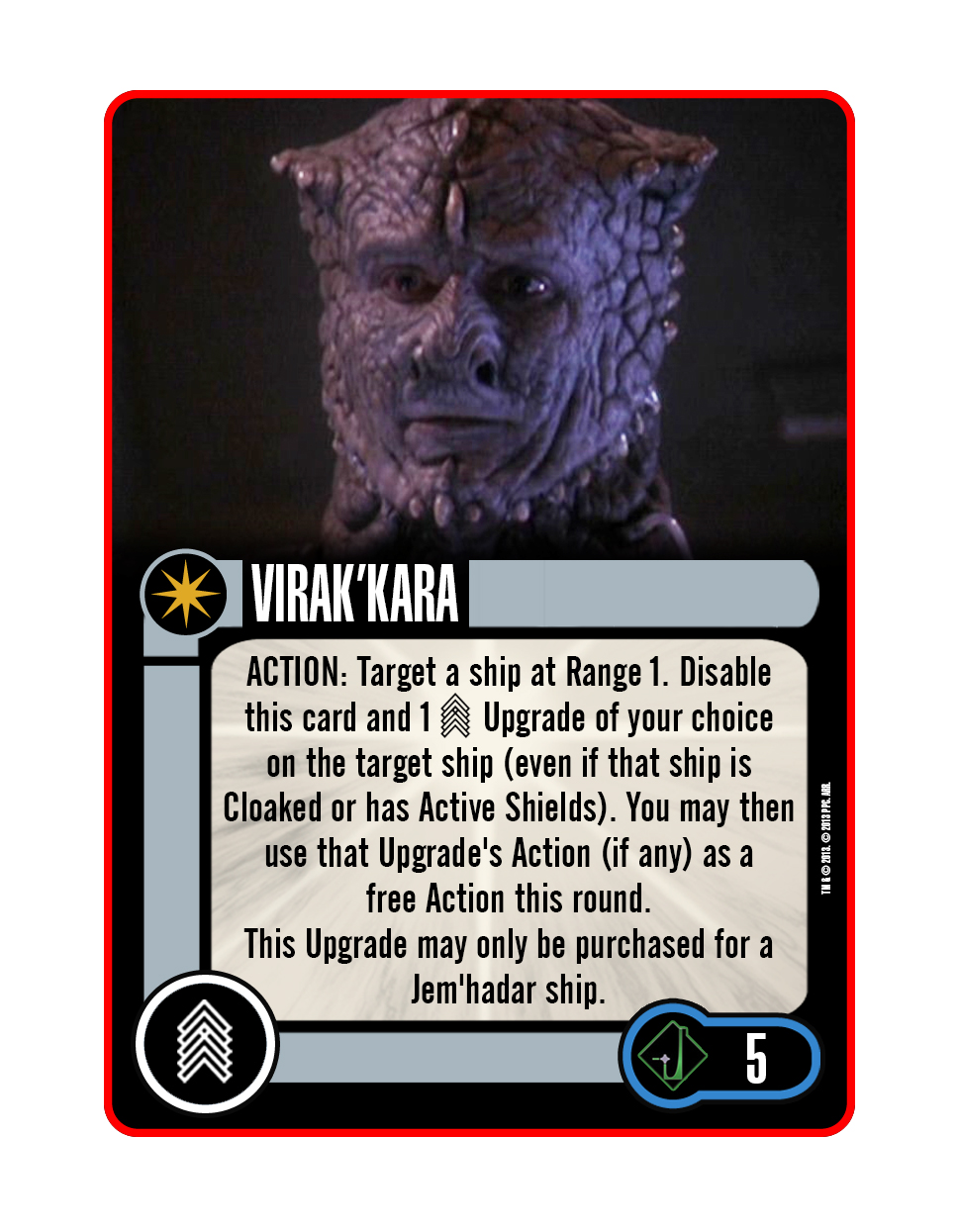 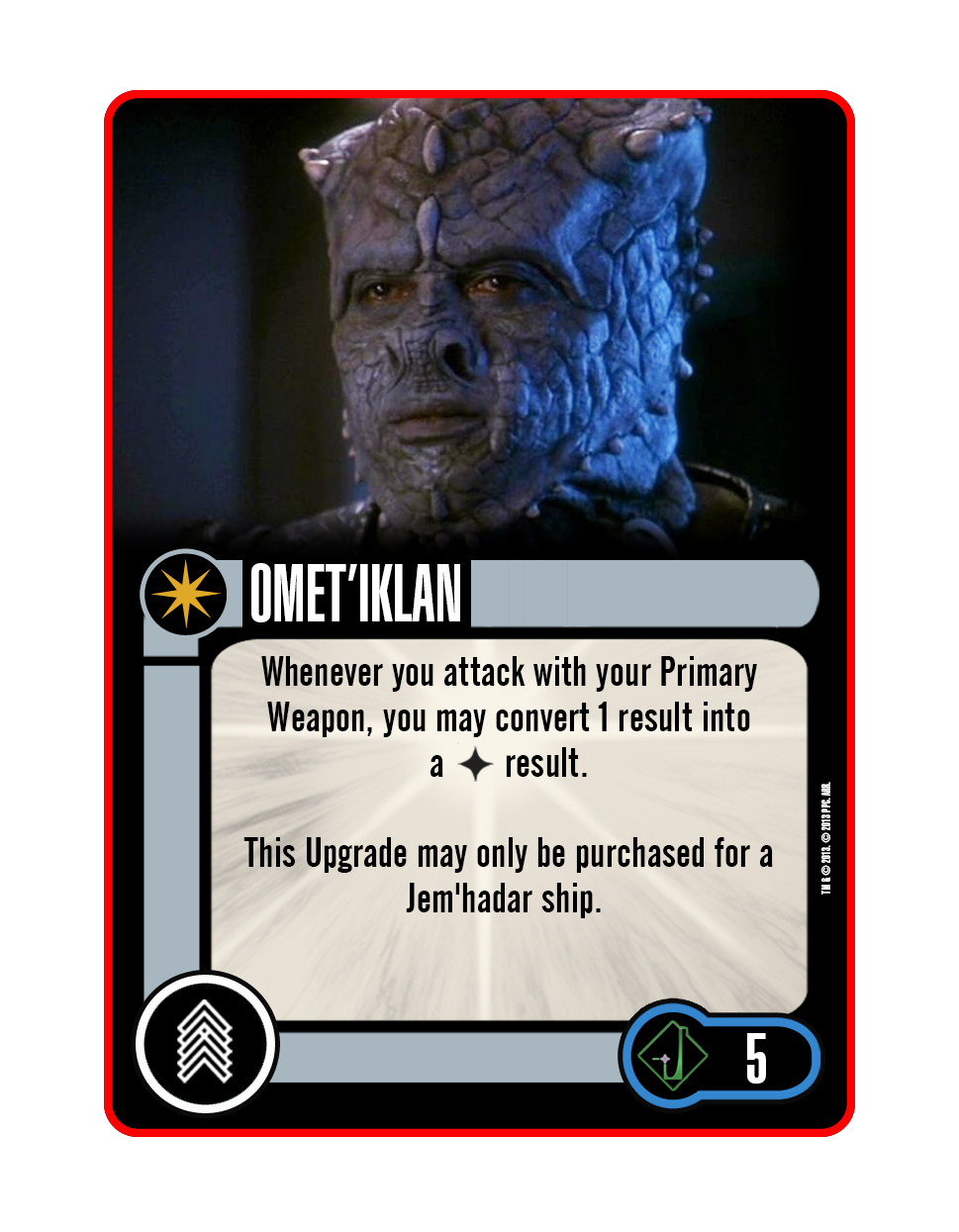 The expansion also comes equipped with Photon Torpedoes and the Phased Polaron Beam Secondary Weapons cards.  The latter allows all damage to ignore an opponent’s shields thereby allowing hits to impact straight to the hull.  Tech upgrades come in the form of the Long Range Tachyon Scan which basically allows the player to spend a Scan token to cancel out the Range 3 defensive bonus of its target while still impacting them with the normal effects of a Scan token as well as the Suicide Attack upgrade which will allow the Dominion player to roll an astonishing 8 attack dice against their opponent (at the cost of the destruction of their own ship). 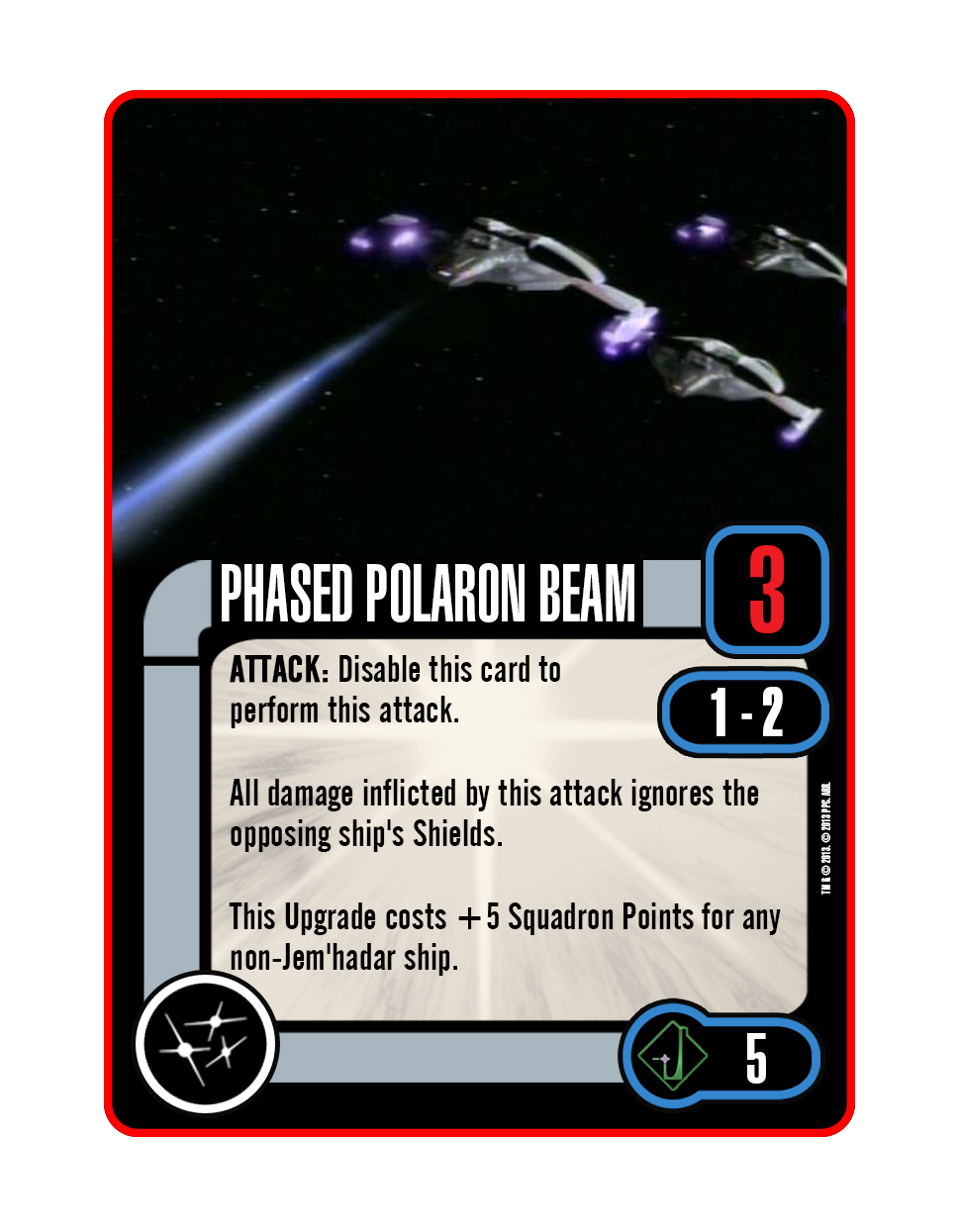 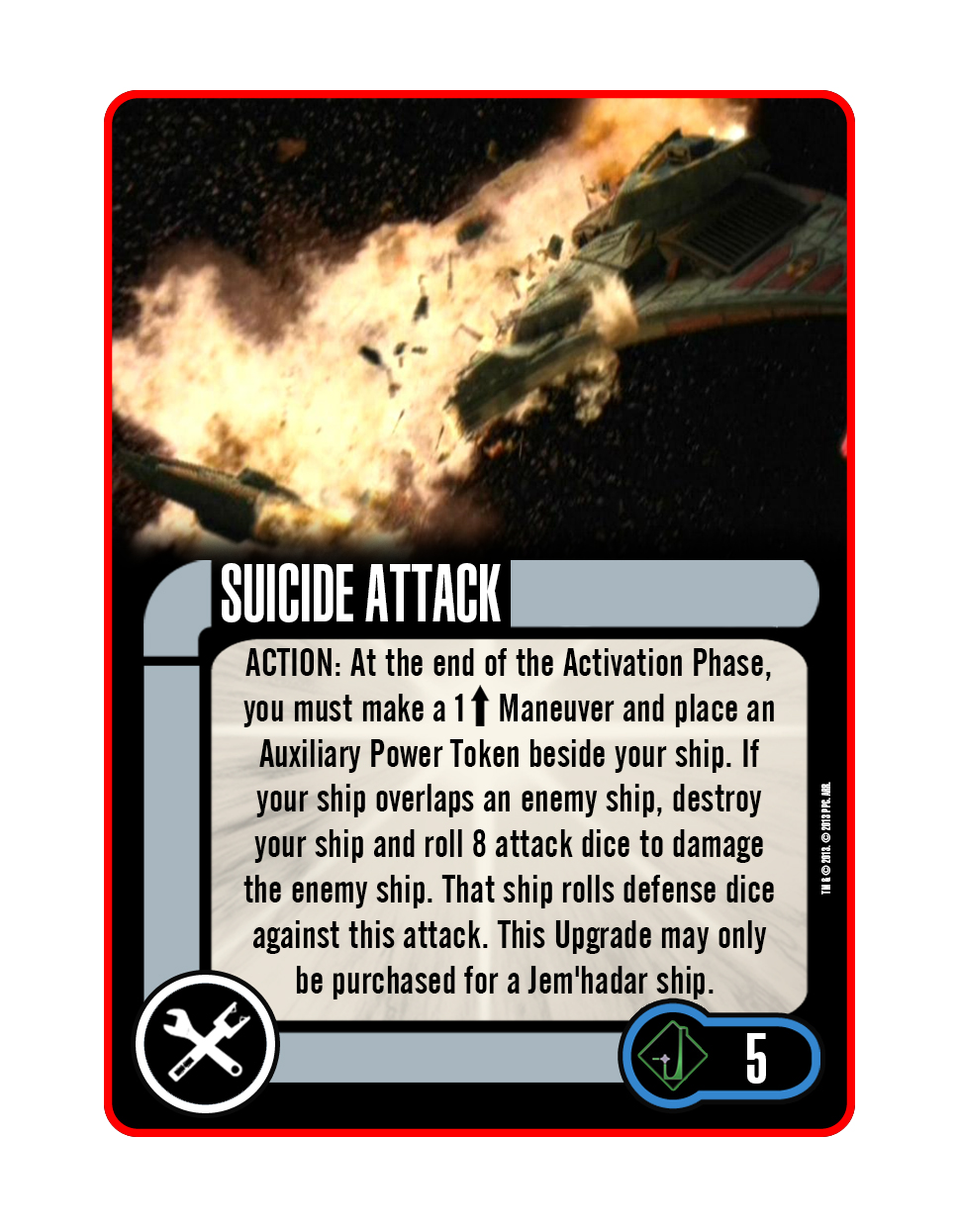 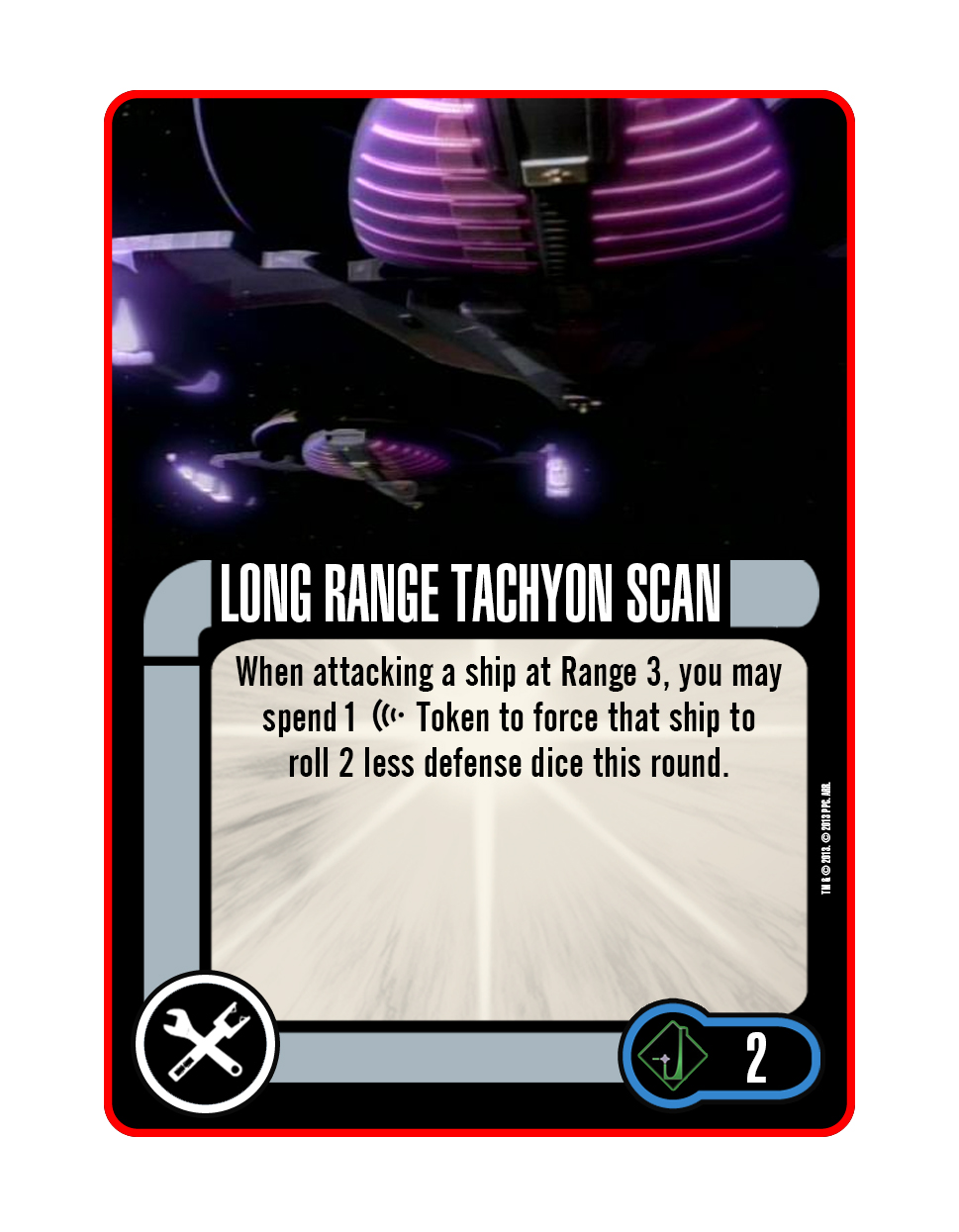 With all of the variety in the 5th Wing Attack Ship expansion and the new Effect Tokens to help remind players of cards effects, Dominion fans will find many different combinations to help bolster the Cardassian and Breen ships already available for their favorite faction.  Try out the enclosed mission, The First Battle of Chin’toka using one Jem’Hadar ship to fly alongside the Gor Portas or the Kraxon or field a 3 ship wing against the encroaching opponent.  Regardless of how a player decides to build their fleet, the Dominion forces have never been closer to securing control of the Alpha Quadrant than right now!

Keep a look out next week when we skip back to the past to take a look at a Romulan ship from the 22nd Century:  the I.R.W. Praetus.