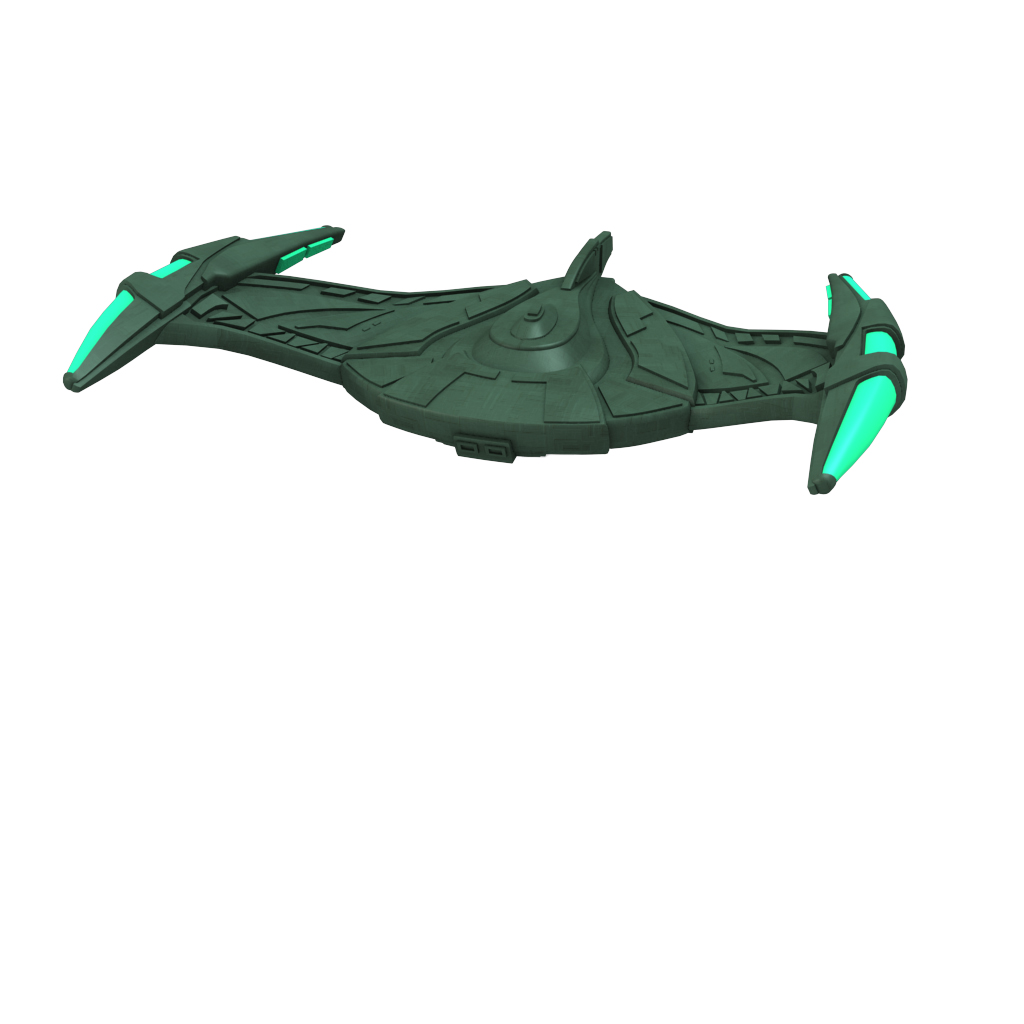 Hello again, Star Trek Attack Wing fans and welcome back to another sneak peek into the upcoming ships of the Wave 1 release.  This week we shift our focus to the mid-22nd century and see what the I.R.W. Praetus Expansion Pack has in store for us.  The first thing we notice is that this is the first deviation from the way in which ships are represented in an expansion pack.  Usually we will see the unique ship have a higher shield value and a SP cost of two more points than its non-unique version.  However, the I.R.W. Praetus has the exact same combat values and SP point cost as the regular Romulan Bird-Of-Prey as neither ship has any shields.  What the I.R.W. Praetus does bring to the table over the non-unique version is the Cloak and Sensor Echo actions thanks to its special ability to cloak even without any active shields.  This ability does come with a drawback as a player could inadvertently cause a point of damage to their hull on an unlucky roll. 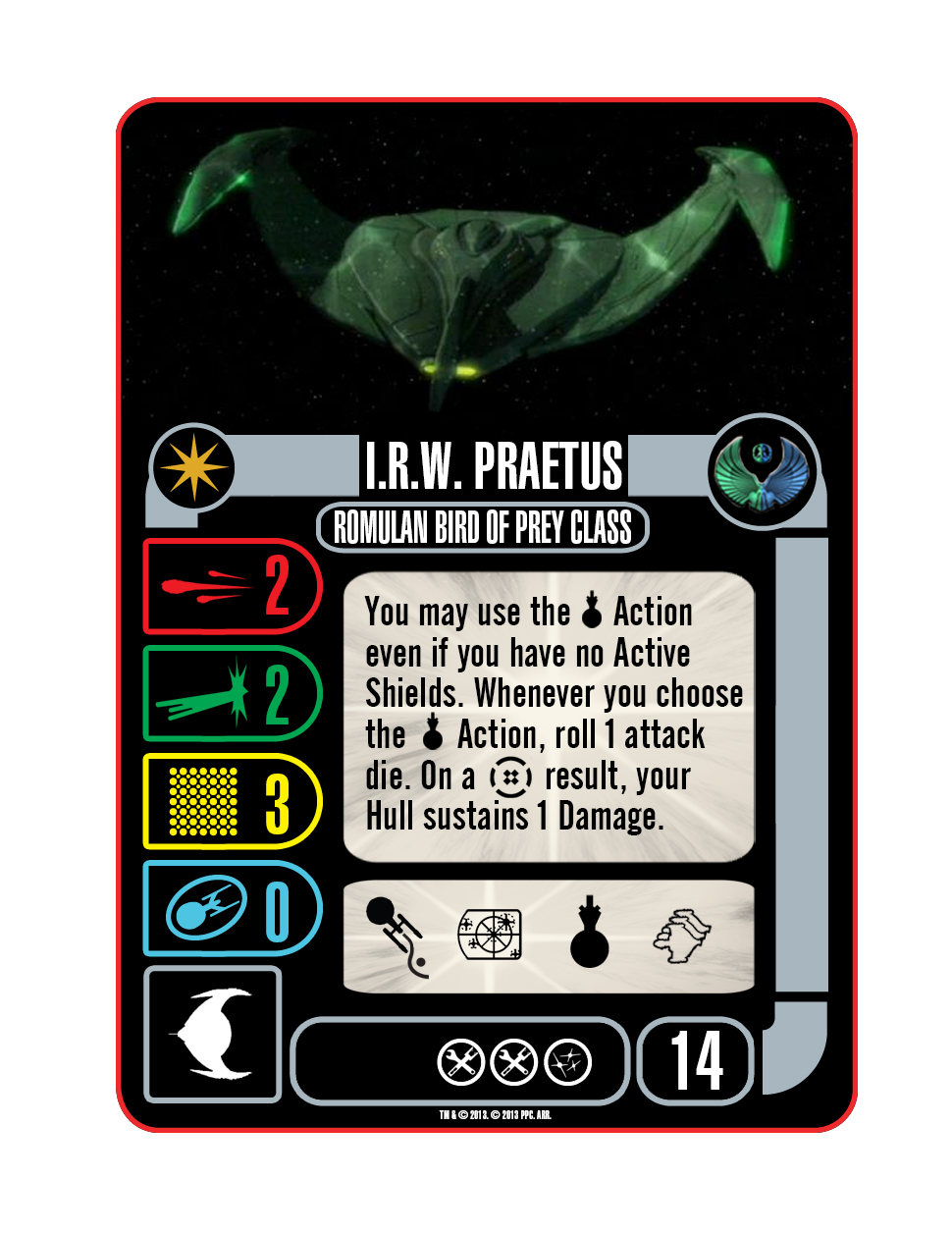 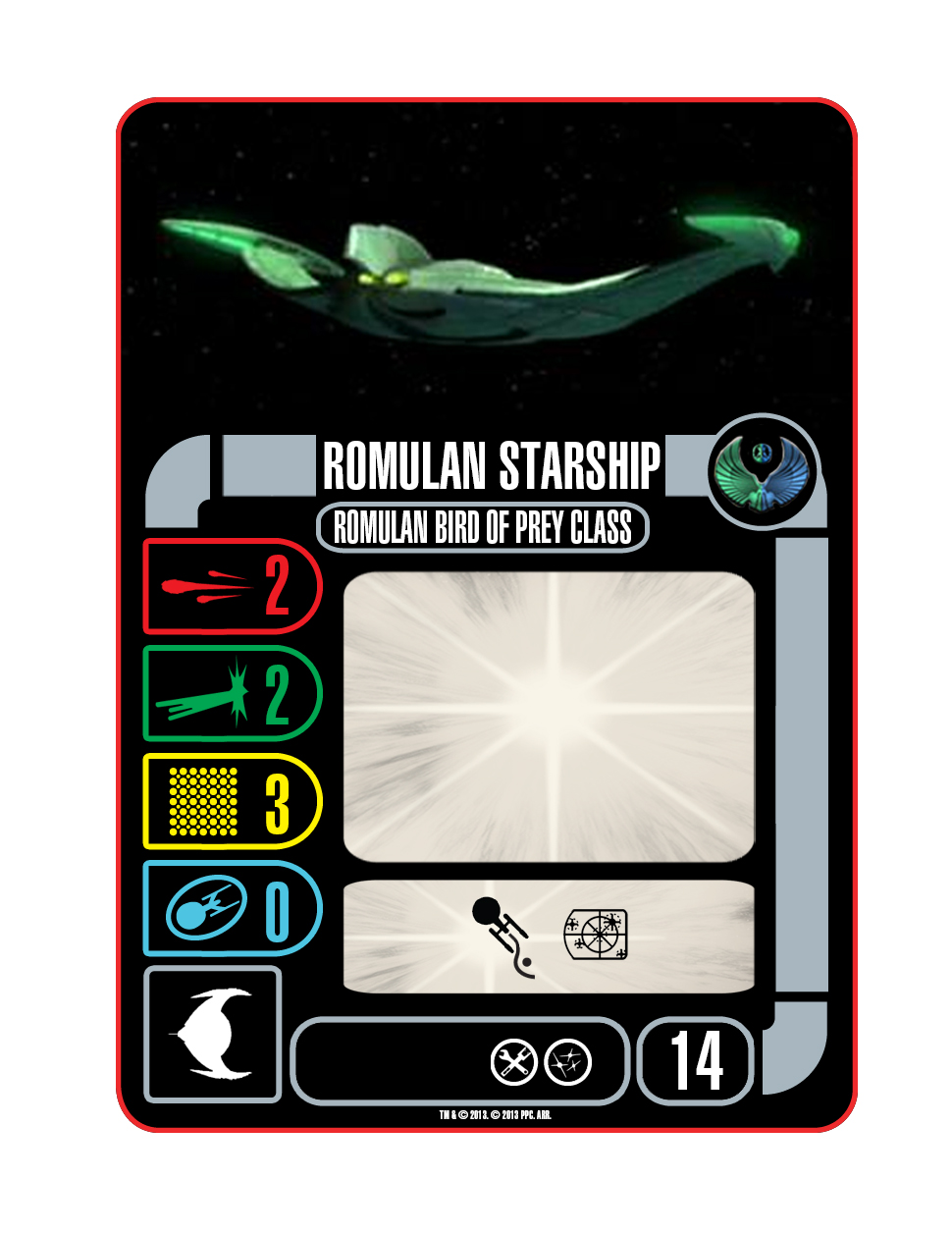 The I.R.W. Praetus also provides some interesting new options to the game.  The unique captain Valdore will get great use out of the nimble movement dial of the ship as his ability to add one attack die to an attack only comes into effect if he is outside of his target’s forward firing arc.  This ability will team well with the Nuclear Missiles weapon upgrade which is also present in the set: having the option to reroll one blank result while adding an attack die from Valdore to increase the attack to four will make this 2 SP upgrade worth much more than its slight cost. 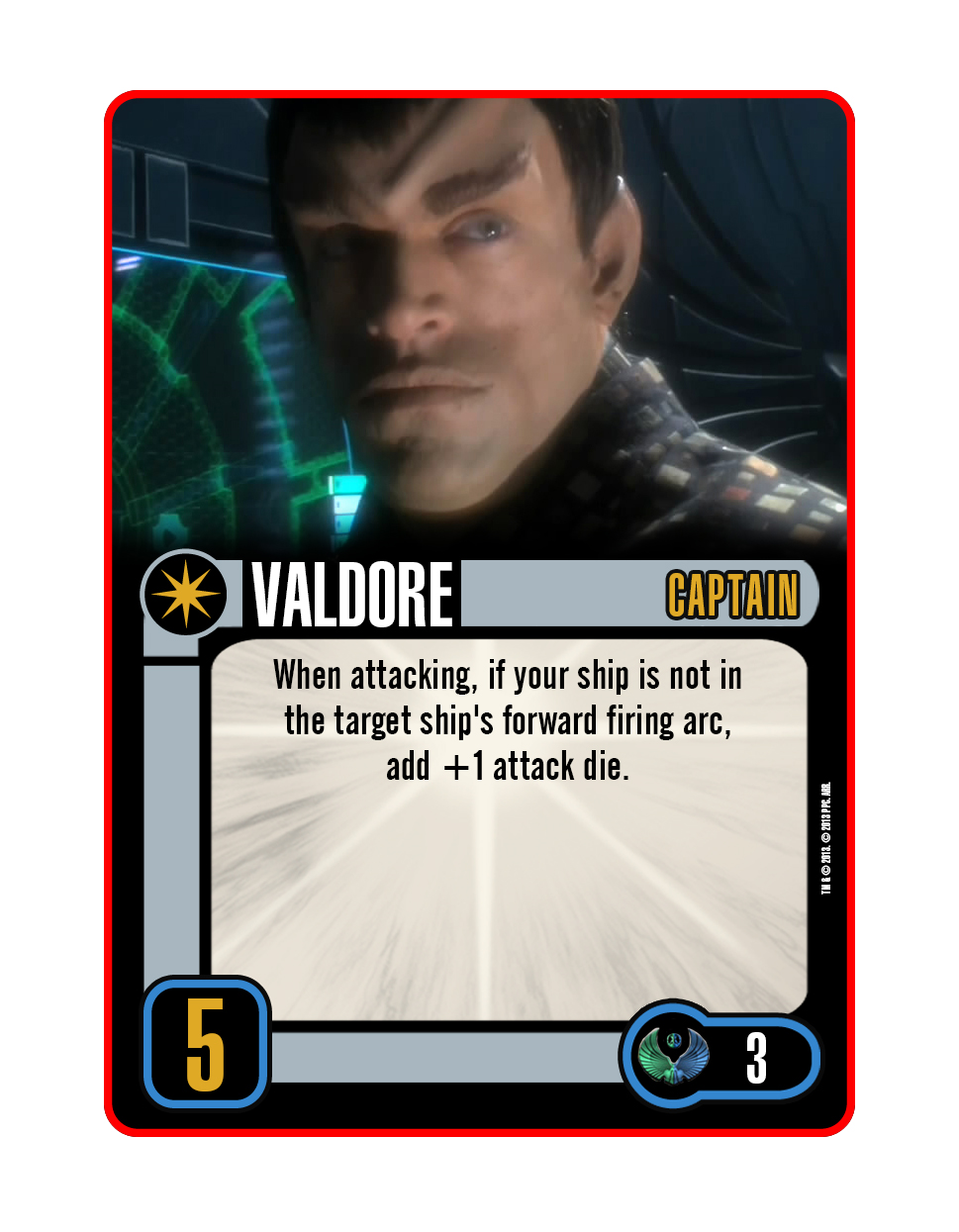 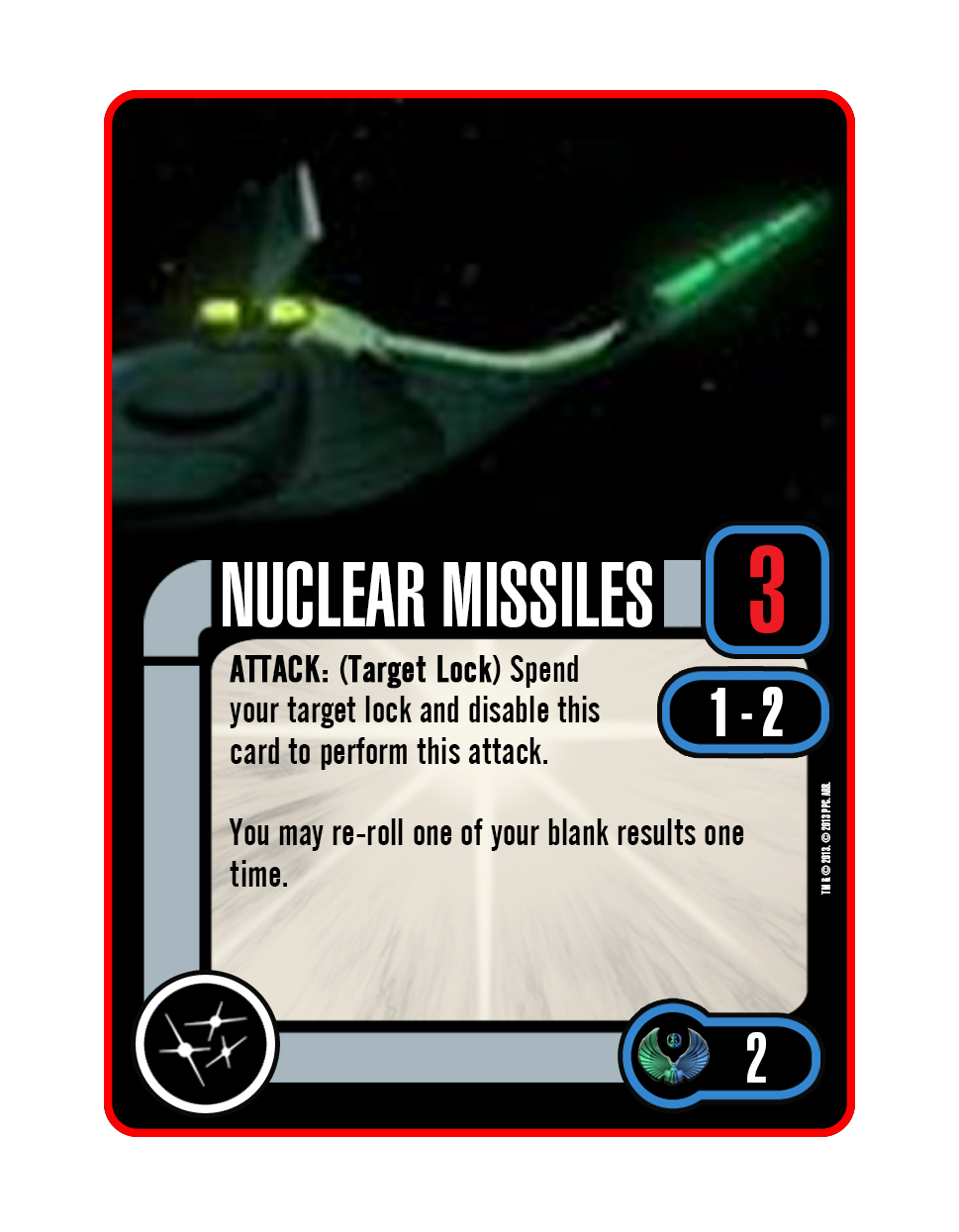 Two Tech upgrades are also included in the I.R.W. Praetus expansion that will work well on many different Romulan ships.  The Polarized Hull Plating allows the player to convert 1 Critical Hit into a normal Hit which will benefit many of the Romulan ships that just love to deactivate their shields to enter cloak mode.  The other Tech upgrade comes in the form of Cloaked Mines.  This upgrade allows the I.R.W. Praetus to place a Minefield Token (found in the Star Trek: Attack Wing starter set) anywhere within Range 2 during the Planning Phase as long as it is not within Range 2 of an opponent’s ship.  Once an enemy passes within range 1 of the token, they are going to hope that none of the three attack dice come up as hits or critical hits as they do not get to roll defensive dice to avoid the damage.  Luckily, ships which perform a Scan action can react to the threat and decrease the dice roll to only 2 attack dice.  It’s also nice to note that the Cloaked Mines are used as the initiating factor for the Emergency Repairs mission that comes in the expansion. 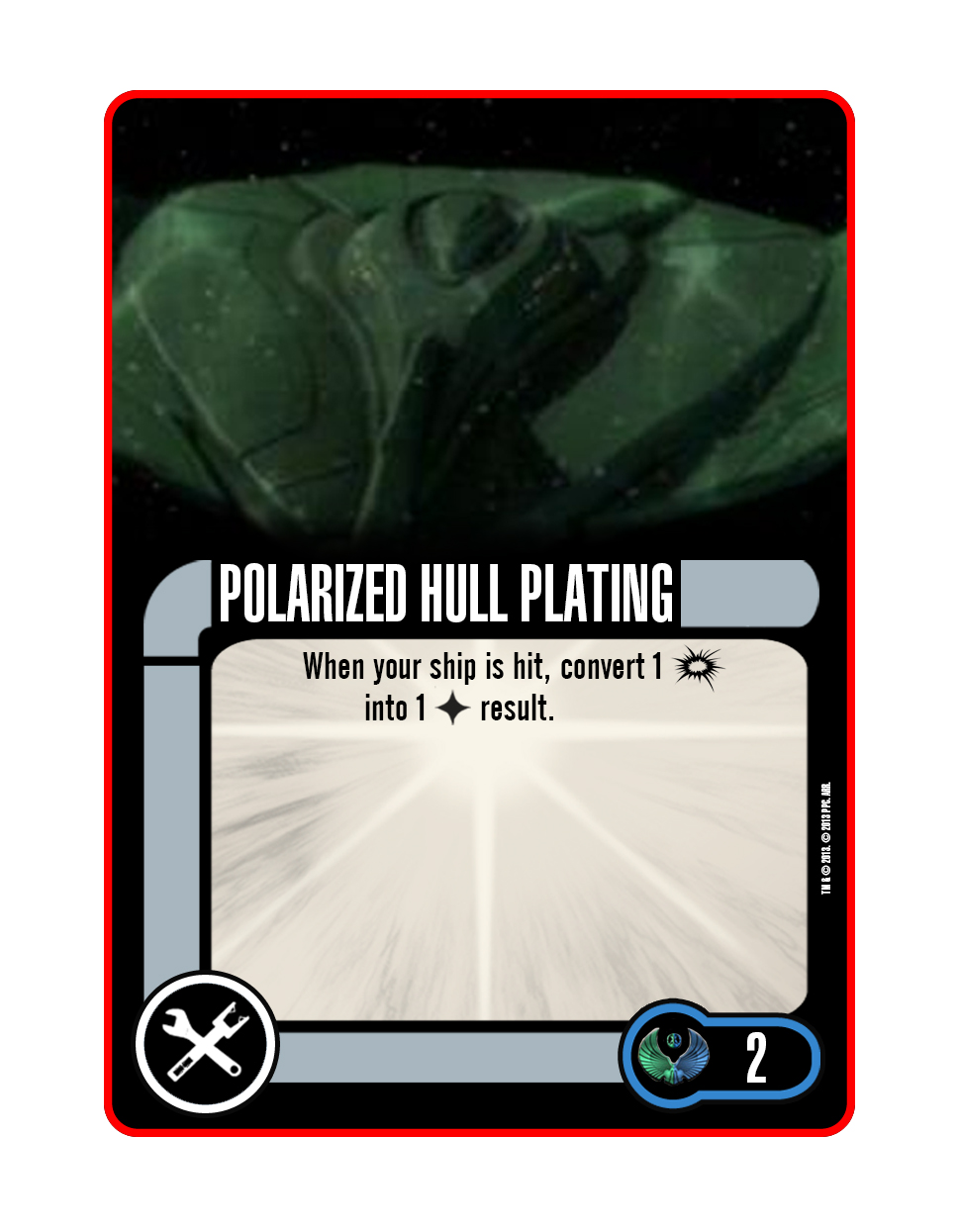 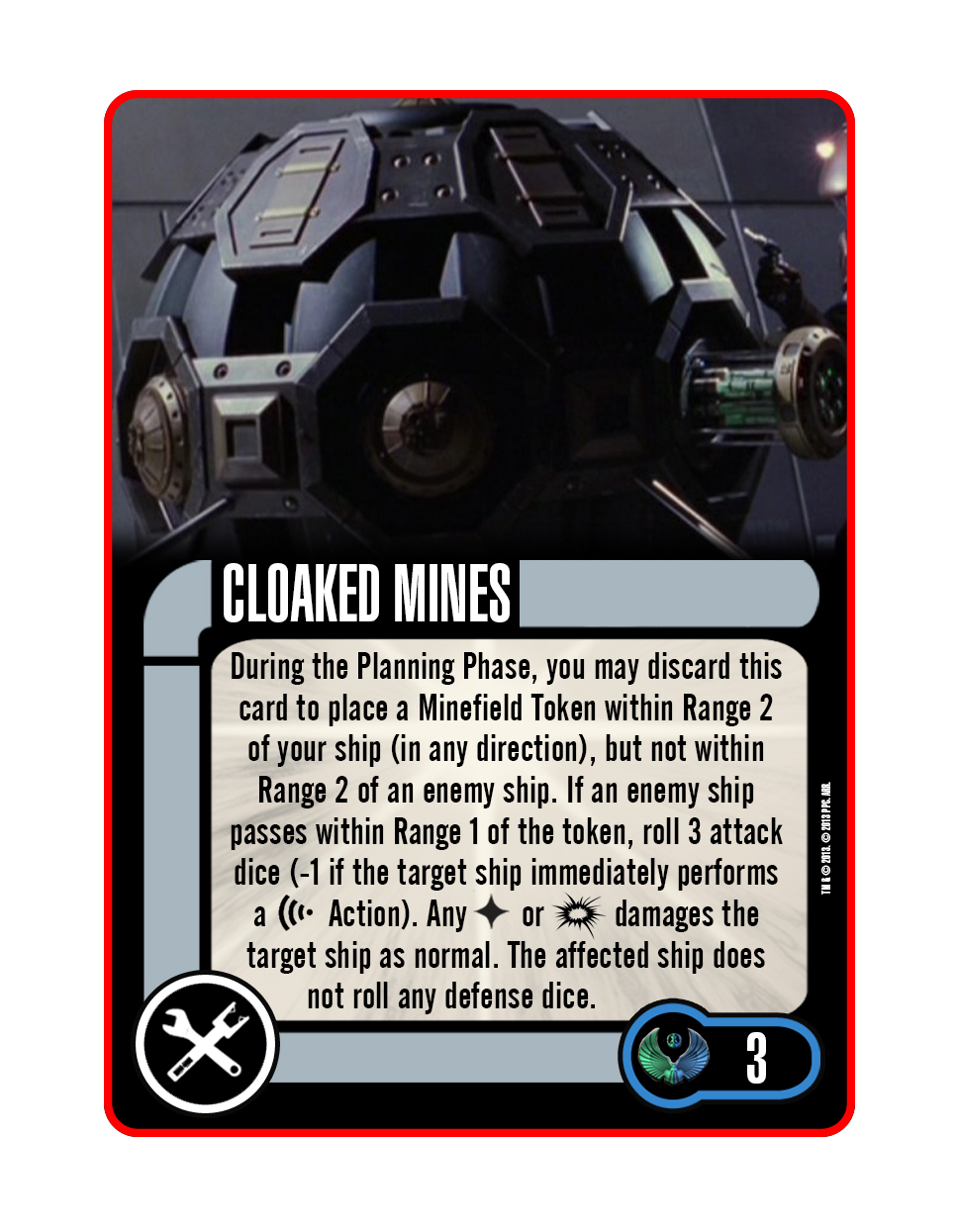 With all of the above going for it (including Effect Tokens to assist players in remembering card effects), the I.R.W. Praetus Expansion Pack will enhance the choices for many Romulan players in the months to come.  Its ability to impact the battle field with Cloaked Mines or serve as a secondary attacker when paired with the I.R.W. Valdore and the R.I.S Apnex will help spread the influence of the Romulan Star Empire in no time.

Come back next week as we take a look at the final ship in Star Trek: Attack Wing’s undiscovered country (that’s “the future”, folks!): the I.K.S. Kronos One.