Can you Defeat the Kobayashi Maru Scenario?

Can you defeat the Kobayashi Maru? 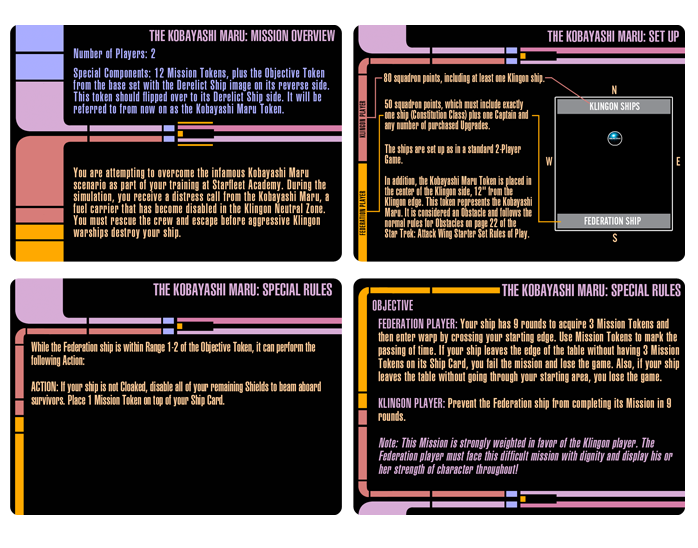 All entries must be received by 11:59pm on December 1, 2013—the 24th anniversary of the publication of Julia Ecklar’s novel The Kobayashi Maru by Pocket Books.

Email your videos to wkcontests@necaonline.com – videos must be in one of the following file formats— Quicktime, AVE, WMP, MP4— and no larger than 6MB.

Email entry must include:

One (1) video will be chosen from the videos in which the Federation Players defeats the Kobayashi Maru Mission.

As a consolation, one (1) video will be chosen from the videos in which the Klingon Players prevent the Federation Player from completing the mission.

Must be 18 or older or have parental consent to submit.