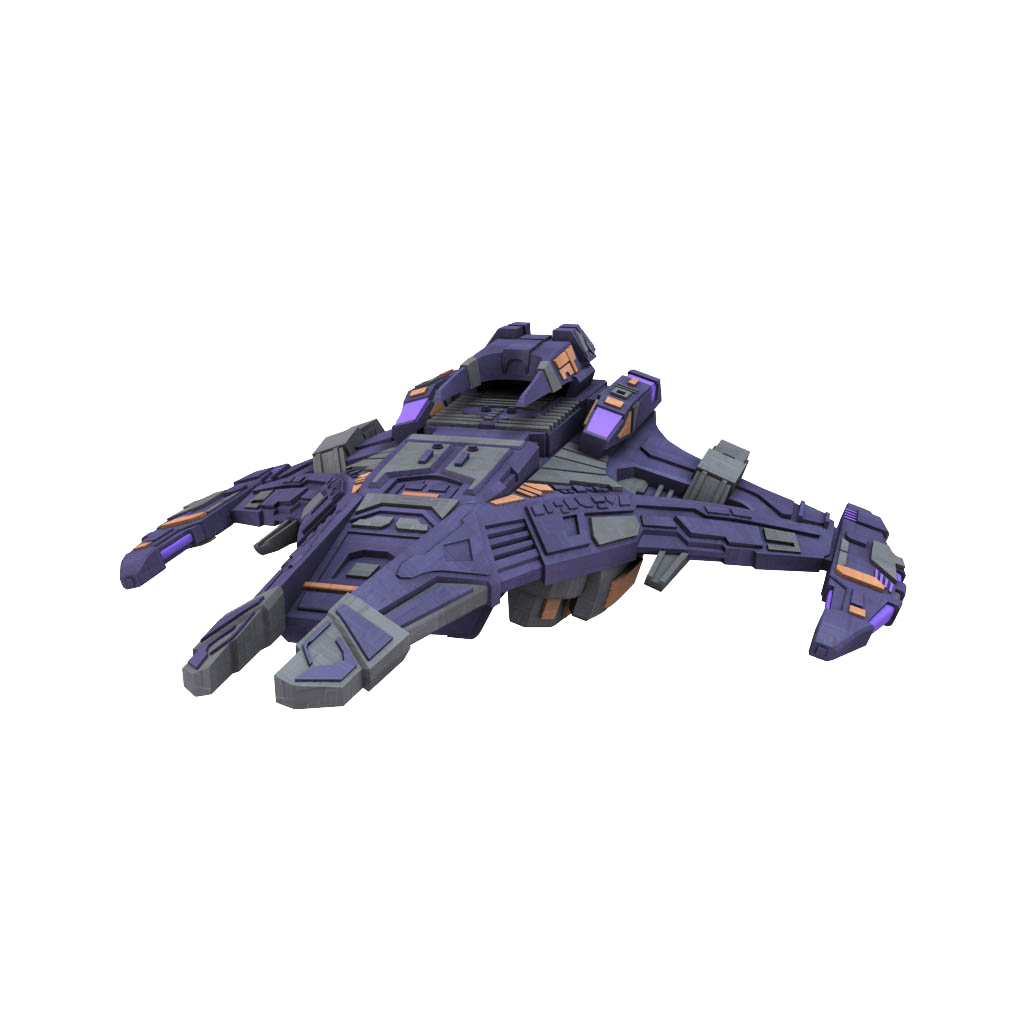 A new year is upon us so it only seems appropriate that we begin looking into the Wave 3 expansion offerings for Star Trek Attack Wing.  We may as well start things off BIG and take a look at the 4th Division Battleship expansion pack that will have Dominion players shouting for joy.  At 36 points, the  4th Division Battleship pushes ships stats to a whole new level with a primary weapons value of 6 and an astounding 7 hull points.  Using it as the focal point for your fleet is a great idea, especially considering its ability to grant one free action to a friendly Jem’Hadar ship within range 1 or 2.  Gelnon makes his first appearance as a Captain for this expansion with an interesting ability that allows a player the opportunity to cause damage to an opponent’s ship during the Activation phase and also the possibility to secure a Battle Station token for his ship.  Weyoun returns as a Captain with an upgrade in captain skill as well as a new Elite Talent slot.  For those that really love tricking out their fleet, Weyoun can help do that in spades as he adds two Crew slots to a ship’s upgrade bar and gives a 1 SP discount to crew filling those slots if they are of the Dominion faction. 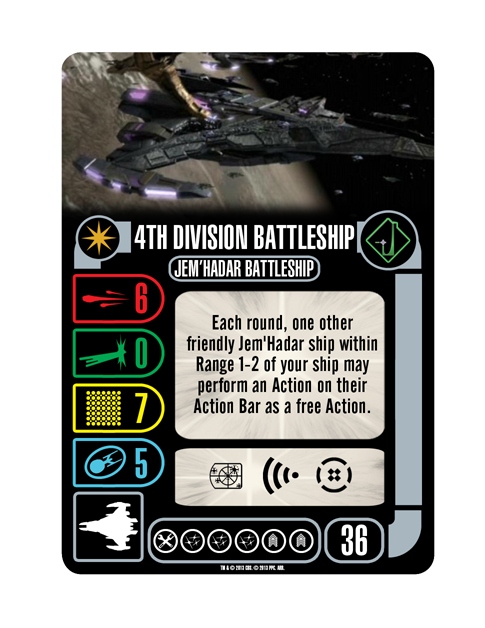 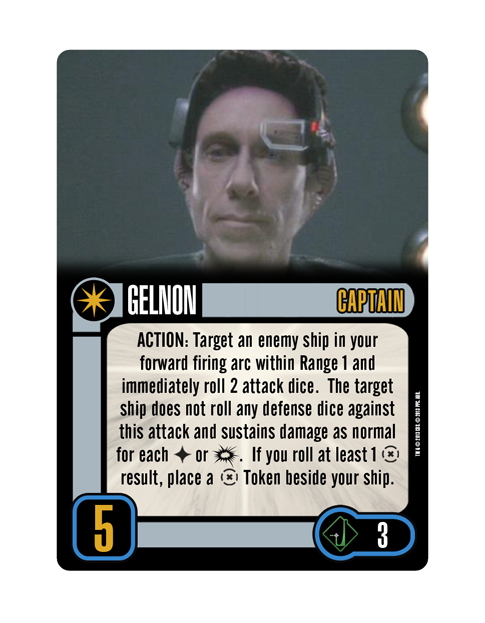 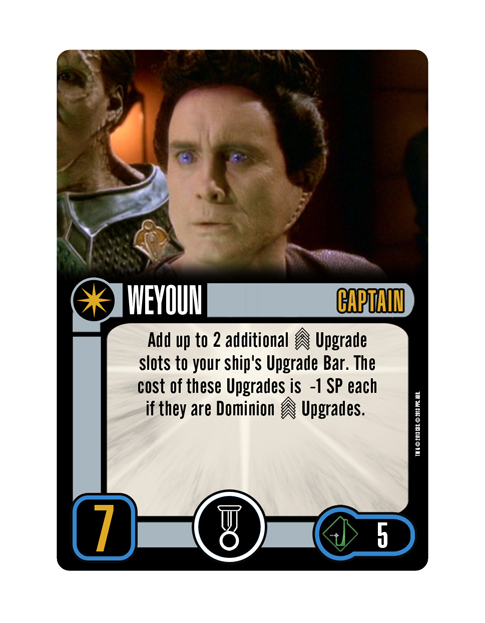 Speaking of Crew Upgrades, we see three new Jem’Hadar crew enter the game with the release of the 4th Division Battleship expansion pack.  Kudak’etan will be invaluable when facing an opposing ship with numerous crew upgrades as by discarding him and disabling another crew member, a player will be able to disable all Crew Upgrades on the opposing ship.  At 2 points (and no additional SP penalty like the other Jem’Hadar crew), Ixana’rax allows a player to flip over all Critical Damage cards assigned to his ship.  Finally, we see the “defensive target lock” ability on Ikat’ika, who can be discarded to force one ship to reroll any number of their attack dice while his ship is defending an attack. 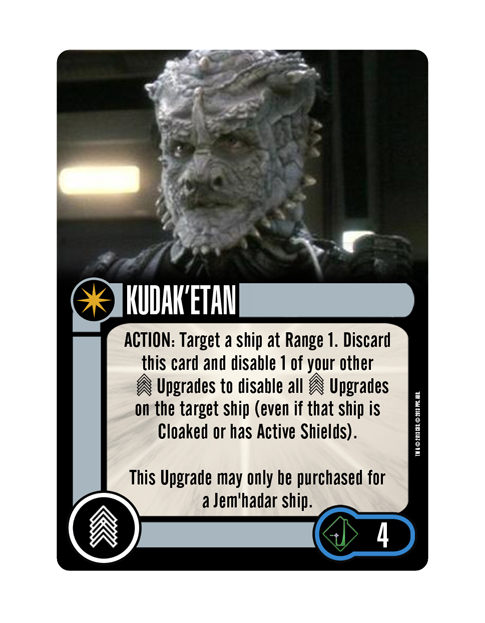 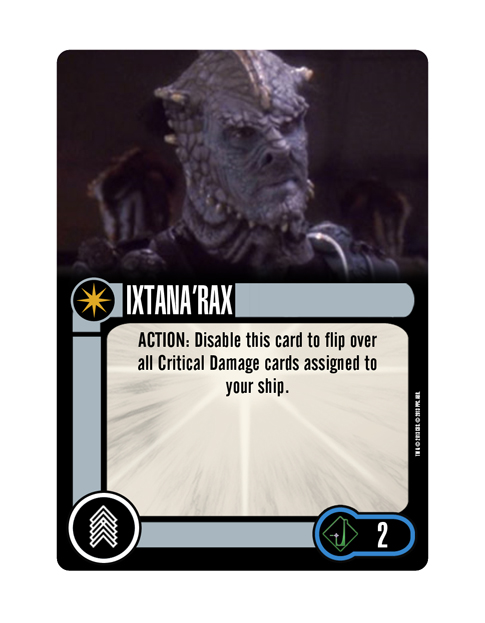 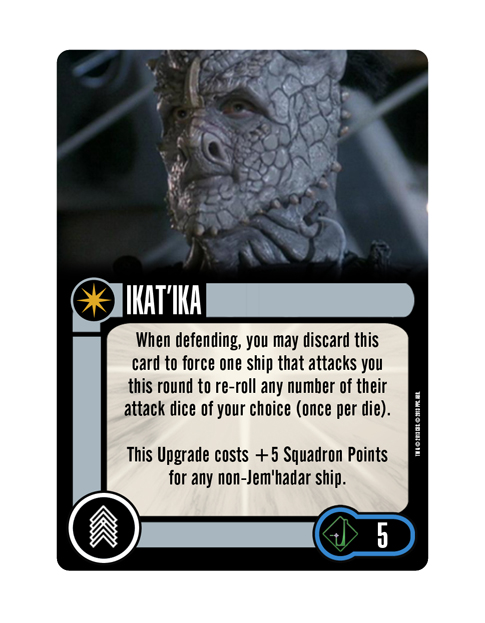 A Battleship would not be complete without a few secondary weapon additions.  We see the return of the Phased Polaron Beam which causes the attack to ignore the opposing ships’ Shields.  The 4th Division Battleship expansion pack also includes a base attack 5 Photon Torpedoes upgrade which adds +2 attack dice when fired from a Jem’Hadar Battle ship. 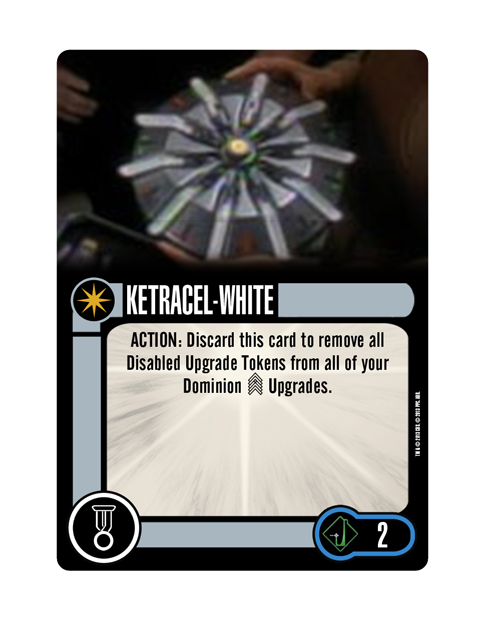 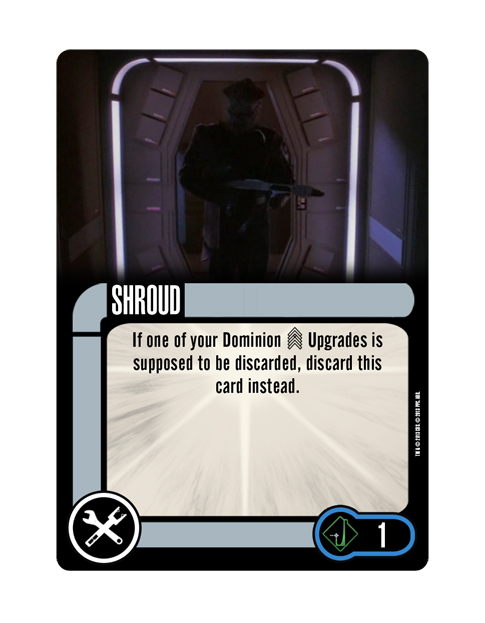 With so many great upgrades, it will be a sad day for the Federation when they try to complete the included Collect Technical Data mission when facing off against a fully loaded Jem’Hadar Battleship.  With all of the tokens needed to play the ship right out of the package, the 4th Division Battleship expansion pack for Star Trek Attack Wing will give the push the Dominion need to finish out the Dominion War and achieve the victory they so desperately seek.  Stick with us next week as we get pulled into the Delta Quadrant for our review of the U.S.S. Equinox!