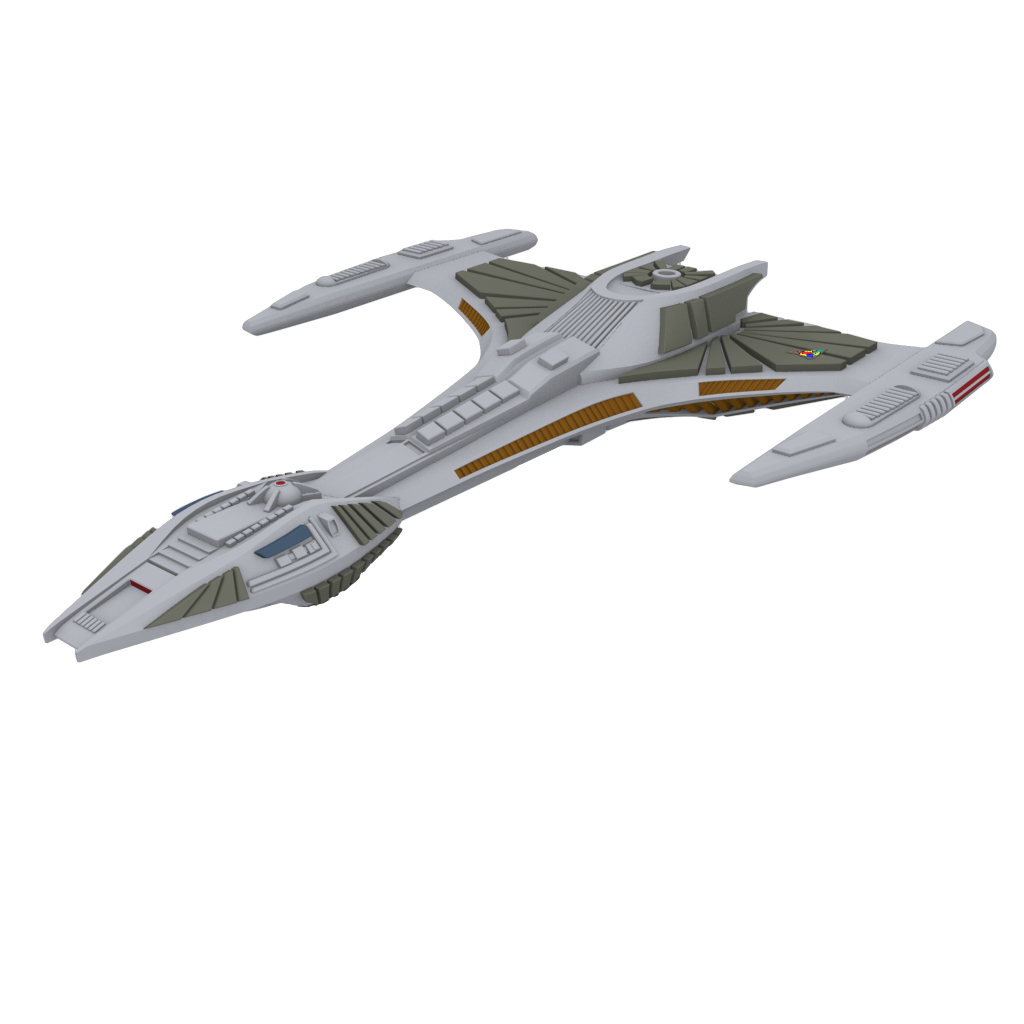 Strap yourselves in– it’s going to be a bumpy ride as we take a look at another of the Wave 3 expansions for Star Trek Attack Wing.  This week we head to the mid-22nd century to look into the contents of the I.K.S. Somraw Expansion Pack.  The nimble Raptor class vessel comes in at 20 points and will be hard to hit thanks to its special ability.  Offensively, the Somraw Commander will help the attack ability of the small ship and can prove the strength of his Klingon Honor Elite Talent while doing so. 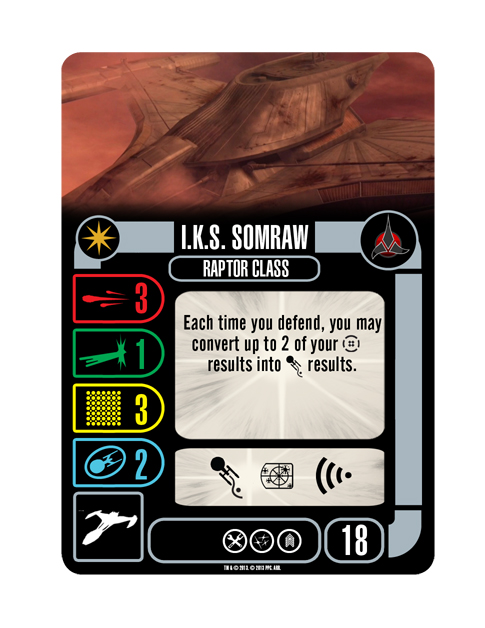 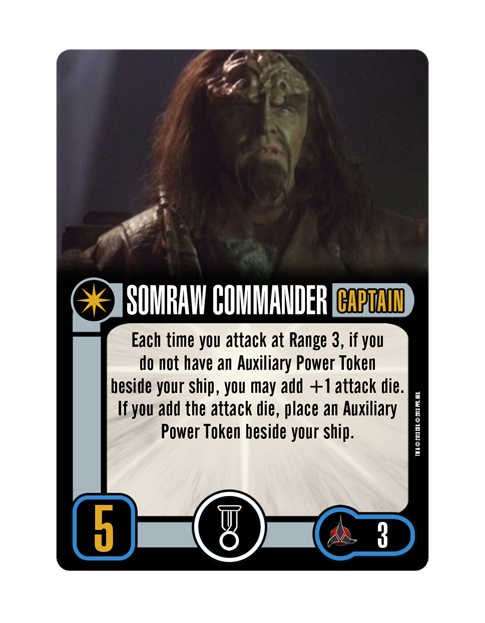 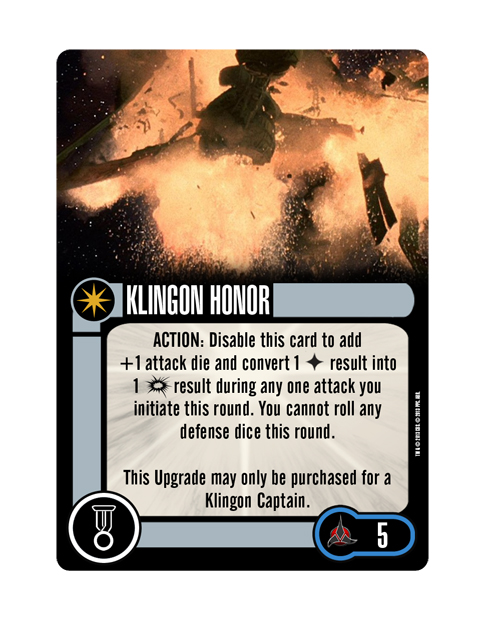 Photon Torpedoes can also nicely enhance the attack capabilities of the ship.  Meanwhile the new Crew upgrade, Bu’Kah, can help keep a ship in the fight by repairing 2 damage to the Hull.  The I.K.S. Somraw Expansion Pack also contains two new Tech Upgrades.  Shockwave can be used in conjunctions with the Photon Torpedoes to give the ship a surprise movement option to take your opponent off guard.  Alternately, Tactical Sensors can be disabled to allow more tactical options for your ship. 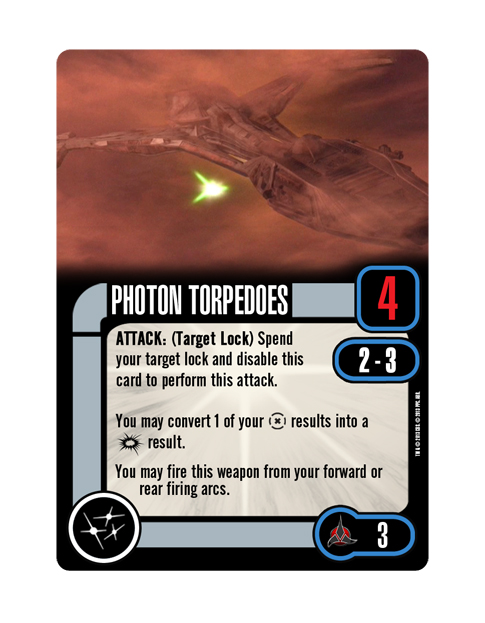 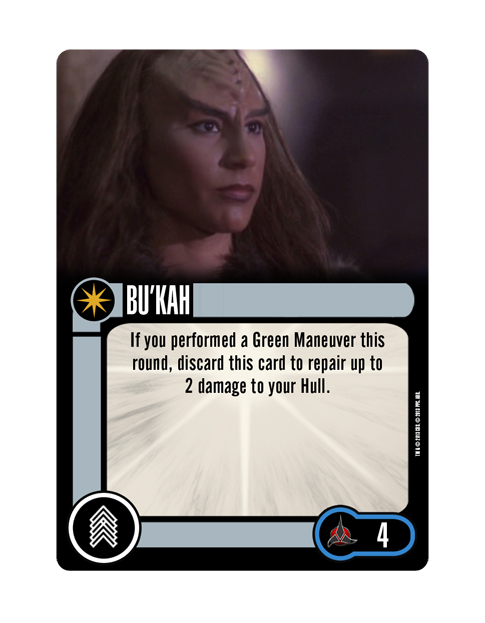 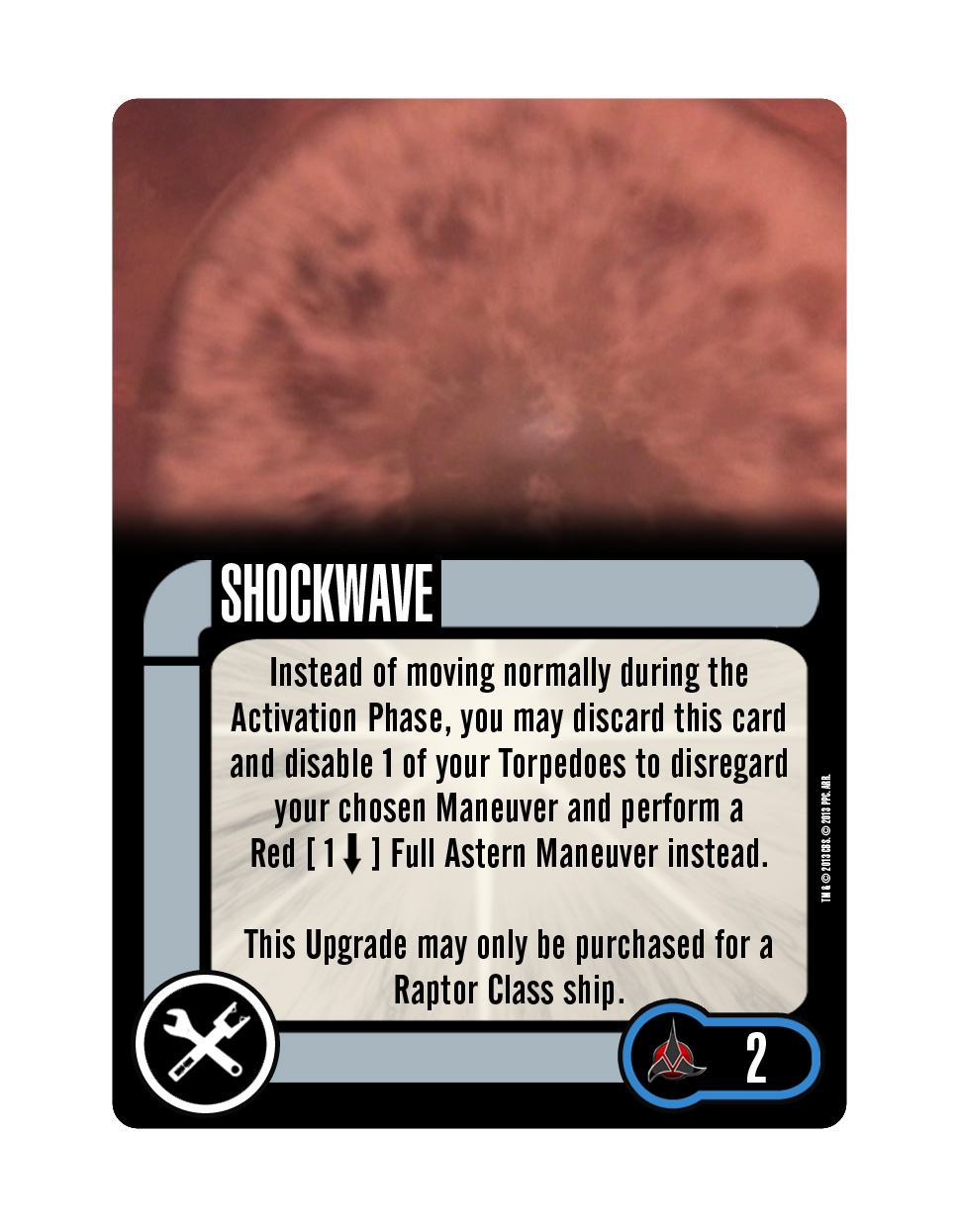 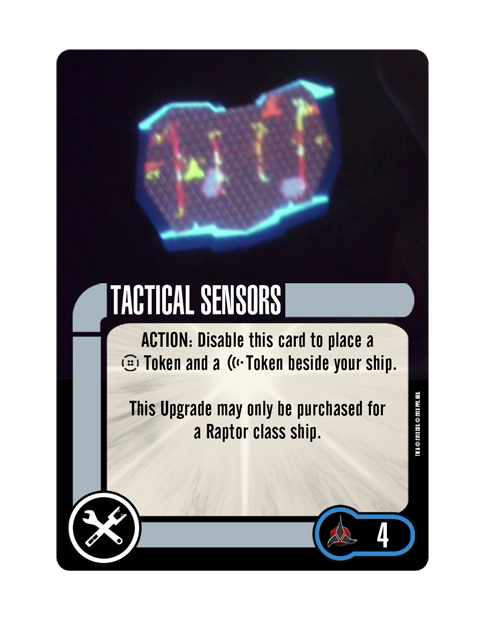 Make sure to avoid the Xarantine ale while you are attempting to complete the Escape The Gas Giant mission that is contained within the I.K.S. Somraw Expansion Pack.  However you decide to equip the I.K.S. Somraw or transfer crew to other ships within the Empire, players will get great use out of the components.  Stay tuned with us next week as we take a look at the final Star Trek: Attack Wing Wave 3 expansion: the I.R.W. Gal Gath’Thong.