We have carefully considered the feedback that we have received since posting the Admiral’s Orders and would like to give our sincere thanks for all the comments we received from Star Trek: Attack Wing store owners, players and tournament organizers.

For The Dominion War storyline organized play event series, our design team crafted different scenario play for each month that strived to bring the excitement of The Dominion War to the Star Trek: Attack Wing battlefield.  While we feel that Admiral’s Orders were a success in that they spurred players to assemble new fleet builds to bring to Star Trek: Attack Wing tournaments, we also want to ensure that the Admiral’s Orders are closely tied to events and do not detract or add an unnecessary layer to the storyline organized play scenarios.

We are going to look at possibly implementing Admiral’s Orders as part of future OP kits with the goal of ensuring that they are integrated as part of the play for that month.  However, given lead time for playtesting and production of organized play kits, it will be quite a while before we see them again.

Please note: Given the fact that Admiral’s Orders are intended to promote different styles of play, it is recommended that the Admiral’s Orders that have been posted thus far are only used occasionally moving forward by store owners/tournament organizers. 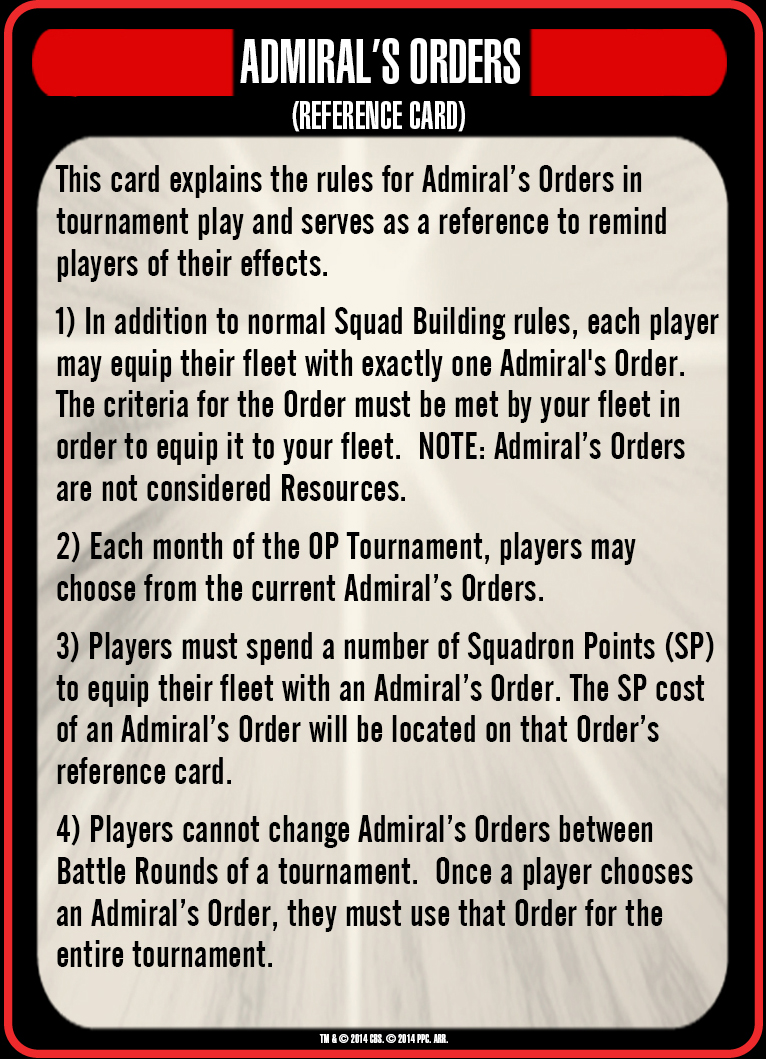