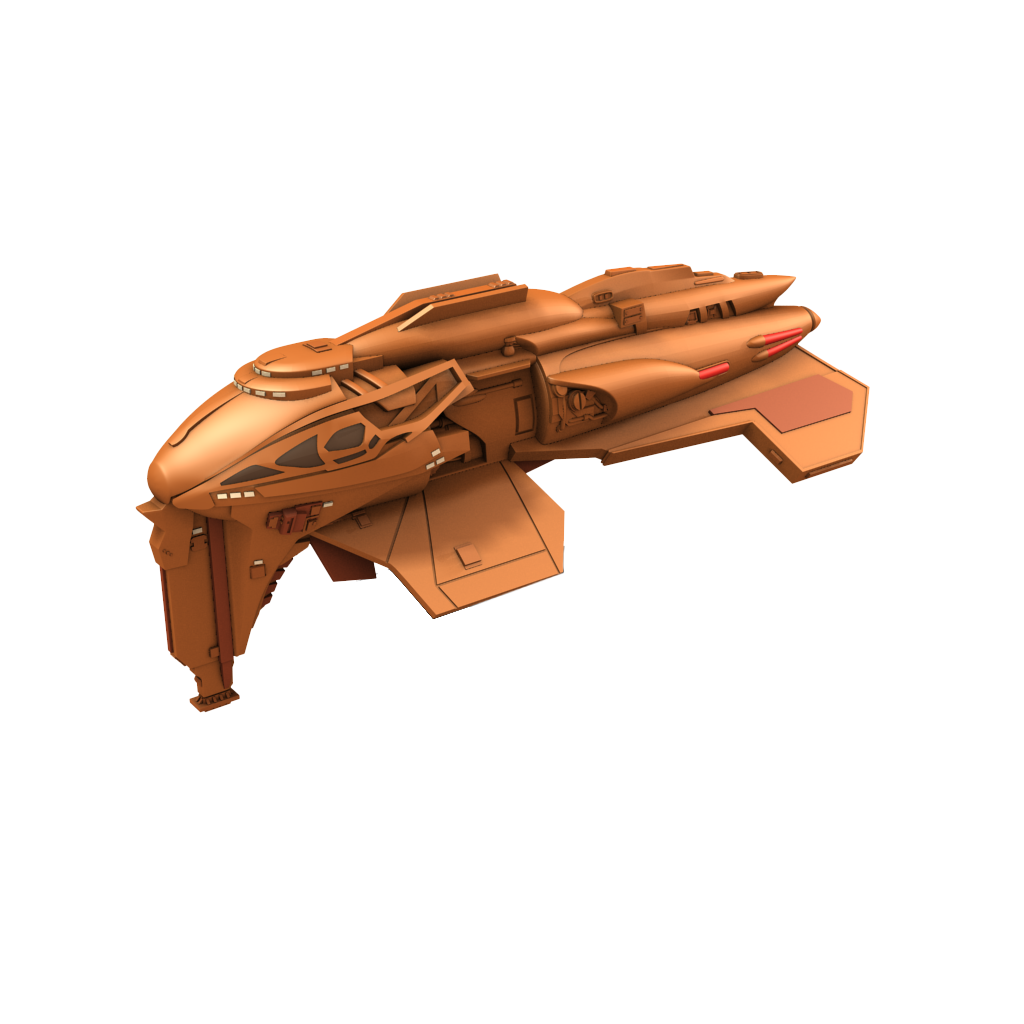 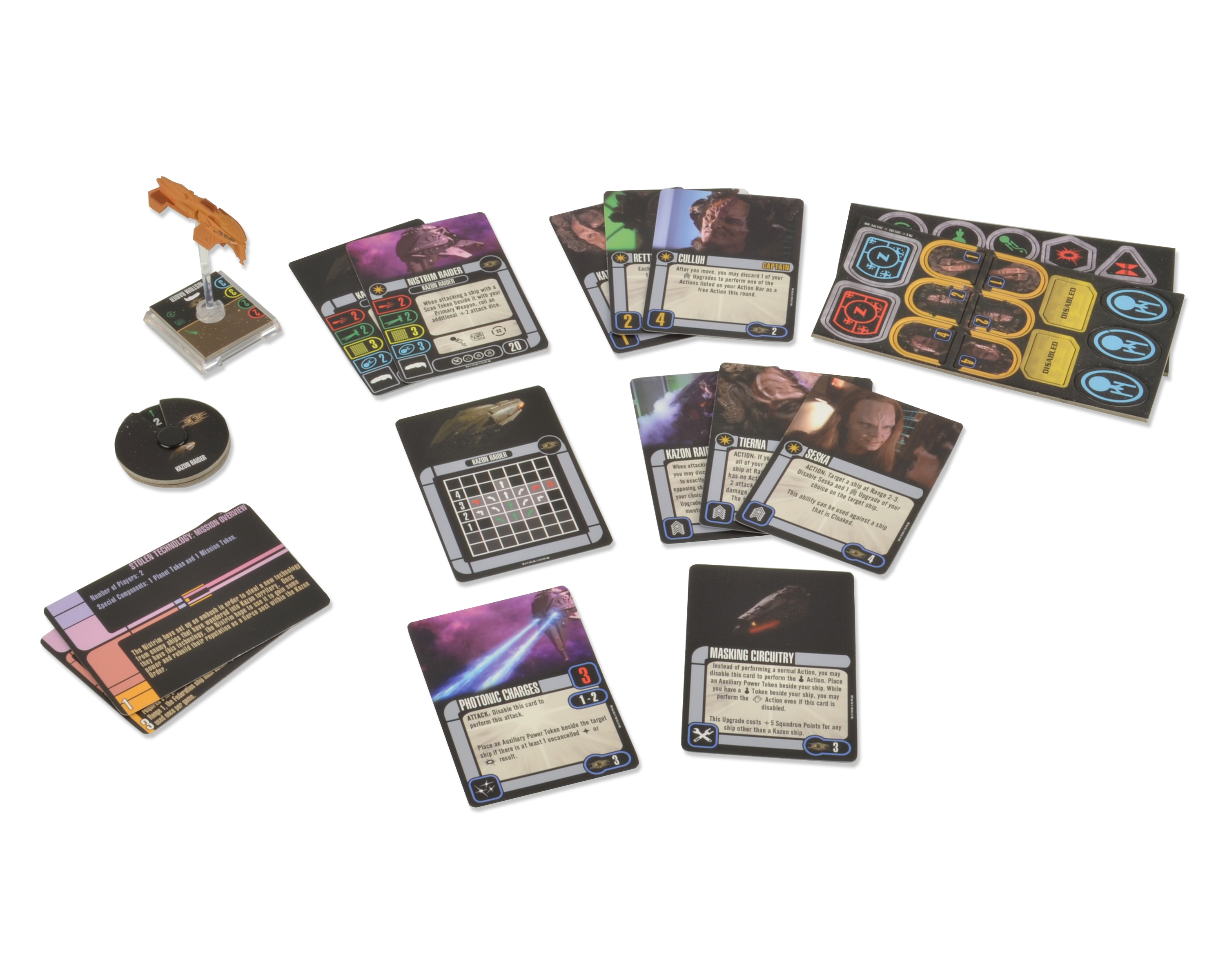 With the Star Trek: Attack Wing Dominion War organized play series coming to a close, we will begin to explore the Delta Quadrant and some of the factions which inhabit it.  It seems only fitting that we start this round of previews with one of the first species that were encountered in the Quadrant: the Kazon. The Nistrim Raider Expansion Pack is the first offering for the Kazon and has quite a few interesting, new additions to the game.  At 20 points, the Nistrim Raider has plenty of room for upgrades.  Coupling its 180 degree forward firing arc with its special power will keep any opponent on their toes.  Players also have their choice of captains: Culluh, who can sacrifice a Crew upgrade to perform another action from his ship’s action bar and Rettik, who allows a reroll of a blank die while defending. 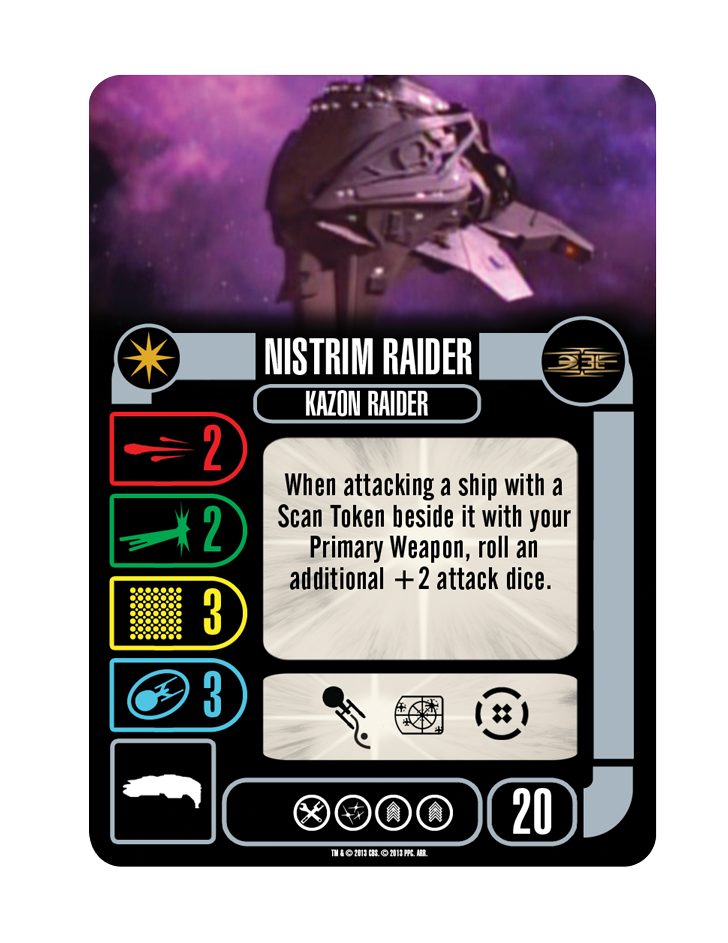 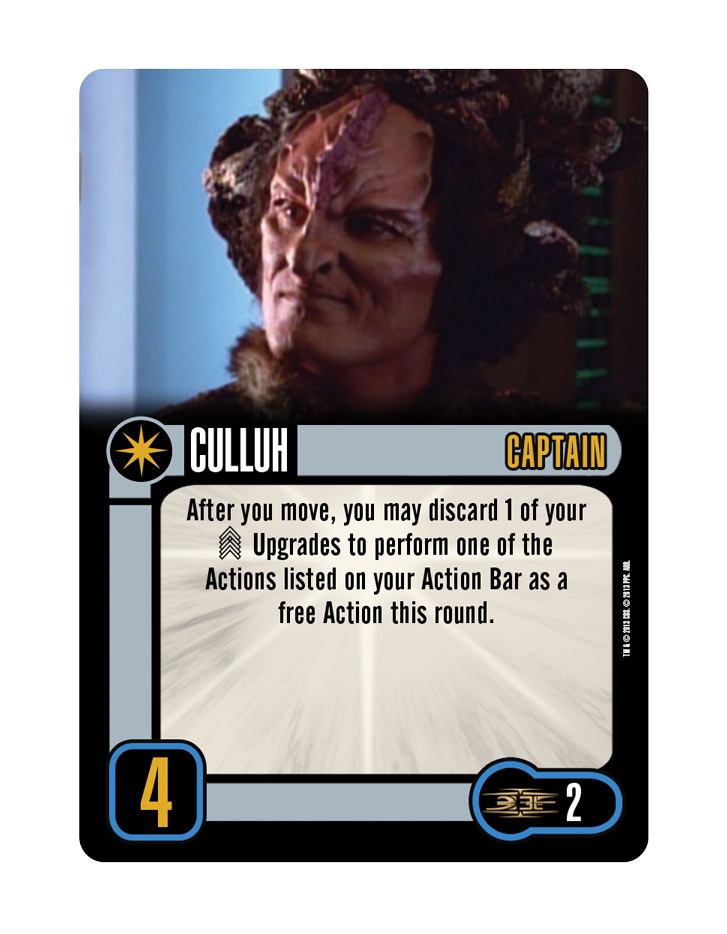 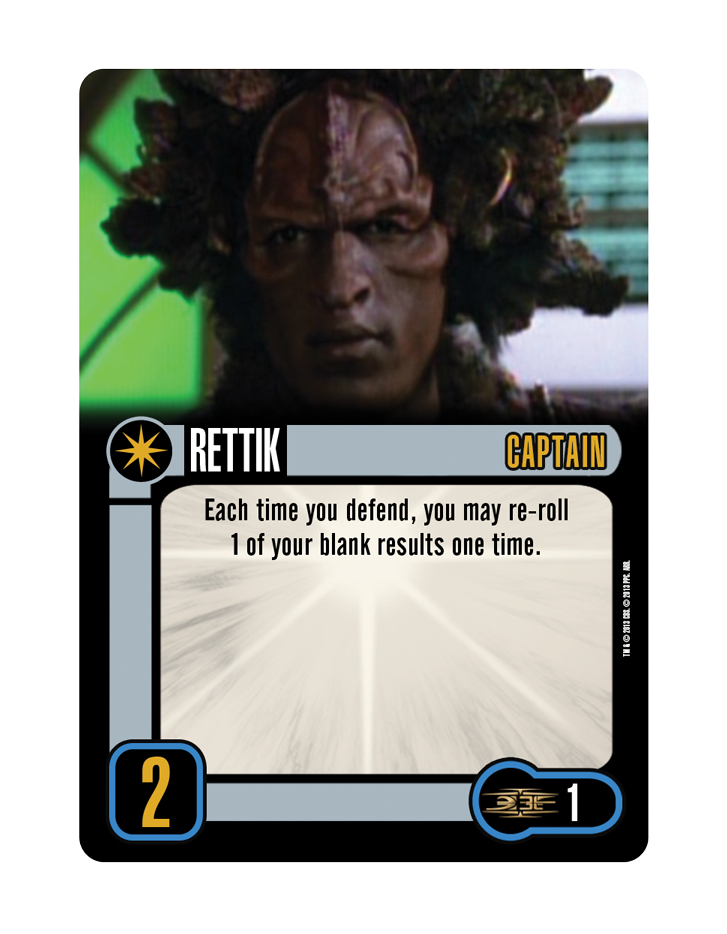 Crew options abound in the expansion as well.  The duplicitous Seska makes her first appearance in the game and will come in handy when you need to disable a pesky Crew Upgrade on an opponent’s ship.  Tierna will be extremely helpful when you need to take out a severely damaged ship while saving your attack for a bigger threat.  Kazon Raiding Party, on the other hand, can be used to force critical damage to the hull of an opponent and also allow you to steal a Tech Upgrade in the process. 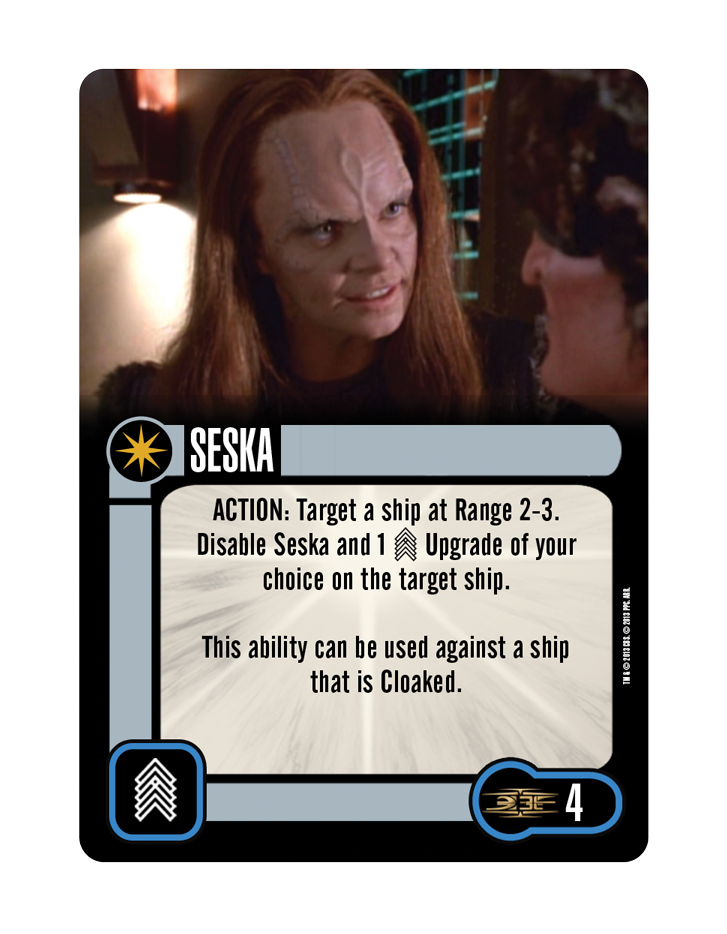 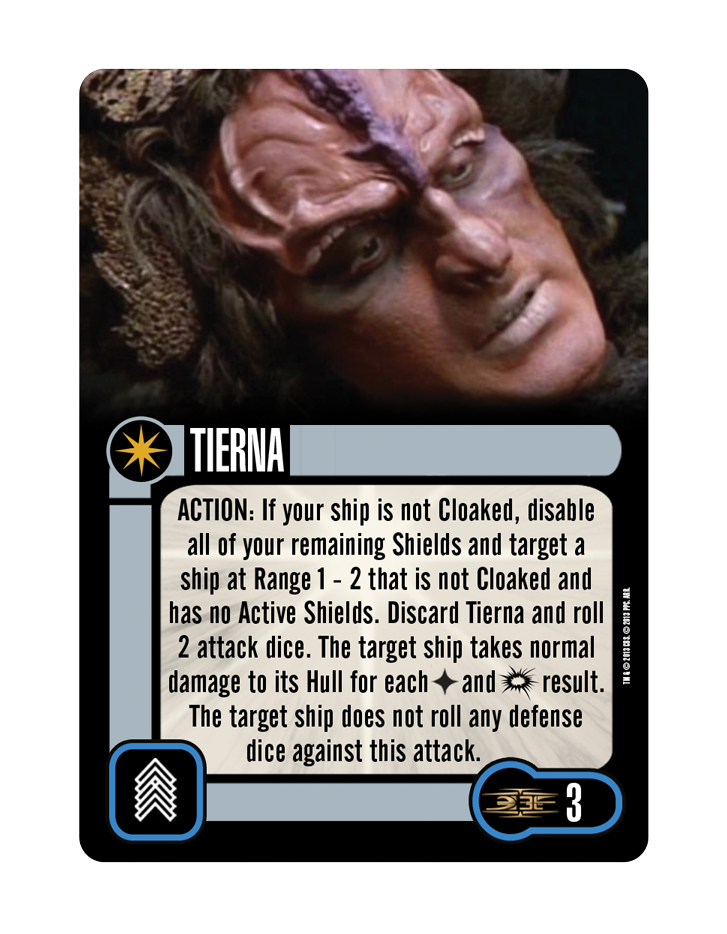 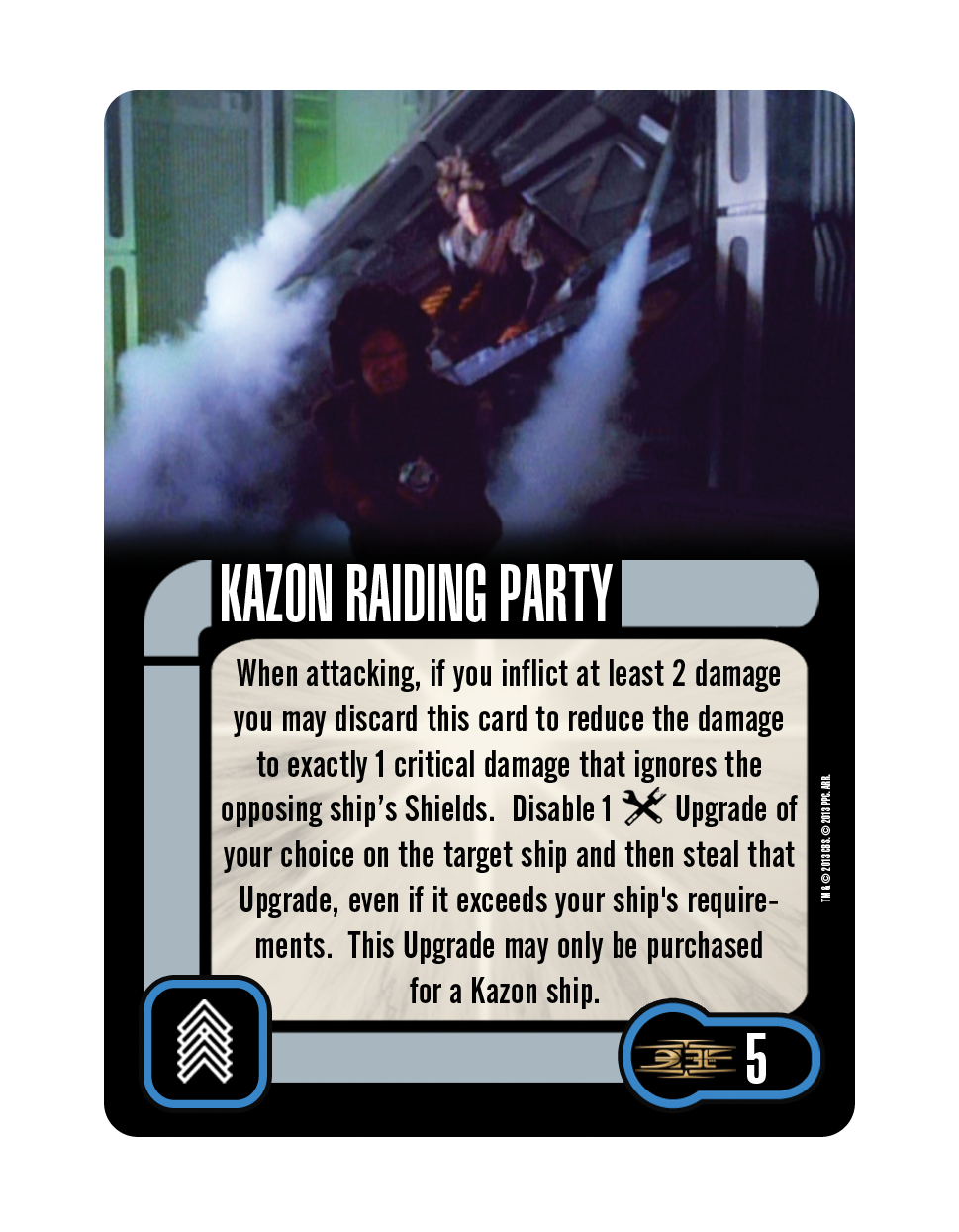 The final two upgrades really round out the ship perfectly.  Masking Circuitry provides the Nistrim Raider access to the Cloak and Sensor Echo actions but causes such a drain on the ship’s power that it has to place an Auxiliary Power Token next to it.  Photonic Charges will add some offensive power to the ship while possibly forcing the opponent to receive an Auxiliary Power Token as well. 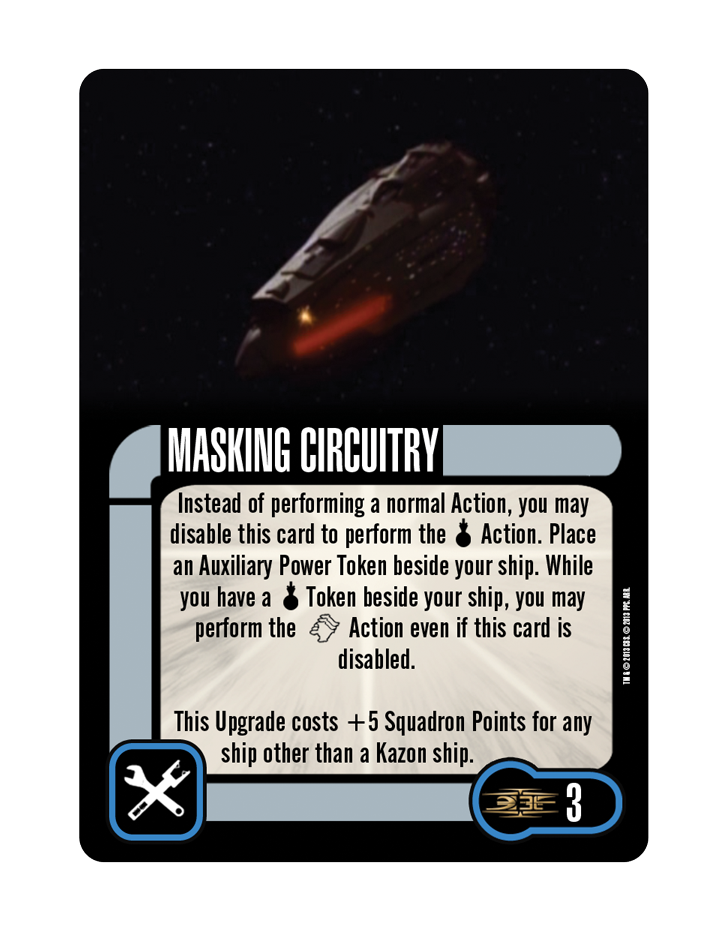 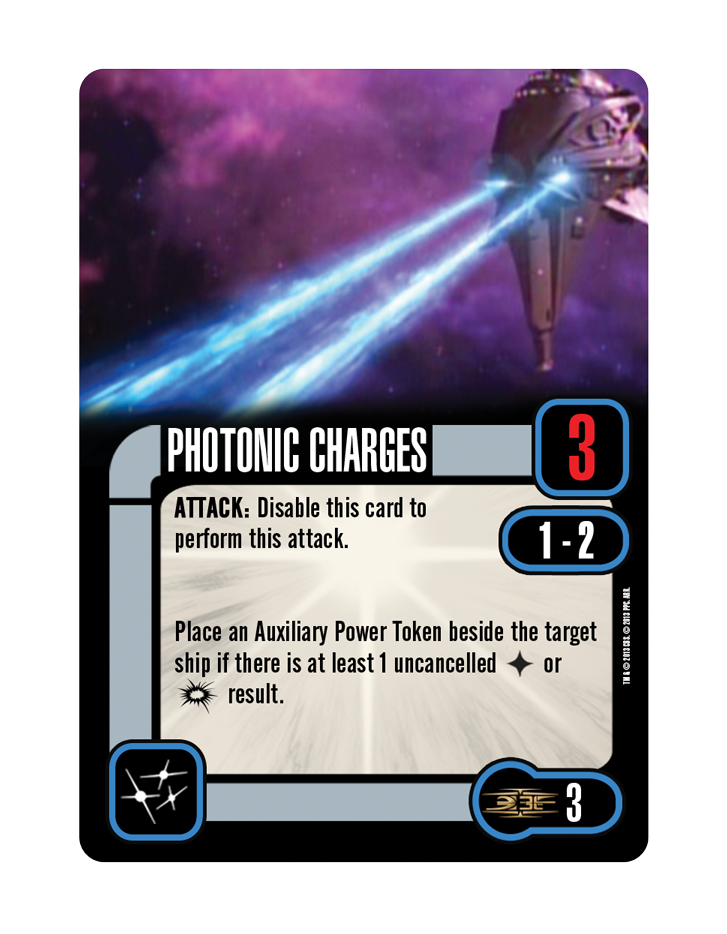 As you can see, the Nistrim Raider Expansion Pack gives us a great look into what the Delta Quadrant has to add to Star Trek: Attack Wing and, with the included Stolen Technology Mission, players will experience the game in a way as they never have before.