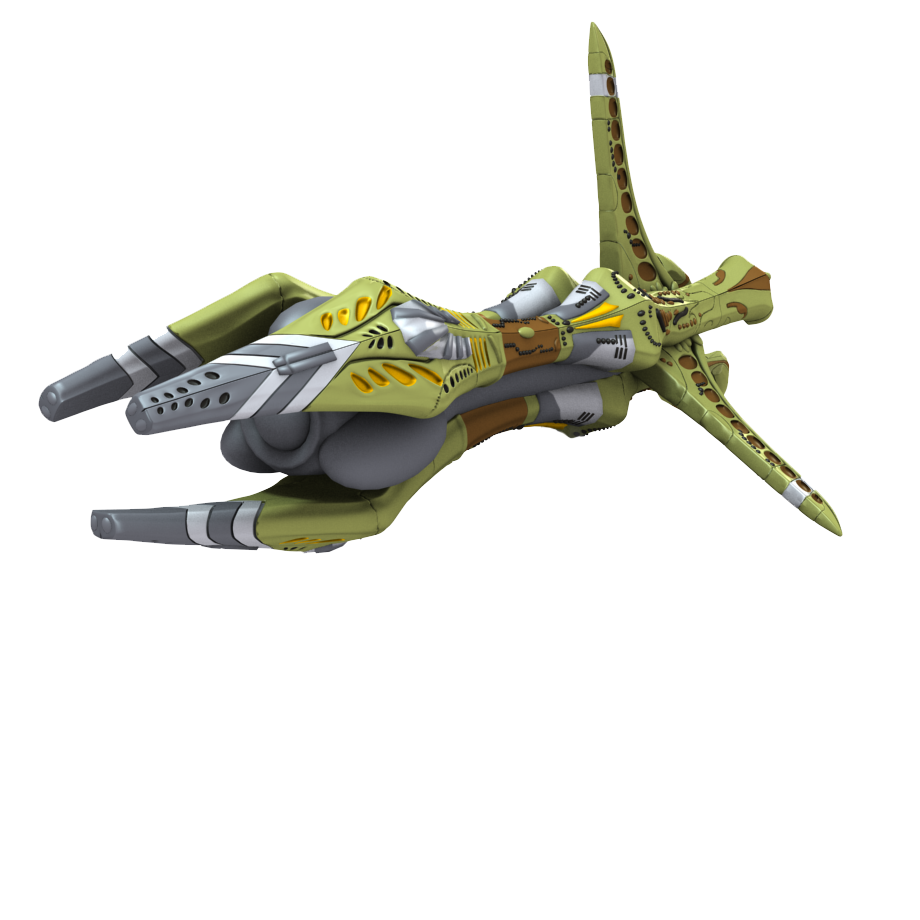 Welcome back to the continuing previews of the Wave 4 expansions for Star Trek: Attack Wing.  This time we take a closer look at the race from fluidic space: Species 8472 featured in the Bioship Alpha Expansion pack.  At 38 points, Bioship Alpha will be able to survive an opponent’s volley of fire and return fire with a huge 6 attack!  With that high of an attack, a player is sure to activate its special ability and add some insult to injury.  Add on the Bioship Alpha Pilot to “telepathically” read your opponent’s movement intentions and you begin to see why Species 8472 was feared even by the Borg. 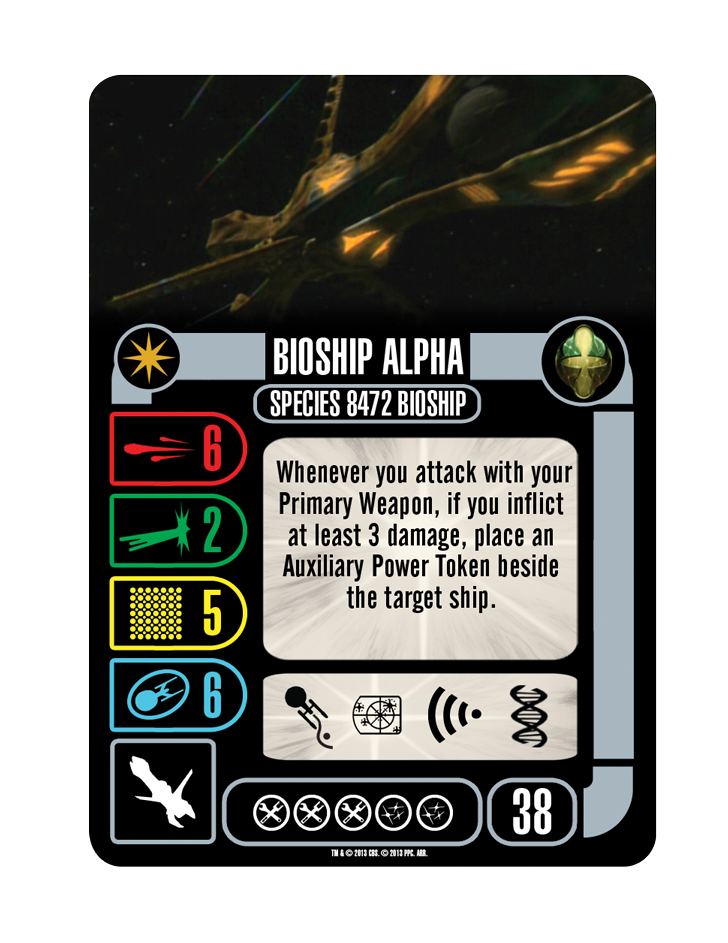 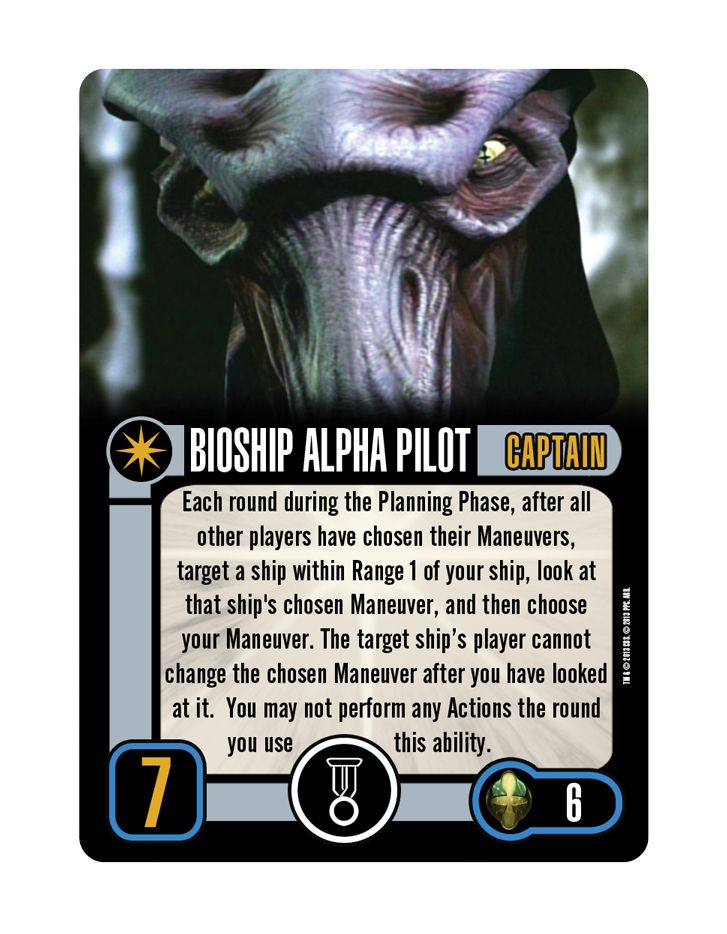 There are several Upgrades created around the “organic” nature of Species 8472 in the Bioship Alpha Expansion pack.  Its Energy Blast weapon upgrade will allow for a 7 die attack for some long range sniping.  You can also create devastating salvos by making the Bioship Alpha your Energy Focusing Ship to truly display the planet-shattering firepower of Species 8472.  Need the ability to reroll your attack?  Look no further than the Elite Talent upgrade: The Weak Will Perish. If getting in close to your enemy is more your play style, then Biological Attack is the weapon upgrade for you. 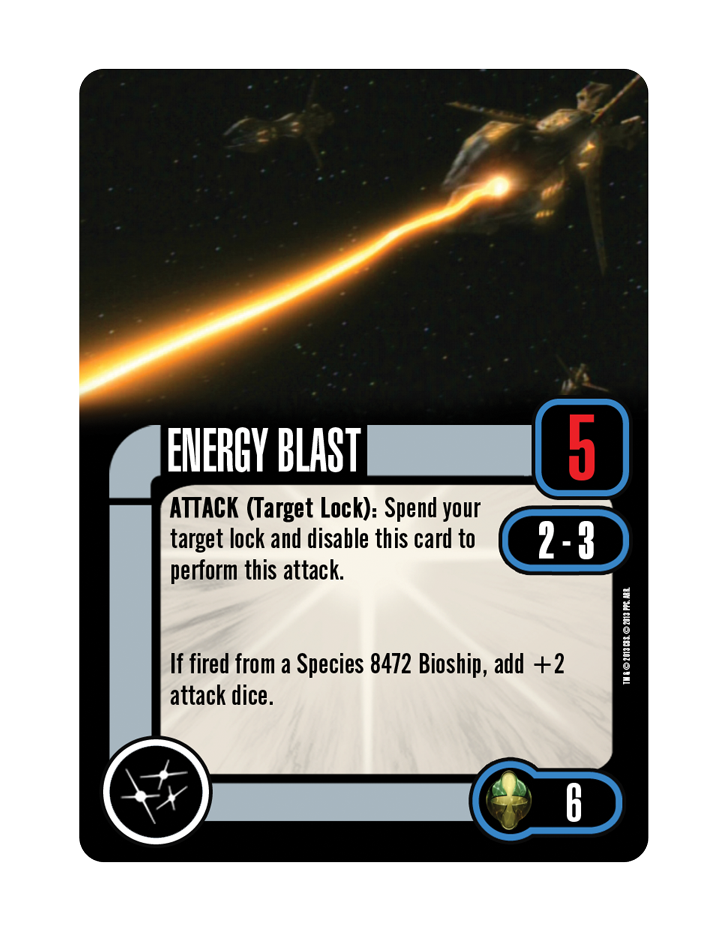 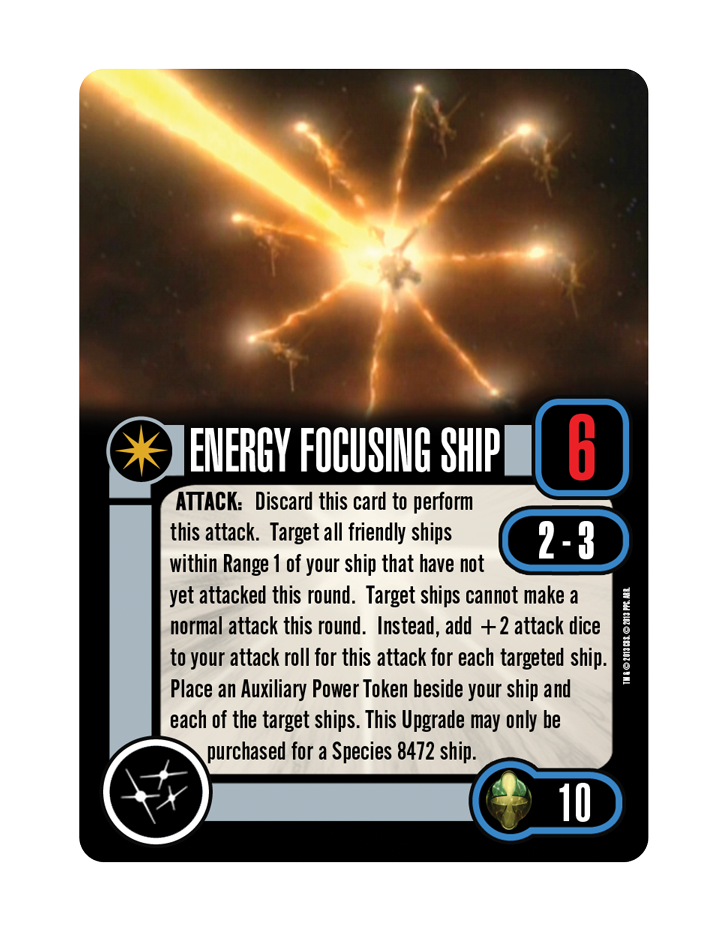 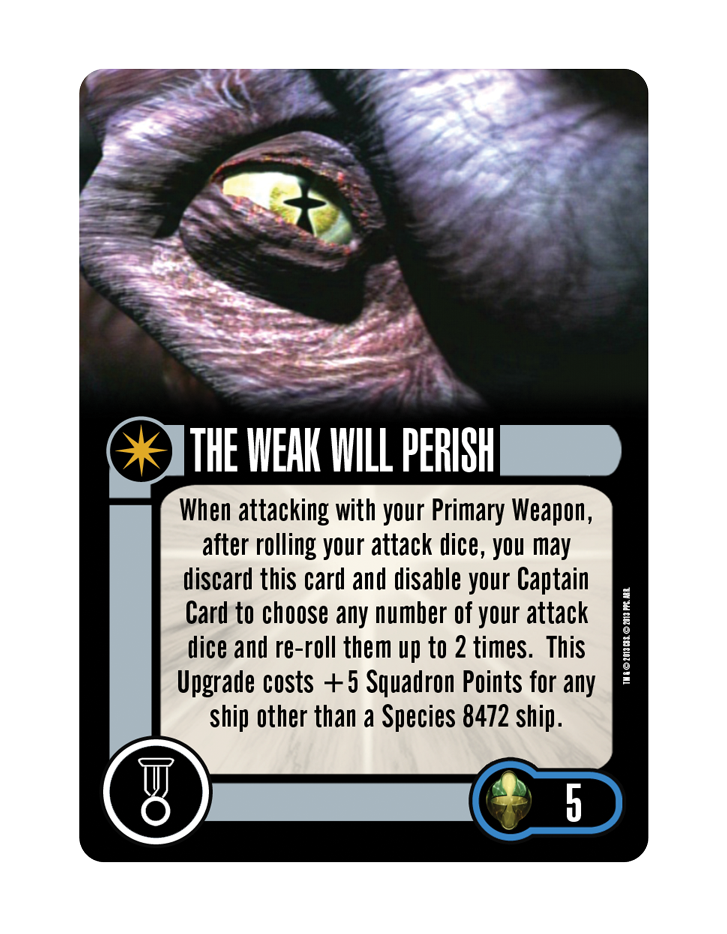 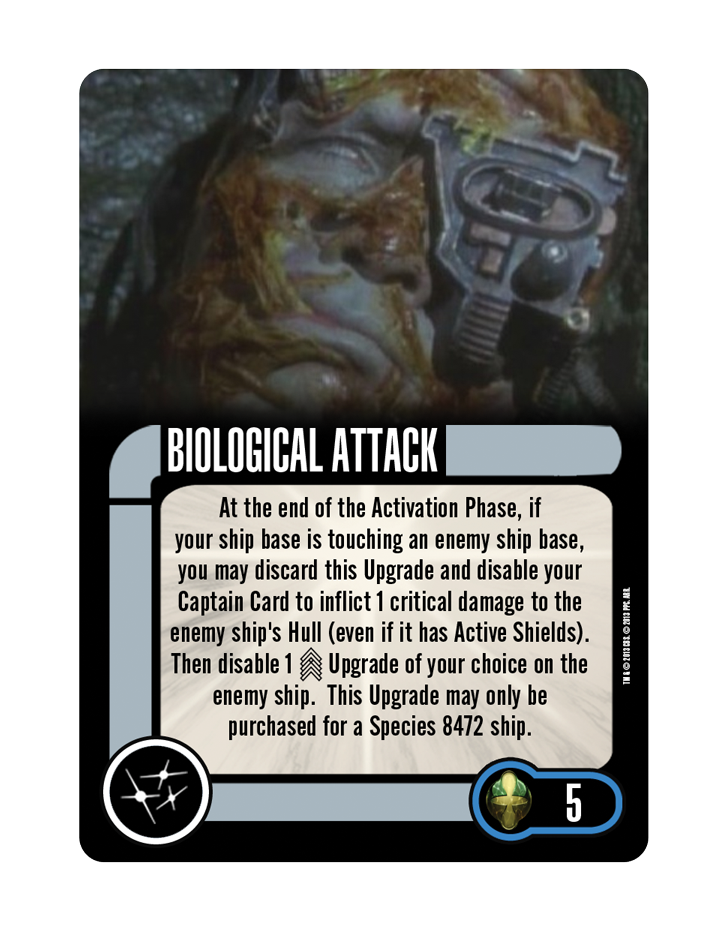 The Tech upgrades in the expansion will definitely change the face of the battle.  Extraordinary Immune Response will make destroying your ship extremely difficult once your shields are down and you have taken a few hits to your hull.  Bio-Electric Interference is going to cause havoc to your opponent’s action tokens and make their ships less effective for the round.  Finally, Quantum Singularity will allow a player to pop into and out of fluidic space, thus allowing a greater tactical control of the board. 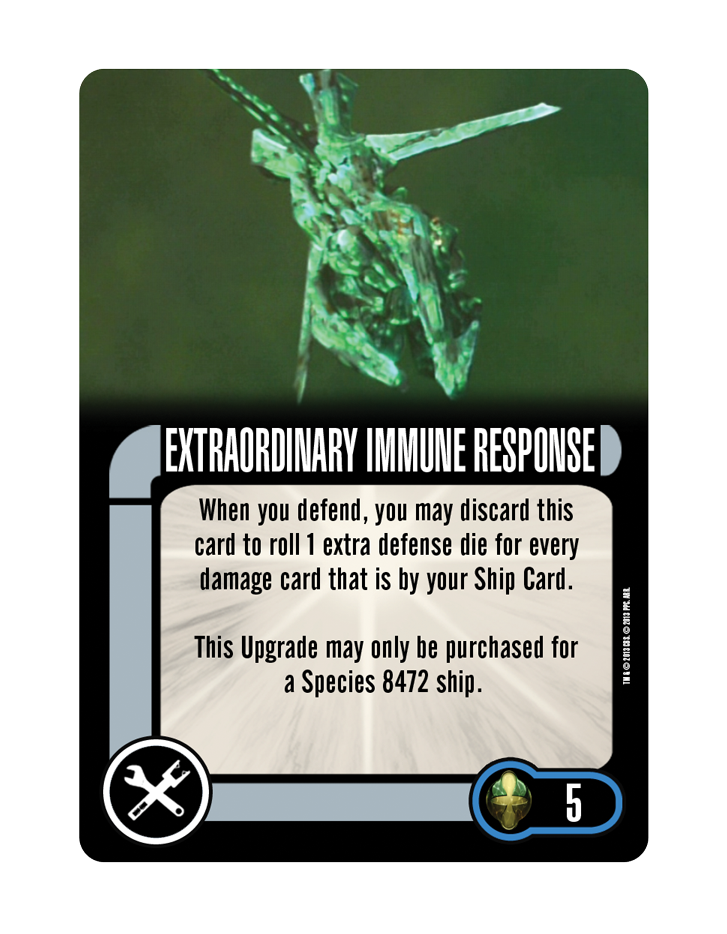 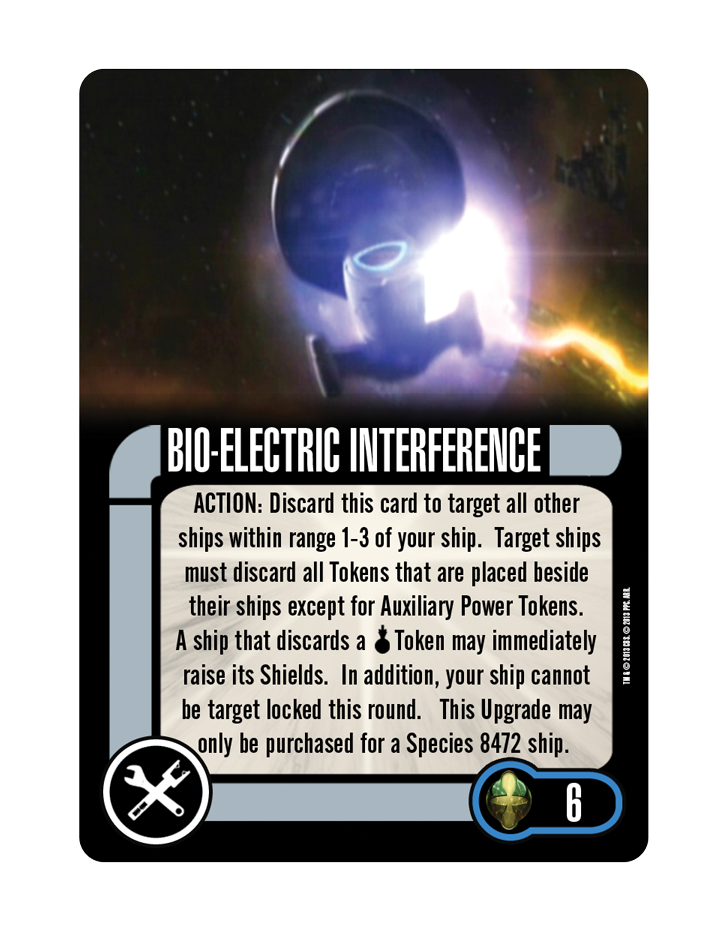 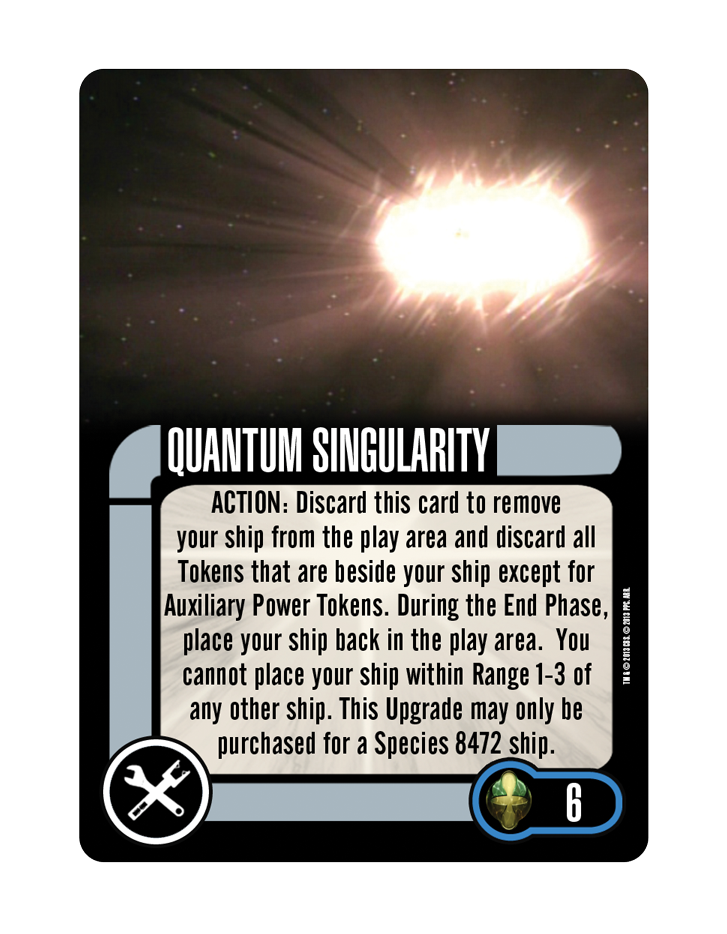 With everything you need to play the ship right out of the package, players will have a fun time building their fleet to complete the Scorpion mission in the Bioship Alpha Expansion pack.  Species 8472 is ready to prove their biological superiority over the Borg’s technological superiority.  Will they succeed?