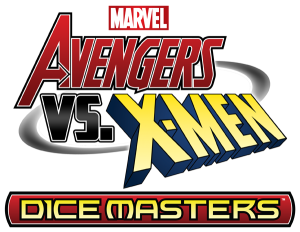 I want to talk to you about the shortages of product at launch. Before I get to that, I wanted to take the opportunity to thank you for all your support. Whether you are a retailer or a consumer, I realize you have many choices when it comes to games. So I appreciate you choosing the WizKids Dice Masters product.

Many of you don’t know this, but Dice Masters is near and dear to my heart.  When Mike Elliott approached me with a prototype at Gen Con 2010, a prototype that eventually became Quarriors, we spent a few minutes having a ‘what if’ moment, daring to dream of a collectible version of the prototype game in his hands.

Fast forward almost 4 years… It’s been a labor of love and we’re happy to finally share Dice Masters with you, our distributors, retailers, and consumers.   We hope you enjoy playing it as much as we have enjoyed working on it for the last 8 months. 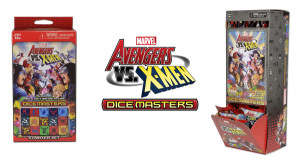 So why are we here?

Since the GAMA Trade Show (GTS), where we passed out hundreds copies of the games, the demand for the product has skyrocketed. What was once a comfortable inventory position has turned into a rather conspicuous shortage; specifically, a shortage of the MDM Starters. The Booster product is widely available at our distributors and we still have some inventory as well.

Fortunately, we already issued 2 reprints, the first of which we placed a few weeks before GTS, with the second placed a week after GTS, based on all the positive feedback we received after demos at GTS games night. These reprints were ordered to supplement our inventory position, so that we could carry through the summer and to the next release of MDM X-Men in September.

Unfortunately, we could have used each and every one of those reprint units today. Moreover, one of the big issues with making games that contain a lot of plastic parts is that the production times are lengthy and the product can never be ready soon enough, even for a company that makes millions of little plastic superheroes a month. Additionally, once all the product is manufactured, it has to make a journey from China to the distributor and then on to the retailer; a journey which takes almost 7 weeks barring weather or customs issues.

What does this mean to you the retailer and you the customer?

Well, there is whole bunch of product (1st reprint) that is being produced and loaded on to a ship as I write this email. That ship was going to set sail for the US in two weeks.

In an effort to get some more product here in a hurry, we are going to Air Freight the tail end of the 1st reprint that is slated to be finished the 1st week in May. Air freighting isn’t quite as fast as FedEx, but it should get the product here significantly faster than ocean bound vessels. Additionally, it allows the ship that is partially loaded to set sail this weekend instead of waiting for the entire reprint run to finish.

In reality, the 1st reprint, both the product coming over via air freight and the ocean bound product, will probably sellout while it’s in transit. We’re going to work with the distributors to keep things as fair as possible. There will be shortage situations we cannot avoid and I would like to apologize in advance.

The second reprint is sizable and ‘should’ get us ahead of the demand curve. I use the work ‘should’ cautiously as we’re not sure where the top is in terms of demand. To give you some perspective, 45 days ago, this release looked to be a third of the size of a HeroClix release (in raw units/unit volume). As of launch day, the unit volume (starters and boosters) looks to be almost three times the size of a HeroClix release. That’s great news for the game, but its tough considering we calibrated unit volumes to a HeroClix set, a number that seemed insurmountable when we set the print run in December 2013. 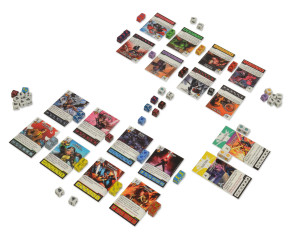 I’ve also been made aware of some rumors that are floating around industry forums and I wanted to address them with full transparency. I have included my email and mobile number for those you that may have additional questions.

Rumor #1: Mass Market accounts had no release dates for the product.
Answer: Of the mass accounts that took the product (Primarily Target and Hastings), they ALL were given release dates to the public and in some cases asked to not forward product to their retail outlets before that date. Any mass retailer that had online retail operations was told to not ship online orders until 4/23 to make sure that no product arrived in a consumer’s hands before the release date. To be sure, we treat release date violations the same across channels. There is an escalating set of actions we take in response to these violations, ultimately leading to account suspension.   We’re not shy about using all available options to prevent intentional release date violations.

Rumor #2: The mass market accounts were given their full orders, while hobby stores were allocated.
Answer: Nothing can be further from the truth. We allocated the mass accounts first and disproportionally harder than any hobby distributor.  By example, Target and Hastings were allocated down 1 to 2 starters per store.  In some cases, that allocation wasn’t feasible for a chain wide roll out, so they (Target in this case) consolidated inventory to their best stores only.   So some stores may have a larger supply while other stores will have no inventory whatsoever.

Rumor #3: The reprint is destined for mass accounts and hobby stores will be left without product.
Answer: Of the tens of thousands of units in reprint, not one of the units has been slated for a mass account. In fact, the entire 1st reprint (both the air and ocean freighted games) are destined for hobby game retailers around the world.

The next reprint slated for June/July will likely follow in similar fashion with all (or the vast majority of) the product being slotted for hobby stores.

In addition to the steps above, we are going to delay the release of Avengers vs. X-Men Storyline OP kits for Dice Masters Month One to coincide with next wave of product’s arrival. (Formal announcement of this delay is coming) While that may not cover all possible customers, we also do want to get players in store to begin playing the game in a community setting. We may re-release the first OP or otherwise make the content available at a later date, in case a large portion of customers missed out.

I realize that being allocated as deeply as you have been is cause for concern. However, that is no reason to represent suppositions as facts. We will be vigilant about correcting false information when necessary. If you have any questions, please contact me at justinz@necaonline.com, or call me on my mobile at 425-246-2809.

In closing, I am glad we’re talking about problems caused by overwhelming success. While the issues are real and frustrating, they are signs of a great success and I am glad we are talking about shortages rather than surpluses of product on your shelves.