Media Alert – Pre-Register Now for the Chance to Win a Massive Door Prize!

Pre-Register Now for the Chance to Win a Massive Door Prize!
Whoa! Prize pack includes ALL HeroClix convention exclusives being sold at the event and MORE! 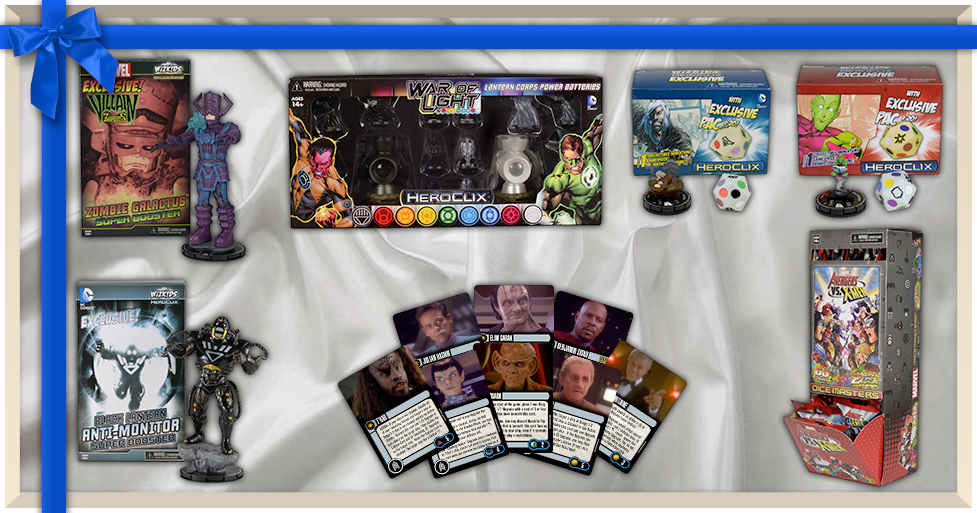 Don’t miss out! Be sure to pre-register by the dates below to secure your chance at winning these fantastic prizes!

This year’s WizKids Open event includes stores across the country. Each location will be offering for-sale exclusive items and awarding special participation prizes to players as well as providing the opportunity to compete with the best players in their area. Featuring some of the hottest games of the year, including Marvel Dice Masters: Avengers vs. X-Men, HeroClix, and Star Trek: Attack Wing, players will compete in head-to-head battles to earn glory, exclusive prizes, and their rightful place in the 2015 National Championships.
Seats are filling up fast so visit http://wizkidseventsystem.com/wko to find the event nearest you and secure your place in the 2014 WizKids Open!

About WizKids
WizKids/NECA, LLC, a wholly-owned subsidiary of NECA, is a New Jersey-based game developer and publisher dedicated to creating games driven by imagination. WizKids first pioneered the Combat Dial system featured in HeroClix, the leading collectible miniatures game on the market, with over 500 million miniature game figures sold worldwide. WizKids continues to produce new proprietary game platforms and properties including the award-winning fantasy board game Mage Knight, the groundbreaking Dice Building Game engine used in the critically-acclaimed game Quarriors and the launched in the first part of 2014 Dice Masters, as well as its widely hailed execution of Star Trek: Attack Wing. For additional information, visit www.wizkidsgames.com.