Using the WizKids Event System, I was excited to find a nearby D&D Attack Wing event just an hour away in Louisville at The Destination. Eager to try the challenge of an unfamiliar venue and players, I assembled a team of four to represent our store and hit the road in search of another White Dragon!

This being their first D&D Attack Wing Organized Play event, the store’s Tournament Organizer (TO) Mike Bailey would later tell me that they weren’t sure what kind of turnout they would get, but were delighted to kick things off with eight players. Like any good TO, Mike was highly energetic and motivated for two goals. First, to run the event smoothly, and second (and just as important), to make sure everyone had a great time. And if the gaming area was a touch cramped, well hey — all the better to get to know each other!

Indeed, by the end of the tournament we were all chatting like old mates — or, at least, old mates who wanted to command legions of dragons and archers, siege engines and undead to crush one another and seize the glory on the day. Towards that end I’d brought my 120-point “3BG” build, my current competitive favorite. 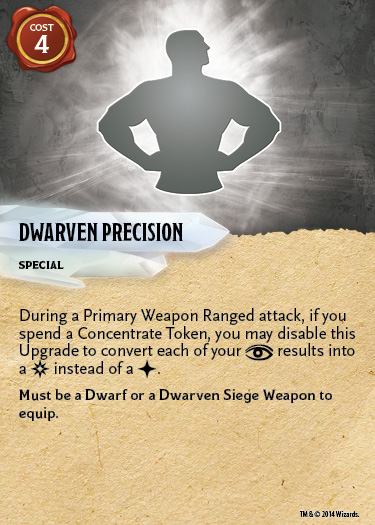 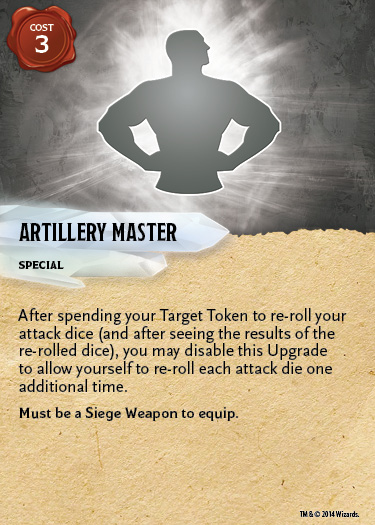 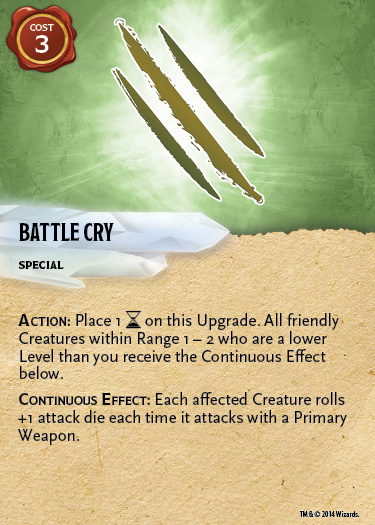 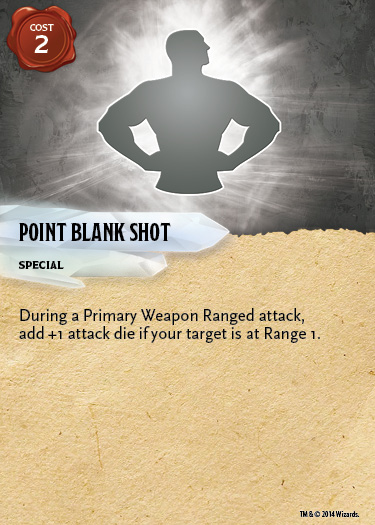 Here’s how the day went.

I find myself up against an opponent running a dragon-heavy build, with both Balagos and Eshaedra greeting me from across the table. To my surprise, though, both are rather lightly upgraded, each with their respective breath but no chasers (Searing Flames, System Shock). Furthermore, Balagos is configured for melee combat, packing in both Haste as well as Close Quarters. That bodes well, I think. He’ll be looking to get close, which means I’ll be able to lock in on him fairly quickly.

For her part, Eshaedra carries only a Magic Missile to go with the breath, but all these open points find their purpose in a generic dwarven ballista. With any luck, I hope to see my opponent charge in with the dragons at a speed his turret can’t match, and I’ll be able to pick them apart in waves.

The opponent obliges me by setting up both dragons at opposite sides of the board, with the ballista closer to the middle. I place mine in the usual formation — a dwarven ballista, Calamity, the frost giant fighter, and the remaining ballista — and we’re off to the races.

Our opening turns are a muted affair. Balagos, hanging off my left flank, comes off the starter blocks with a 2, but his Eshaedra closes in on my right flank a little more enthusiastically. She manages to zip down and light up my rightmost ballista with her lightning breath, unable to get a better angle to pick up two of them since we both have hugged the rightmost margin a bit more tightly than usual. This is due to the scenario. Ordinarily I tend to start in the center, but with the Price of Knowledge objectives I tend to offset to the right a bit. This ensures that I’m either able to avoid Vision tokens or pick them up early enough that I can shake them before combat is joined.

Meanwhile, Balagos is bearing hard for my units on the left, coming nose-to-nock with my leftmost dwarven ballista. In a move he’ll identify later as a misplay, he opts for Close Quarters over Fire Breath. Although he’s able to finish it off, that leaves Calamity at full health. My other dwarven ballista follows suit next turn as the passing Eshaedra uses Magic Missile to deliver a coup de grace to her victim. I’m now down to just Calamity and the frost giant fighter, and the latter is starting to take fire from my opponent’s ballista after arcing leftward to keep my left flank within Battle Cry range.

Fortunately, a withering counterfire aided by Battle Cry puts Balagos to the sword, but that still leaves Eshaedra gliding behind my forward line, forcing me to pivot to draw a quick bead on her. She goes down, but so does my frost giant. In the end, it’s just my Calamity racing towards his dwarven ballista. We exchange salvos, and both end up perishing. Nevertheless, by the rules of the scenario I’m declared the victor, on account of Calamity being higher level (7) than the ballista (3) when both die at the same end phase. By the skin of my teeth!

Next, I’m paired up against my daughter, Samantha. She’s been doing quite well against my 3BG build in our home play lately, so I’m not entirely optimistic about my chances. She’s running a Megabreath Balagos build (Balagos + 3 breath weapons) alongside Nymmestra. The wizard’s packing the customary artillery package of Ice Storm, Fireball, and Disintegrate, along with Fly for the better maneuver dial. Leadership isn’t something I’ve seen a lot of folks playing, but Samantha’s recently discovered how strong it can be and is running it as well.

Sam can’t quite mask an expression of surprise as I abandon the Battle Cry buff tactic and instead split my forces in half. A ballista with the frost giant begins on the left, while Calamity and my other ballista kick things off on the right. Any hopes she’d had of drowning my forces in dragonfire en masse just evaporated, so she groups both her forces on my right flank.

Balagos comes screeching down looking for early advantage, while Nymmestra takes a turn of walking before hopping aboard the flight dial. I misplay on my left when I push my ballista forward 2 to open up, giving it an Exhaustion token that’s joined by another a turn later when I pass the Floorstone scenario token. The giant launches forward 3 before cutting in, so I catch Balagos in a bit of crossfire. With my two ballistae on the right opening up, Balagos goes down in a rain of red dice, and just like that Sam’s lost 72 Legion Points’ worth of power. She plays it out, but at that point her back’s broken and the end is a foregone conclusion. I notch a clean sweep and move on to the next.

I don’t usually allow myself to get overconfident, but I’m thrilled to see my opponent line up for my final match of the day with an un-upgraded dwarven ballista and Galadaeros. His Nymmestra packs a punch, as she typically does, but with only one of the three units likely to pose a problem, I’m already looking forward to the win.

My opponent splits his forces, with Galadaeros on my right and the other two on the left. I set up in my standard configuration, and we’re off!

As I often must when my opponent breaks their forces in half, I opt to commit a ballista, Calamity, and the frost giant towards the left, leaving my remaining ballista to tie up my opponent’s other units on my right. With my entire line swinging left, the slow-moving outside ballista just can’t keep up that wide turn, and it’s often just better to keep it moving forward even if it means it can fall outside of Battle Cry range.

It doesn’t take long, though, before I get the sense that my opponent is very versed with his Galadaeros. One of the weaknesses I’ve experienced with 3BG is when Lord Maximilian starts getting in amongst my units. Mine don’t maneuver well, while Lord Max can be very nimble. I score an early shot at range onto Galadaeros, but when the next turn rolls around I realize what I’m in for.

Galadaeros runs up close to my ballistae with a 4 movement, plus an agility boost thanks to his special ability. I’ve got him dead in the sights of my two leftmost ballistae, each with a Target icon ready to open up a rain of damage. My delight turns to horror when he pops Invisibility, as not only will he be rolling loads of green dice on the defense, I won’t even be able to use my Target tokens to swing the dice in my favor. It’s an extremely canny move from my opponent, and at that point I realize I’ve been outmaneuvered. Ah, cruel hubris!

My opponent isn’t resting, though. Galadaeros pops Ice Storm, placing it behind my ballistae. Denied the Target tokens, I’m still throwing eleven attack dice at him — but he’s rolling twelve in return! Nevertheless, I manage to land a hit and a critical on him (the latter reducing his Agility by 1). A good effort, but just short. The Ice Storm goes off, whiffing on Calamity but slamming the generic ballista for a pair of criticals all its own.

My position is further worsened next turn as I completely misgauge where Galadaeros is going. I expect a long swoop to my right, crossing behind my lines, and pivot Calamity to track that. I execute a hard 1 turn on the other ballista further left to get it out of harm’s way with the next pulse of the Ice Storm, and swing the giant around to the left to come to rest next to Galadaeros. My opponent, however, cunningly glides into my blind spot, meaning the only attack I’ll be getting is with my remaining ballista on the right-hand side. After it gets melted by Disintegrate, it lines up Nymmestra for a shot but only scores one hit. My other generic ballista on the left gets finished off by Acid Breath. The End Phase arrives, and I’m now two units down. However, in a bit of splendid luck my opponent’s Ice Storm manages to deal the final, fatal point of damage to his own Galadaeros, and I exhale a sigh of relief.

That leaves me with the frost giant fighter and Calamity over to the left of the battleground, with my opponent’s Nymmestra and ballista on the right. As we position our movement dials, the timer goes off and the Tournament Organizer indicates this will be our final round. It’s all down to this!

I execute a turnabout on my frost giant, simultaneously moving it away from Nymmestra while giving it the potential for a shot at her if she glides in close enough. Calamity executes a hard 1 turn, taking a Target action. Luck smiles upon me again, though, as Nymmestra comes to a rest within Calamity’s firing arc, moving only 2. There’s no way I can eliminate my opponent’s entire legion, but I’ve got a shot at victory.

There’s a tense moment when my opponent scores a critical hit off of a Fireball on Calamity, and as I turn over the damage card I’m terrified it will be a Stunned result, losing me the game by preventing my attack. But it’s not: Calamity is free to fire, and burns down Nymmestra in return. With the wizard gone, that’s a large chunk of Scenario Points I’ve just picked up, and it pulls me through for the win in the match and on the day! 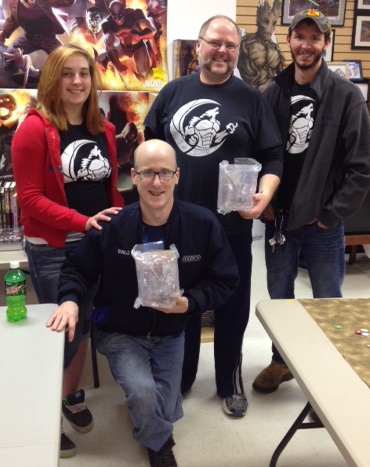