X-Men: Mutant Revolution allows you to play as classic X-Men characters — including Wolverine, Cyclops, Magneto, and Storm — as they lead their school against its rivals. In the game, 3-4 players will recruit heroes and students, training each team and sending them on missions to spread your vision for mutants to the world. 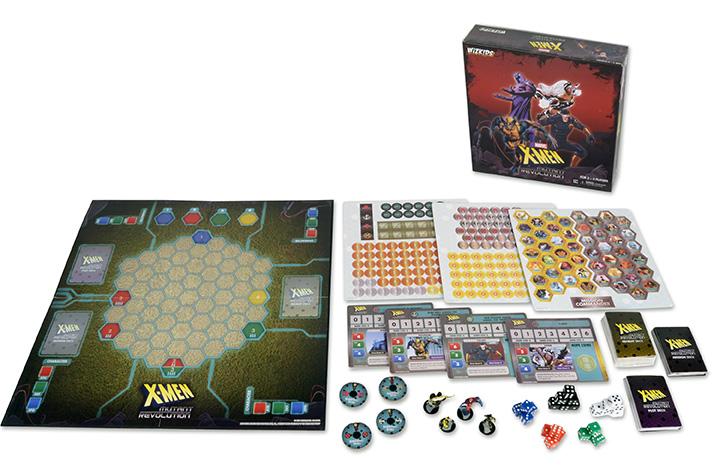 In the aftermath of the Phoenix event, new mutants are appearing all over the Earth. Wolverine, Cyclops, Magneto, and Storm each have a vision for the future, but will they unite humans with mutants, or will they tear the world apart?