Hillside, NJ — July 29, 2015 – WizKids is pleased to announce the release of Mage Knight: Shades of Tezla, the third expansion for the popular board game that includes all-new enemies, mechanics, adventures… and even a new playable character! Braevalar the Druid joins Mage Knight’s cast of playable characters, and he’s ready to leave the woods and fight against the destruction wrought by two warring Avatars. Head to your FLGS and grab Mage Knight: Shades of Tezla for a suggested retail price of $29.99 USD. 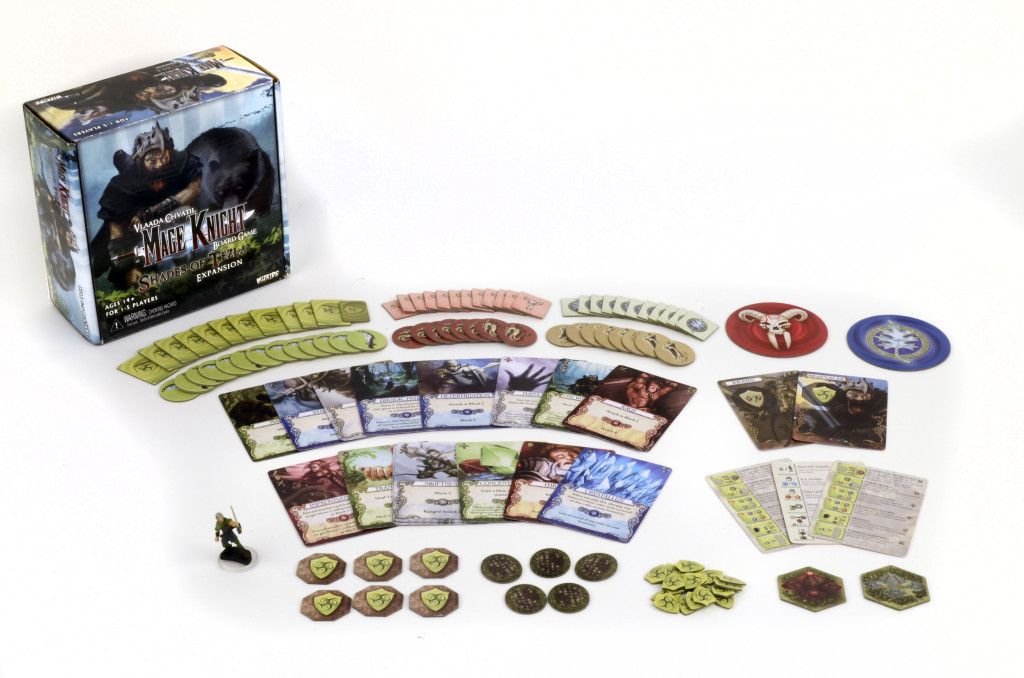