Hillside, NJ — September 9, 2015 – WizKids is pleased to announce the North American retail availability of their latest D&D pre-painted figures line – D&D Icons of the Realms: Rage of Demons. The Rage of Demons series includes well-known and beloved creatures such as the Beholder, Djinn, Nightmare, Rust Monster, Roper and more! Fantastic adventures await in the Underdark, and you’ll be front-and-center for them with this fantastic series of figures.

In the Rage of Demons storyline, Demon Lords are invading the Underdark, a deadly, subterranean realm inhabited by the most dangerous monsters of D&D lore. The demon lords have been summoned from the Abyss and have been wreaking havoc across the Underdark, causing madness and destruction on the drow, duergar and deep gnomes who already struggle to survive. Will you help thwart the rise of the demon lords before their madness bubbles to the surface of Faerun? 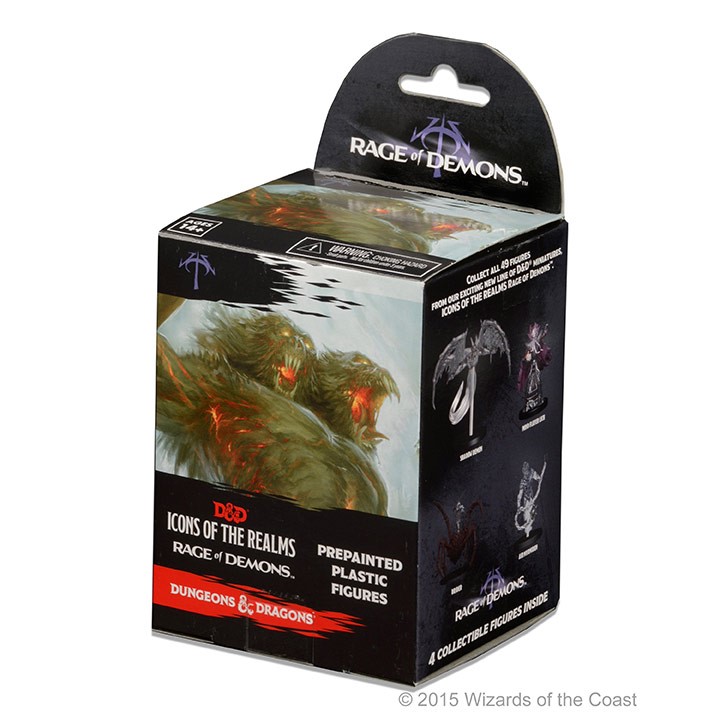