The Chaos King invades all of reality in this exciting new offering from Marvel HeroClix! Fight back as you take on the role of Avengers both past and present, or join the conquest by playing one of the many classic Avengers’ enemies found in Chaos War!

Marvel HeroClix: Chaos War brings fan-favorite heroes and villains to your tabletop as you collect friends and foes from throughout Avengers’ history! Chaos War includes sub-themes like the classic Avengers, the Masters of Evil, the Dark Avengers, the Secret Avengers, and more!

Be sure to add Chaos War to your HeroClix collection today!

Marvel HeroClix: Chaos War delivers all of the mighty comic-powered excitement you would expect, and sub-themes include the classic Avengers, Masters of Evil, Dark Avengers, and the Secret Avengers!

The Marvel HeroClix: Chaos War standard booster product includes five HeroClix figures to add to your collection. Begin the battle today to save the universe from the Chaos King! 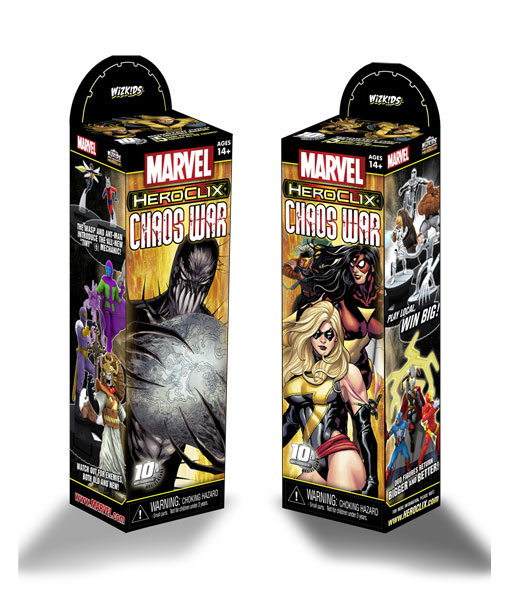 More Marvel HeroClix: Chaos War action will be available in a six-figure Fast Forces pack! Featuring sculpts also found in the Chaos War standard release these figures will include all new dial designs unique to this product as well as include 2 new maps. 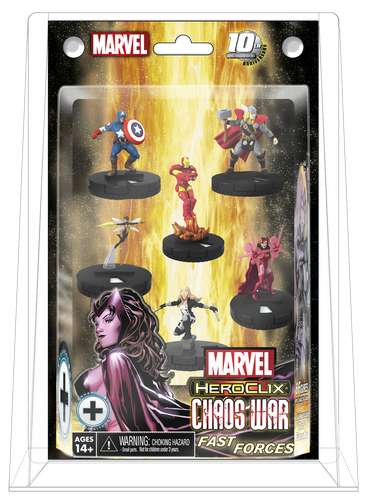 10 all-new HeroClix figures join the Chaos War set in this exciting single figure booster release! Featuring sculpts also found in the Chaos War standard release these 10 figures will include all new dial designs that can only be found in this product. 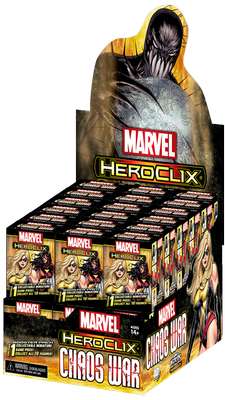 The Vision returns to battle evil with all his android might in this homage to the classic “Vision Quest” storyline! Marquee figures can be used as retail incentives, additional prize support or even promotional items! With its own SKU order as many you like to meet the growing demands of your HeroClix sales. Marquee figures are a great way to feed interest in the latest HeroClix product! 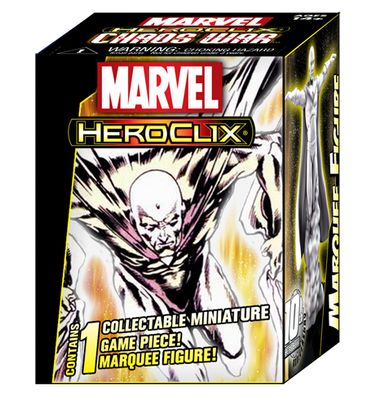 Download the 2011 Heroclix Rulebook by visiting the link below: 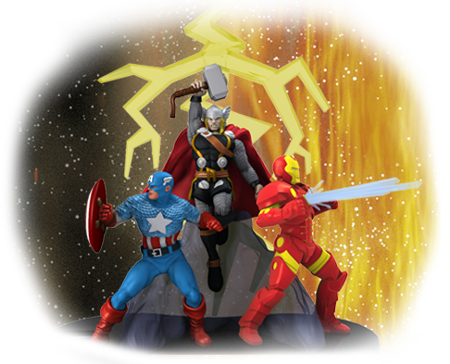