In the storyline Organized Play program, stores carrying Star Trek: Attack Wing will host tournaments for players to challenge each other for dominance of the Alpha Quadrant. Players will collect a participation prize each month as well as compete for a new playable ship that will only be offered via the Organized Play events. The player with the best record over the six-month event will be bestowed the title of Fleet Admiral and awarded a special grand prize at the end of the program. 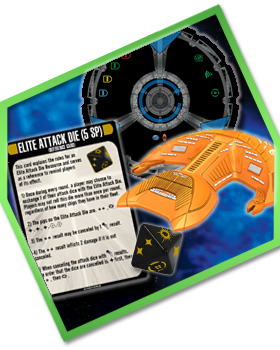 Each of The Dominion War Month One kit includes: 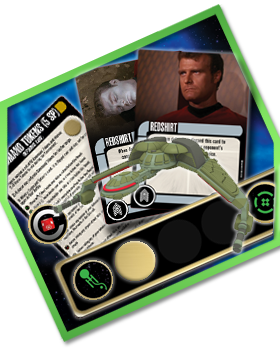 The Battle of Chin’toka

A major victory is needed for the morale of the Federation Alliance. With reports that the bulk of the Dominion Fleet is battling on the Romulan™ borders, it is now time to take the fight to the Dominion and attack them in their own space. The target: the Dominion shipyards and cloning facilities in the Chin’toka system on the borders of Cardassian™ space. Upon arrival to the system, the Federation Alliance forces realize that the system is not as unguarded as was originally reported. With the limited amount of ships in the system, the Cardassians have developed Orbital Weapon Platforms to defend their space. These platforms are formidable with tremendous firepower and regenerative force fields. Will you be able to defeat your enemy in the face of these unforeseen weapons? 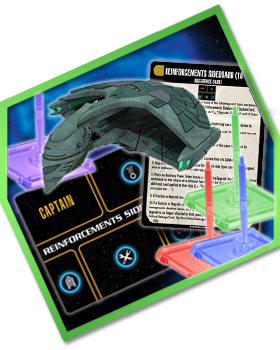 AR-558, a planet in the Chin’toka system that is not habitable for long without a steady supply chain, has been held by Federation troops for months following the Federation Alliance’s invasion into Cardassian™ space. The importance of this location is the Dominion communications array, currently being held by those Federation Troops. Because of this, AR-558 has become the site of constant assaults by Dominion Troops, attempting to regain control of their communications array.The Dominion troops have deployed subspace anti-personnel mines, or “Houdinis”, and this, along with the lack of Federation support, has reduced the Federation’s Forces significantly. It is a desperate time for the stranded Federation troops, but they must hold AR-558. A single Federation ship has gotten through with supplies and fresh troops, and the Federation troops have been able to disarm the mines and use them against the relentless Dominion troops. Who will take control of AR-558? Will it be you? 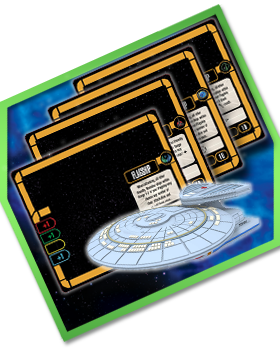 The Attack on Earth

The Dominion is preparing to launch a surprise attack on Earth. If successful, this would be a tremendous blow to the Federation Alliance and a great victory for the Dominion. 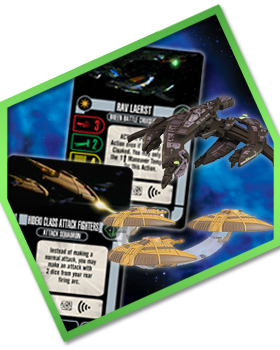 The Battle of Cardassia

The tides of the war have turned and the weakened Dominion forces have retreated to Cardassian space to regroup. The Federation Alliance has decided to pursue them and invade Cardassia Prime to finish them off or force the Dominion into a complete surrender.

A group of Cardassians known as the “Cardassian Liberation Front” have cut off any help the Dominion Forces were receiving from the planet’s surface. The Orbital Weapon Platforms that surround Cardassia Prime will now fire indiscriminately at any target within range.

This will be the final battle to determine who will dominate the Alpha Quadrant. Will it be you? 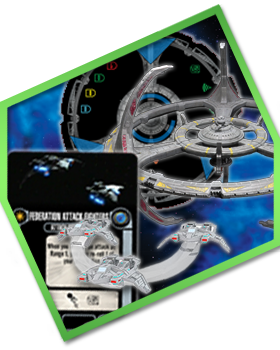 The Last Battle of Deep Space 9

The devastating loss at Cardassia Prime has forced the Dominion to surrender or fight to the last ship. After lengthy negotiations, the Dominion leaders decided that surrender was the only option. The war is over and the last of the Dominion fleet is to be pushed back to the Gamma Quadrant.

Prior to the surrender, however, a small splinter group of the Dominion fleet attempts a last attack on DS9 in an effort to reclaim the station and regain control of the Wormhole. And with most of the Federation Alliances’ fleet in Cardassian Space, little is left to stand against them.

Find a Store Near you!