The Children of the Atom Blast Into HeroClix! 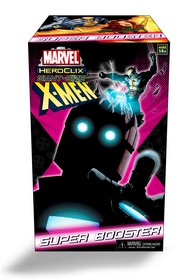 Arriving in stores everywhere March 2011, Giant-Size X-Men features the return of the X-Men, their allies and enemies to HeroClix! Drawing from over 40 years of comics history, Marvel's "First Family" of mutants burst onto the scene with over 60 new figures featuring dynamic sculpts and exciting new Special Powers!

Marvel HeroClix: Giant-Size X-Men puts longtime fan-favorite characters such as the X-Men and the Brotherhood of Mutants in players' hands, and introduces popular characters like the members of Next Wave and the Hellions for the first time ever in HeroClix! Comic book fans both young and old will thrill to these new additions!

Be sure to add Giant Size X-Men to your HeroClix collection today!

Featuring the standard, five-figure booster pack that fans have come to know and expect, Marvel HeroClix: Giant-Size X-Men also introduces the exciting "Super-Booster" concept into the game! Super-boosters will each contain one of six colossal-sized figures unique to this expansion. 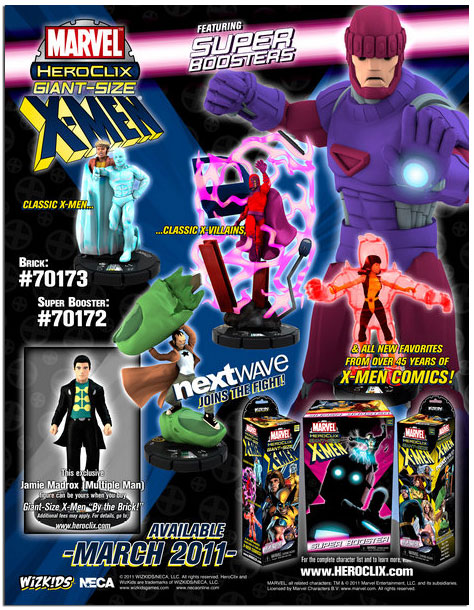 Over 60 New Sculpts and Special Powers!

Download the 2011 Heroclix Rulebook by clicking on the link below: (4mb)
2011 HC Rulebook 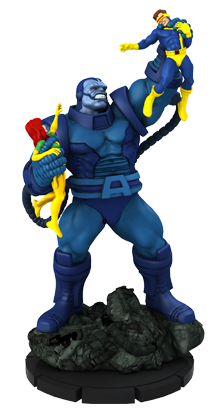