Defend the galaxy as you relive your favorite space battles with this generation-spanning cosmic expansion! Surf the spaceways or explore the astral plane with all-new versions of the Silver Surfer and Dr Strange, or crush your enemies with Galactus!

Marvel HeroClix: Galactic Guardians brings cosmic-powered battles to your tabletop as you collect powerful beings and the heroes and villains who dare challenge their might! And that’s not all! Six new fan favorite colossal figures arrive in HeroClix in the form of even larger Super Boosters!

Be sure to add Galactic Guardians to your HeroClix collection today!

Marvel HeroClix: Galactic Guardians delivers all of the cosmic-powered excitement you would expect, and sub-themes include the Nova Corps, Guardians of the Galaxy, Defenders, the Annihilation Wave and the all-new Annihilators! 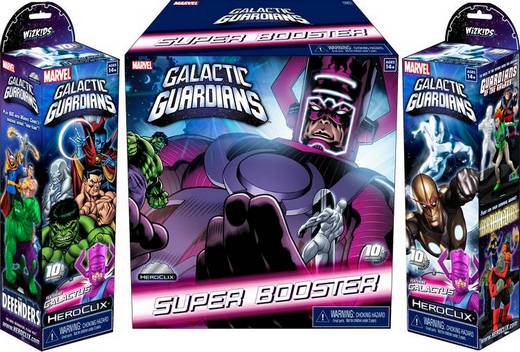 More Marvel HeroClix: Galactic Guardians action will be available in a six-figure “Annihilators” Fast Forces pack! Featuring sculpts also found in the Galactic Guardians standard release these figures will include all new dial designs unique to this product as well as include 2 new maps. 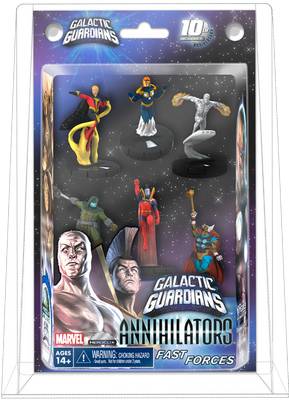 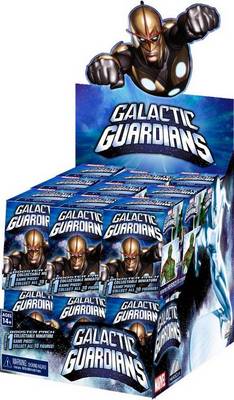 Super Nova races to defend the galaxy from all manner of cosmic threats! Marquee figures take the place of the former “Buy It By the Brick” figures. Now retailers can use these figures as retail incentives, additional prize support or even promotional items! With its own SKU order as many you like to meet the growing demands of your HeroClix sales. Marquee figures are a great way to feed interest in the latest HeroClix product! 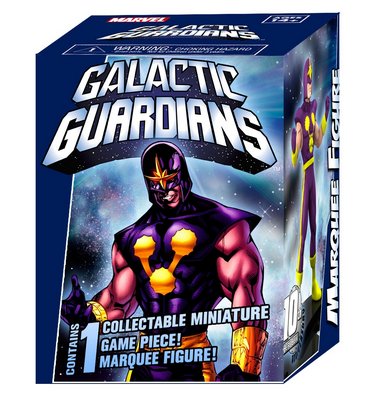 Download the 2011 Heroclix Rulebook by clicking on the link below: (4mb) 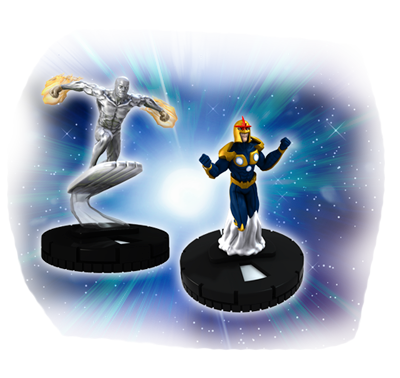