The Smurfs "No Smurf Left Behind" Board Game Overview

Smurf your way back home!

The Smurfs are trapped in the heart of New York City's Central Park, and the only way back home is through a magic portal that only opens once in a Blue Moon. However, the Smurfs' nemesis, Gargamel, has also found his way to Central Park and has captured Papa Smurf! Now it's up to the rest of the Smurfs to free Papa Smurf from Gargamel's lair and find their way home before Gargamel finds the spells he needs to close the portal forever!

Will the Smurfs make it back home, or will Gargamel succeed and trap the Smurfs? Play as the Smurfs or Gargamel and find out!

Fast paced action for Smurfs fans, young and old! The Smurfs are back in their very own Tag-a-Thon Game! Choose between 8 of your favorite Smurf characters as you rack up points by tagging other players in this fun-filled yet simple game! The Smurfs Tag-A-Thon game is great for two or more players, and allows you to play with as few as one Smurf each, or play with multiple Smurfs in a giant Tag-A-Thon game.

Complete your collection and play a large-scale game with multiple Smurfs! 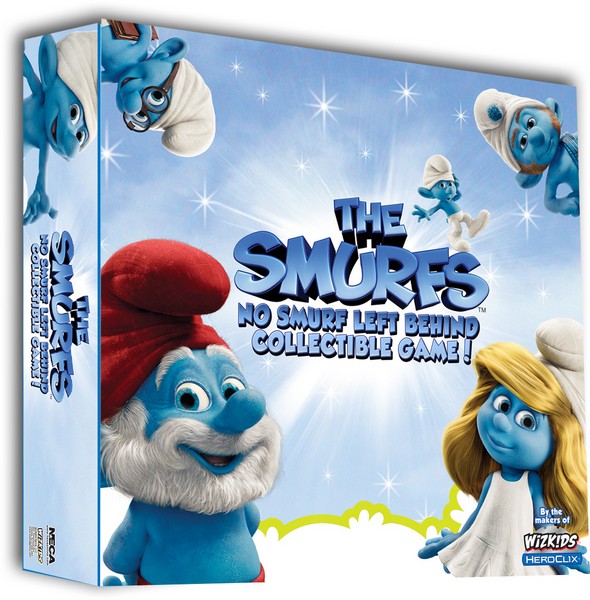 About The Smurfs "No Smurf Left Behind" Board Game 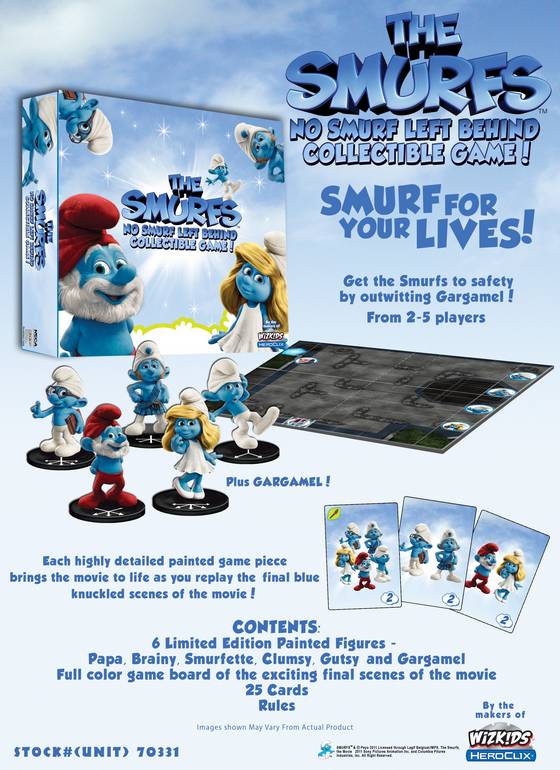 About The Smurfs "Tag-A-Thon" Game 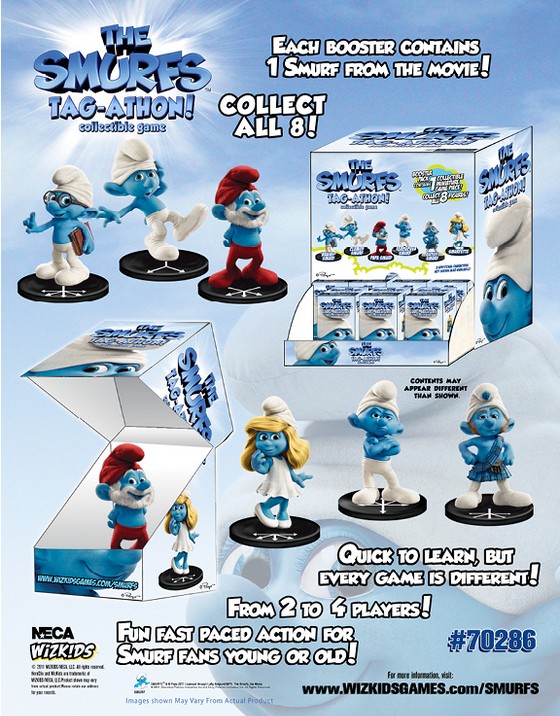 Additional rules for figures from The No Smurf Left Behind Game and Tag-athon game!

Each player needs a team of 2 or more Smurf figures to play!

Like Smurf's Tag-Athon, each player needs to use a coin or similar object to use as his or her Smurf base. Place a smurfberry (another small object like a coin) in the middle between the two Smurf bases. The goal is to kick the smurfberry from the middle to your opponent's base.

Each player takes turns moving all their Smurfs along the long side of the Smurf's Movement cards from the Tag-Athon game. Just like in Tag-Athon, you can bump your opponent's Smurfs. However, if you bump a Smurf, you only bump that Smurf you touched back (2x the short end of the move card), not all the Smurfs on your opponent's team.

You can kick the berry through other Smurfs, or you can have your own Smurf's stop the berry and if they haven't moved on your turn, kick it again. If a Smurf begins their turn in contact with the smurfberry they may move the berry with them and then kick it at the end of their turn, or kick and move, owner's choice.

Advanced rules: Play with more than 2 players and/or with more than 1 smurfberry in play at the same time. The player who kicks the first berry to either opponent's base wins.

Each player needs just one Smurf figure to play!

Set up a racecourse on the floor or table, using whatever you have available to mark the boundaries of the track. Each player places their smurf on the starting line, then takes turns using the movement card for the Smurfs Tag-Athon game to move their smurf along the course, alternating turns. Whoever crosses the finish line with the least number of moves wins the race!

Each player has 2 or more Smurfs in play, spaced at least a foot apart on a smooth flat service. Each player takes turns flicking a smurfberry (i.e. a coin) across the table towards their opponent's Smurfs (you must play the smurfberry from where it stops). If the smurfberry touches a Smurf remove it from the game.

The last person to have a Smurf in the game wins!

Advanced rules - Instead of sliding a smurfberry you slide the actual Smurfs themselves, and only in the direction of the arrows on the bases. If the smurf being slid falls at anytime they are removed from the game (along with any Smurf they touched while sliding). 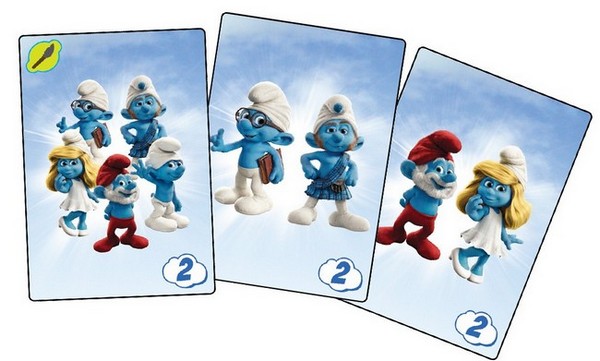 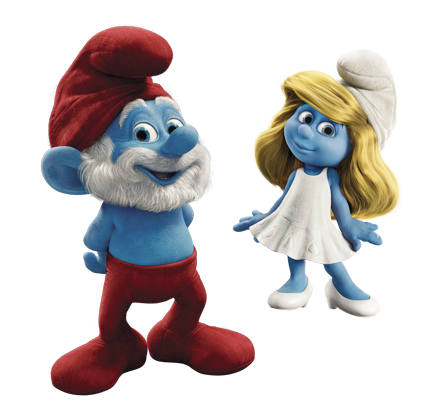