There has been some confusion regarding the following bullet point in the Tournament Instruction Sheets:

The intent of the suggested event directions is as follows: 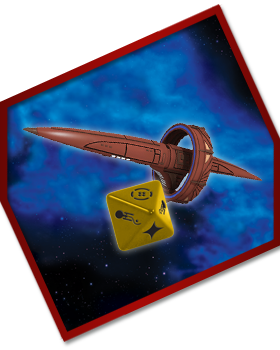 While you are in a battle with your enemy, you suddenly find yourselves in a different sector of space. In front of you is a tremendous ship in the shape of a cube. Q, a member of the Q Continuum, has transported both of your fleets into Borg space to “give you a taste of your future, a preview of things to come.”

“The Borg are the ultimate user. They’re not interested in political conquest, wealth, or power as you know it. They’re simply interested in your ship and its technology. They’ve identified it as something they can consume.”

“The hall is rented; the orchestra engaged. It’s now time to see if you can dance…”

—Star Trek: The Next Generation Season 2: Episode 16 “Q Who”

Each The Collective Month One kit includes:

The Collective Month Two – “The Battle of Wolf 359” 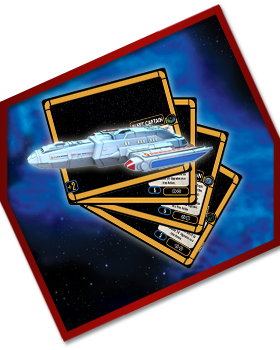 A Borg Cube has entered into the Wolf 359 System on its way to Sector 001. You have gathered an allied fleet to battle the Borg and to stop their advance into the heart of Federation space. This will not be an easy task. The Borg are unlike any foes you’ve encountered before.

Normally, the Borg would take the time to assimilate their prey, but with a fleet of ships bent on the Cube’s destruction, the Borg decide to simply destroy the ships at Wolf 359 and continue on to their primary target: Earth.

Your fleet quickly learns that it is indeed a futile gesture to attack, as the Borg Cube is dispatching your starships with ease. Your weapons are just not strong enough to do any real damage to the Borg Cube. But as part of the allied fleet, it is your task to do all you can to stop the Borg’s relentless progress. Can you defeat a seemingly unbeatable foe? Will your fleet survive the massacre at Wolf 359?

The Collective Month Three – “The Battle of Sector 001” 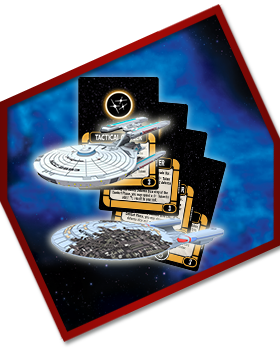 After the destruction of the colony on Ivor Prime, long-range sensors show that a Borg Cube is headed for the Earth. The Borg have entered Sector 001 and are preparing their second large-scale aggression in Federation space; to assimilate the Earth. The United Federation of Planets has assembled a fleet to defend the Earth from the Borg threat.

Unbeknownst to the defenders, the Borg have prepared a contingency plan in case there is resistance. The Cube carries within it a Borg Sphere which, when sent through a temporal vortex, could go back in time and assimilate the planet, defeating the Federation before it ever exists.

Will you be able to defend the planet and thwart the Borg’s plan? Or will the Earth become yet another Borg conquest?

Find a store near you!